The 85-member CAMP Rehoboth Chorus is now preparing for its February 2023 concert “Hooray for Hollywood!” to entertain you with hit songs from: Sister Act, SHREK, Titanic, La La Land,  Moulin Rouge, The Lion King and many, many more.

The concert will be directed by the inimitable Doug Yetter accompanied by Dave Zipse and a live band.  Larry Rosen and Barry Bugg help bring it all together.

To assure that our audience has an outstanding experience, Chorus members rehearse together every Monday, as well as at several special sessions with Jeff Buhrman. See below for more information on the Chorus Music Makers.

Purchase Tix to Hooray for Hollywood!

COVID Protocols: This event will be following whatever protocols are in place by the venue at the time of the event. 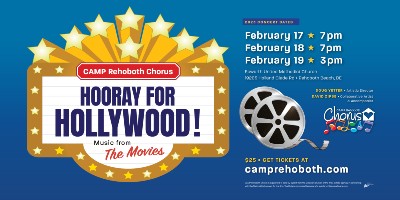 Throughout the pandemic, the CAMP Rehoboth Chorus hosted virtual, monthly cabarets. These are available for viewing on CAMP Rehoboth's YouTube page.

Thank you for your continued support of the Chorus. Please follow us on social media and on our website for updates.

CAMP Rehoboth Chorus is a diverse 100-member community chorus open to all and committed to presenting major, high quality entertainment for audiences throughout the region. It also includes a smaller Ensemble of select singers that perform in smaller venues not able to accommodate the full Chorus. Free outreach concerts are made available throughout the year at senior centers, assisted living and retirement communities and other venues including, the annual World AIDS Day service at All Saints Episcopal Church, the Rehoboth Farmers Market, the Rehoboth Art League annual open house, and Senator Carper’s Annual Holiday Toys for Tots fundraiser. Like CAMP Rehoboth, we are an inclusive community with a diverse and enthusiastic mix of LGBTQ, straight, young, older, single and married singers from all walks of life and levels of musical training and experience.

As a program of CAMP Rehoboth, the Chorus, founded in 2009, reflects CAMP’s vision to “Create a More Positive Rehoboth” by reaching out to all, celebrating LGBTQ diversity, and bringing the community together through the power of song.  The Chorus strives to provide the highest quality vocal music and entertainment to help promote cooperation, understanding, and inclusivity within the Chorus and throughout the community, regardless of race, gender, religion, age, physical abilities, or sexual orientation. Because music touches hearts in ways words alone never will, the chorus supports “Music and Memory,” a charity that enriches the lives of elderly and infirm people by providing each of them with an MP3 player that contains musical playlist based on their personal history and musical preferences.

Become a Sponsor of the CAMP Rehoboth Chorus 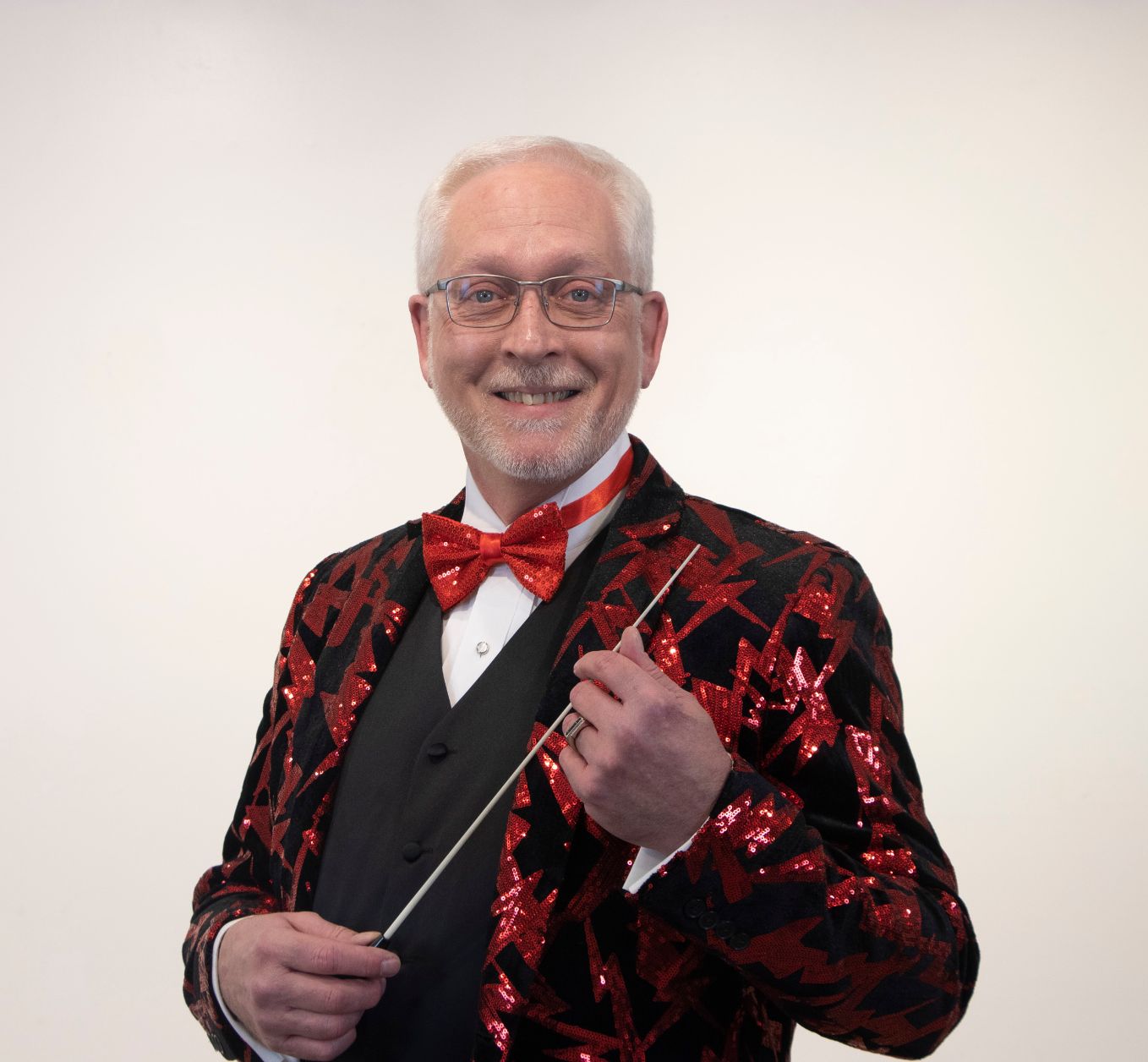 DOUG has enjoyed a lifetime in the arts as a conductor, arranger, composer, actor, director, and producer. He has nine published works for the musical theater (two having been produced off-Broadway), and an opera to his credit. In addition to his work with CAMP Rehoboth Chorus, he is the Director of Music Ministries for Epworth United Methodist, as well as co-founder and Artistic Director emeritus of the Clear Space Theatre Company. He graduated summa cum laude from the University of Maryland where he received his Bachelor of Arts in composition. He received and his Master of Fine Arts in Musical Theatre Writing from New York University. Doug is a member of the Dramatists Guild of America, the American Federation of Musicians, the American Guild of Organists, and the American Society of Composers, Authors & Publishers (ASCAP). 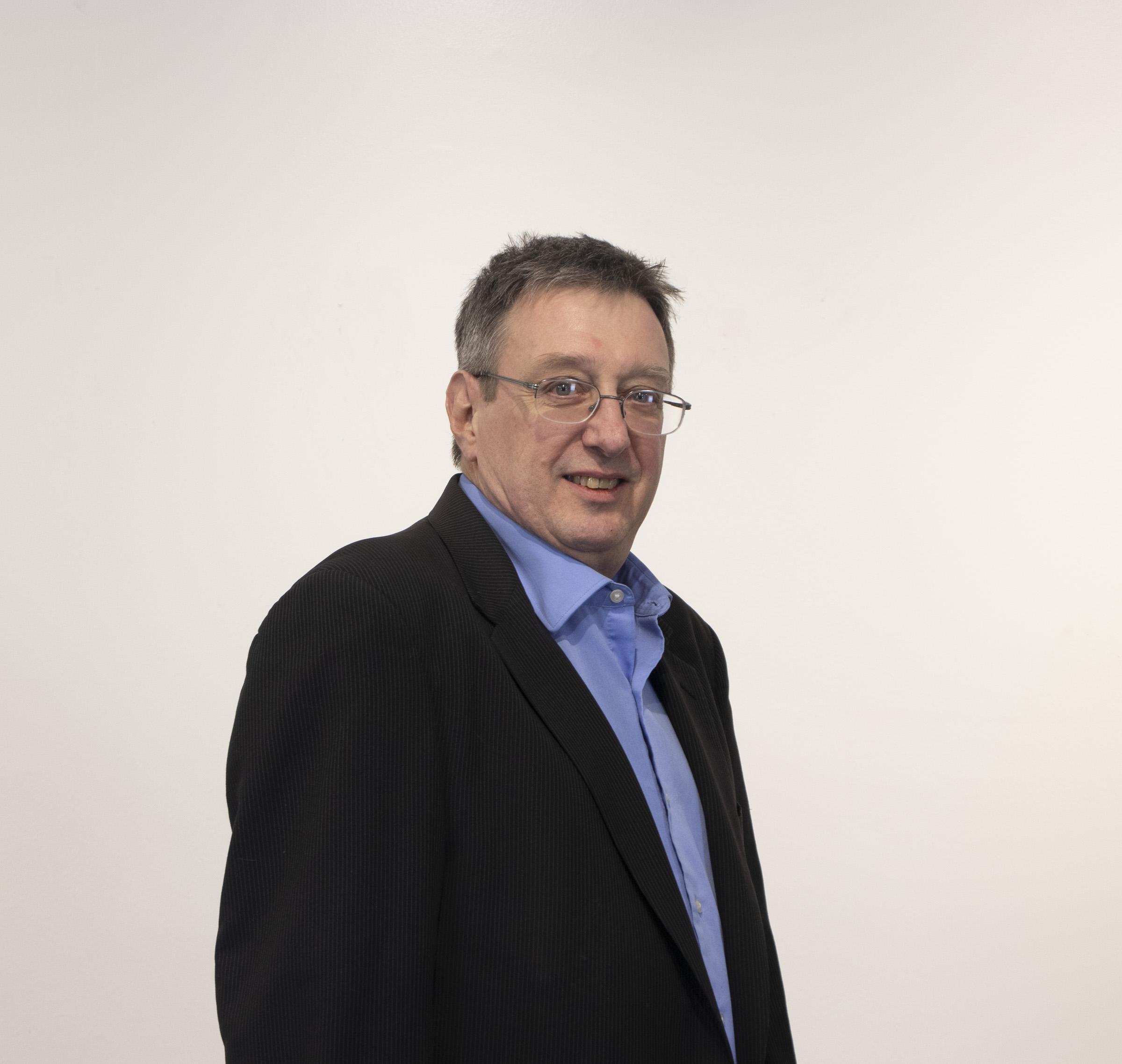 DAVE has an extensive and varied musical background as a solo performer, accompanist, conductor, and producer.  He graduated summa cum laude from the Shenandoah Conservatory of Music with a degree in Music Composition.  He is renowned for his vast repertoire over 1000 memorized songs and prides himself on being able to play most any request.  He has accompanied and acted with Opera Delaware in several productions, including the starring (and title) role of Gershwin, By George! at Wilmington’s Chase Center on the Riverfront, where he was acclaimed a “virtuoso” by critics.  DAVE is a popular performer in area restaurants and clubs and at the Rehoboth Jazz Festival.  He continues to work as music director and accompanist for musicals and shows. 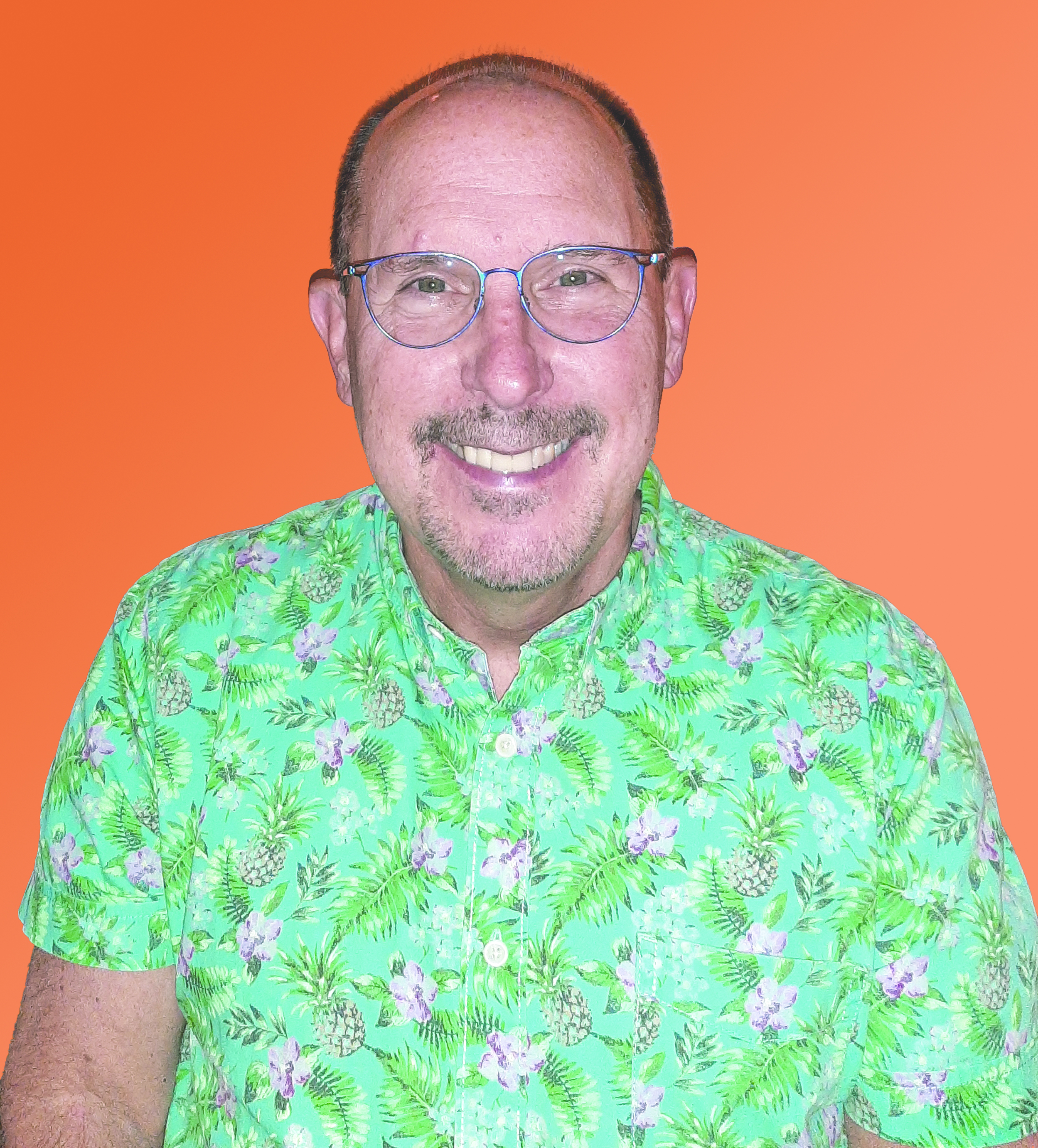 DAVE grew up in Lancaster County, Pennsylvania, where he discovered his musical talents at an early age.  He began piano lessons at age eight and quickly found himself accompanying (and singing in) area choirs and choruses.  After 30 years in public education, in 2012 he retired to Rehoboth Beach and currently serves as the director of music at St. Martha’s Episcopal Church in Bethany Beach and is on the board of the American Guild of Organists.  Dave continues to provide accompaniment and musical direction for local theater productions.  His true claim to fame is being the fourth-grade teacher of two-time Tony Award nominee Jonathan Groff. 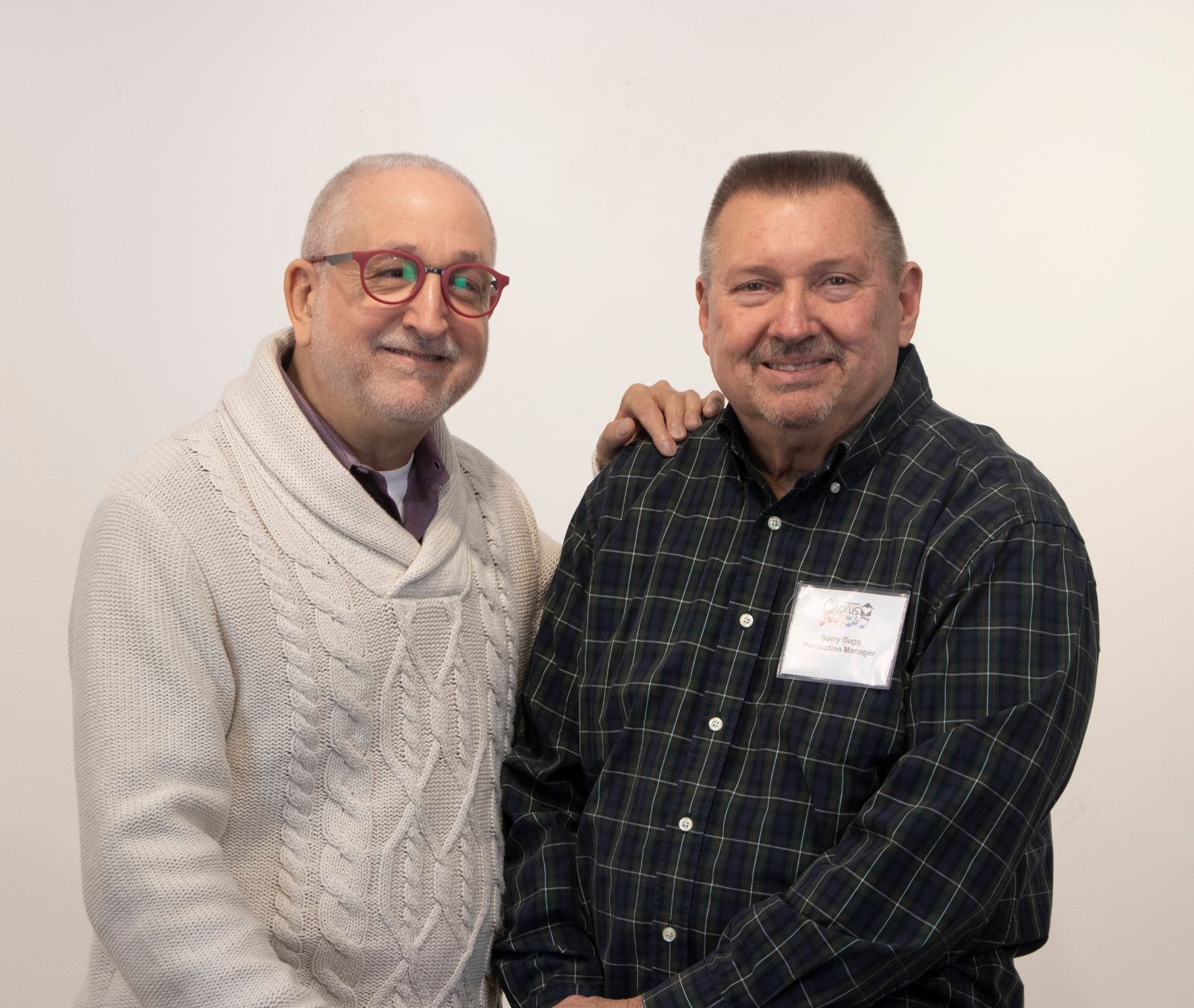 LARRY and BARRY serve as Production Managers for the Chorus after 20 years of serving the same role for the Gay Men’s Chorus of Washington DC.  Barry also worked and volunteered in theater and choral production for nearly 10 years prior to his work with the Gay Men’s Chorus of Washington DC.  They coordinate with Doug about stage performance, prepare concert venues for performances, coordinate any necessary costuming, direct staging, and manage the sound and lighting.

The Chorus is fortunate to have such a talented and experienced team leading it.

The overall policy and direction of the Chorus is governed by a Leadership Committee consisting of seven (7) Chorus members who are elected by the membership, receive no compensation, and are dedicated to the community enrichment and outreach purposes for which the Chorus was founded.

Section Leaders:  Section leaders promote artistic excellence by providing the critical communication link between chorus members and musical and other leadership. For example, they assure that their section members are kept apprised of program expectations and information, track attendance, and arrange sectional rehearsals. They also coordinate with other section leaders to assure consistency throughout the organization.

This program is supported in part by a grant from the Delaware Division of the Arts, a state agency, in partnership with the National Endowment for the Arts. The Division promotes Delaware arts events on  www.DelawareScene.com. Additional support comes from donors and advertisers. For more information, call 302-227-5620.