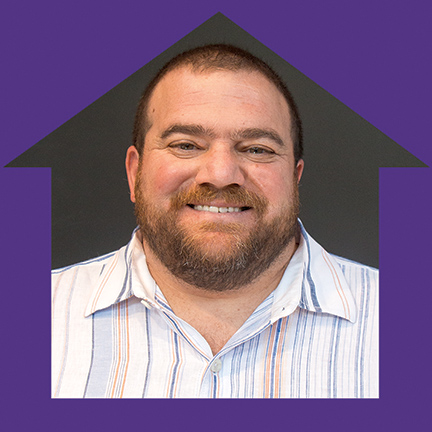 John Lucas was born in Lemoore, California, located in central California near Fresno. For half of his life, he lived in Ramona, California which is an hour northeast of downtown San Diego. In 2015, John left California, moved to Delaware, and became a resident of Rehoboth Beach. For 20 years, John’s parents were foster parents, so, he grew up in a large family. John has two older sisters, three adopted brothers, a foster sister, and a half-brother.

John graduated from Ramona High School and attended Palomar College for three years. He left college to become a Pastor at a local church in Ramona where he was the high school Pastor for two years, junior high Pastor for three years, and Worship/Assistant Pastor for two years. In 2006, after being outed by a “friend” in the Los Angeles area, he was forced to step down from his position as a pastor, give up his ordination, and attend Exodus, an organization that claims to be able to transform persons from gay to straight. After nine months in Exodus, with a threat of a lie-detector test, and overwhelming evidence that he was gay, John left the church for good and moved to Los Angeles.

John and his partner Mark Purpura met in Oakland, California in December, 2013. John was having dinner with a friend, who introduced him to Mark. They exchanged phone numbers, and the rest just fell into place. They are parents to three four-legged cuties named, Pippa, Bo, and Elton.

I began volunteering at Sundance not too long after I moved here in 2015.

I have been involved with the setup and breakdown for a lot of the CAMP Rehoboth events—Block Party, Silver Anniversary, Sundance, the Sundance 5K, and the Bear Weekend).

When the marriage bill passed, and we had an impromptu celebration at the CAMP Rehoboth Community Center. There was happiness all around.

My best memory is the Block Party. It was great, and just seeing Baltimore Avenue shut down with everyone—gay and straight—having fun was amazing. There was a sense of unity, and we weren’t defined by who we choose to share a bed with every night.

Each season has its own special time, which is why I love it here. My favorite is summer. I love seeing all the people flocking to Rehoboth for a good time at the beach, and good times all around. It’s fun seeing the streets filled, and the restaurants packed. To be more specific, September has become special due to the Rehoboth Bear Weekend we started two years ago.

Name a childhood mentor or someone who influenced you while were growing up.

I would have to say my Dad. He was an amazing father, and friend. His guidance was priceless.

I would hang out with my partner, Mark, and the puppy dogs.

My favorite is San Francisco. I have many friends who live there, and it is a gorgeous city with lots to do.

2016. That’s when I was able to move in with my partner and take on the parent roll to three of the best dogs in the world.

My favorite holiday is Christmas. I just love everything about it…very nostalgic. My parents both loved that time of year, and our house always showed it.

I wasn’t really sure what I would see since I had only been out for a short number of years. Now, living in Delaware for the past few years has caught me up big time, and given me a sense of pride for where I live. We are really ahead of the times when it comes to equality!

Given the new political climate, are you concerned about the possible loss of rights for the LGBT Community? Please explain why or why not.

Of course I am, especially with our commander-in-chief. I grew up on a small farm, or what we called a small farm in San Diego, and I liken him to a chicken with his head cut off. He’s just flopping around and making no sense. After seeing what has happened over the past several months, I don’t think he is going to have time to overturn much. He’s going to spend most of his time fixing his own mistakes, and the consequences that come with it.

We have a house in downtown Rehoboth, and I have been coming here regularly for the past three and a half years. We are in town almost every weekend.

I think it would have to be the “Bear” community. Not only do we have a strong core, but we are now supporting many causes dear to us, and are able to serve more in the community as a group. We’ve had a couple of speed bumps along the way, but it only strengthened us as a group—a big, furry family.

Name three events that you feel have shaped your life.

First, meeting my partner Mark Purpura; second, becoming a parent to our three beautiful dogs; and third, moving to the best state in the country.

I am a night owl, for sure.

I am most thankful for my partner Mark, and our puppies. They mean the world to me.

John, all of us at CAMP Rehoboth are glad you decided to move from the west coast to our great little town of Rehoboth Beach. You haven’t been here long, but it certainly feels like you have. As soon as you got here, you jumped right in and started volunteering. For that, we are very grateful. 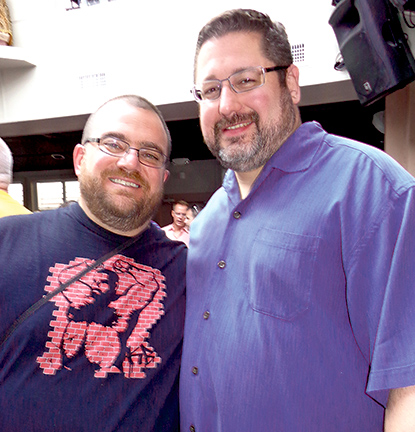