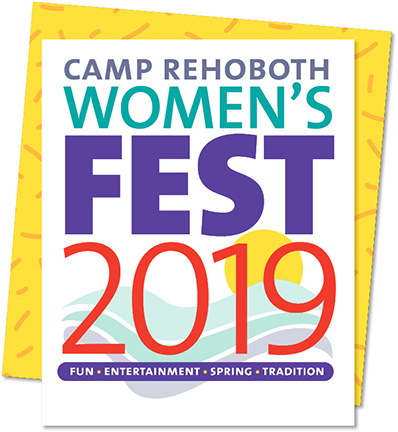 The young singing/songwriting duo Mouths of Babes takes the stage Saturday afternoon and again Saturday evening; comic Karen Williams’s only show follows the evening concert. Presenting sponsor Olivia Travel, along with a long roster of generous local and regional sponsors, makes much of this possible.

The FEST Pass (at least a $107 value) will be sold for $80, and includes a ticket for Friday night’s headliners, a ticket to the Mouths of Babes show, a Women’s FEST sweatshirt designed by Geri DiBiase, and invaluable guaranteed access and early seating to concerts, the keynote, and events.

For 2019 there are more exciting events than ever before. The Keynote Speaker is Pamela Stewart, Vice President of Retail Sales for Coca Cola North America and Board Chair for the non-profit GLAAD.

Added to these inspiring sessions will be young activist Mei-Ling Ho-Shing, a survivor of the mass shooting at Marjory Stoneman Douglas High School.

In addition to the rocking Ladies 2000 dance party on Saturday night at the RB Convention Center, the hugely popular Thursday night Welcome Party also will be at the Convention Center. Having outgrown the space at the Atlantic Sands Hotel, the opening party will now feature enhanced lighting and sound, plus plenty of room for the hundreds of women who converge to launch Women’s FEST.

Along with the musicians, comics, and special events, there will be a giant book fair; a craft expo; the annual golf, pickleball, cornhole, and biking events; plus the signature Sunday Broadwalk on the Boardwalk to fight cancer. To end the weekend, author and humorist Fay Jacobs will bring her one woman show, STILL Aging Gracelessly: 50 Shades of Fay, back to town for one performance only.

But wait, there’s more! Presenting sponsor Olivia Travel has generously donated a Gems of the Italian and French Riviera Luxury Cruise for two. Women’s FEST is raffling the trip, worth more than $11,000, with a $20 raffle ticket (six tickets for $100) and only 600 tickets will be sold for this October 5-12, 2019 cruise. The odds are excellent!

Raffle tickets are on sale NOW at camprehoboth.com and will be sold throughout the FEST. The winning ticket will be drawn on Sunday, April 14, at the Broadwalk on the Boardwalk. You need not be present to win! ▼ 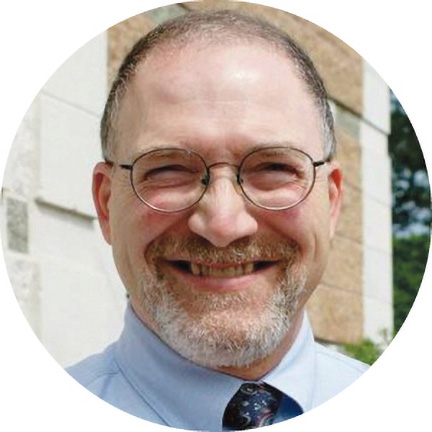 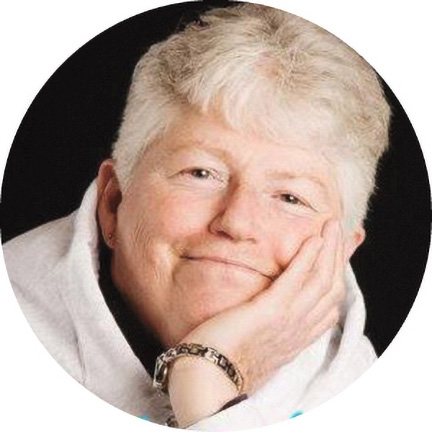 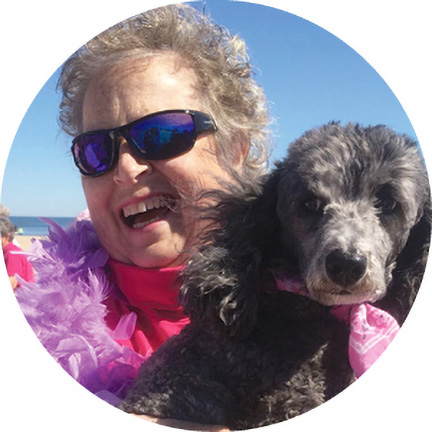 CAMP Chorus Singers! Anthony Chiffolo, left, is a tenor, in his sixth season; Gail Tannenbaum, center, a soprano, has been with the chorus for four seasons; and Barb Ralph, right, an alto, is an original chorus member in her 10th anniversary season.

The CAMP Rehoboth Chorus will present its 10th Anniversary Show, Seasons of Love, Friday, February 15 at 7 p.m., Saturday, February 16, 7 p.m., and Sunday, February 17, 3 p.m. All performances are at Epworth United Methodist Church on Holland Glade Road in Rehoboth Beach. Tickets are $25 and on sale now at camprehoboth.com.

Bursting with songs the chorus loves—show tunes, rock and roll, the Beatles, rousing patriotic numbers, and uplifting spirituals—the concert will be a retrospective of a wonderful decade of song.

Liane Hansen, former host of NPR’s Weekend Special Edition, will emcee the show, which features all the music and gleeful fun (dueling Elvises anyone?) that are hallmarks of the CAMP Rehoboth Chorus.

These concerts always sell out, so purchase tickets as soon as possible ▼

Comic Drama In the Wake February 22-24

CAMP Rehoboth will produce In the Wake, by Broadway playwright Lisa Kron, directed by Kay Cummings, on February 22 and 23 at 8 p.m., and February 24 at 2 p.m. at the CAMP Rehoboth Community Center. 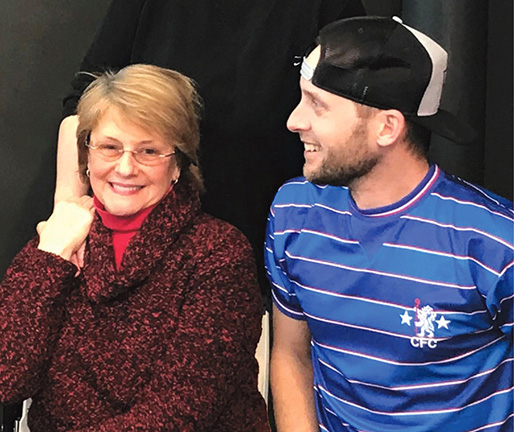 The play is a funny, passionate, and ultimately searing script about politics—but is actually about love and loss and risk and relationships.

Kron's works are humorous and poignant looks at life by someone who has often described herself as an outsider. Her experiences as a Jewish woman living in a predominantly Christian Midwestern city, or life as a lesbian working in traditional theatre, provide rich material for her plays.

This particular script takes place Thanksgiving of 2000 when the presidential election still has not been decided. The main character, Ellen, deals with the political turmoil as well as upheaval in her personal life.

The play’s director, Kay Cummings, is a successful writer, actor, and director in her own right. She has played leading roles off-Broadway, in national tours, stock, repertory theater, television soaps, series, and commercials. Cummings appeared in Stop Kiss, and as Dr. Kitty Cochran in Last Summer at Bluefish Cove at CAMP Rehoboth ▼