Robert G. Voight of St. Petersburg, FL, formerly of Rehoboth Beach, DE, passed away suddenly at home on Friday, October 15, 2010. He was 48.

Rob was born in Wilmington, DE on May 16, 1962. He was the son of the late Gloria Griest and the grandson of the late Gertrude Voight. Rob worked in the hospitality business all his life, and he said that his years of restaurant employment sparked his love of cooking and entertaining. In Rehoboth, he worked at the Blue Moon, Cloud 9, and the Lamppost Restaurants. He was an avid reader, and he loved music, theatre and travel. Most of all, he loved people. Rob will be remembered for his generosity and his kindness to all, as well as his wicked sense of humor.

Rob is survived by his sister Peggy Salisbury and her husband David, of Bridgeville, DE; nephews Brian and Ben; great nieces Bianca and Briella; a great nephew Jake; and many dear friends, especially Margie Dowty of Key Largo, FL, and Sharyn Warwick of Harbeson, DE.

Donations may be made in Rob’s memory to Island Dolphin Care (150 Lorelane Place, Key Largo, FL 33037), which provides a motivational dolphin therapy program for children with special needs. 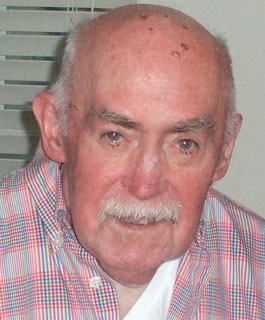 Jim Harrison, 78 years old, passed away peacefully Tuesday, October 20, 2010 in the Delaware Hospice Center. Jim was a resident of the Rehoboth Beach and Lewes area for 15 years.

Jim was born January 31, 1932 in Baltimore, Maryland to Wallace Harrison and Anna Williams Harrison. He is survived by his partner of 27 years, Wayne Baker; brother William Harrison and his wife Betty of Church Creek, Maryland; nieces Denise and her husband Frank Marcotte of Clarksville, Maryland and Patty and husband Patrick Harvey of Towson, Maryland. In addition, he is survived by two devoted nieces, Annie and Katie Marcotte and a nephew, Paul Marcotte. He is preceded in death by his sister, Sylvia Harrison Pierce.

Jim attended Baltimore area schools and graduated from Eastern Pennsylvania Bible College. He worked and lived in the Washington, D.C. area for many years retiring from the Department of the Navy as a Procurement Analyst. Following this he worked for the National Alliance for the Mentally Ill (NAMI).

Jim and Wayne retired to the Rehoboth are in 1995 where Jim volunteered with NAMI and worked at the QVC Outlet. They celebrated their partnership with family and friends in a Commitment Ceremony, June 6, 1999 in Rehoboth, Delaware.

One of Jim’s greatest passions were his beloved pets, Bundle, Mitzie, Lady B, Pepper, and Callie. His greatest enjoyments came from caring for and walking them. Jim also enjoyed the outdoors, camping, traveling and reading.

Jim was an active member of Alcoholics Anonymous, celebrating 26 years of continuous sobriety in September of this year. He was well respected and loved by many in this community and has helped many in their recovery journey with his honest support and witty personality. He will be missed by many. He was a member of the Metropolitan Community Church of Rehoboth.

A Celebration of Life was held on Sunday, October 31, 2010 at the University of Delaware Virden Center, in Lewes, Delaware.
Wayne and the family request that contributions in Jim’s name be made to Delaware Hospice Center, 100 Patriot’s Way, Milford, Delaware 19963.

John Andrew Zaucha II, 49, a resident of Lewes for the past 12 years, passed away Thursday, November 2, 2010, at the Delaware Hospice Center in Milford.

John was born in Baltimore, MD, the son of the late Carl E. Zaucha and Marilyn Hurst of Lewes.

A self-employed interior decorator, John was also a female impersonator; his stage name was Erica Skyy. He enjoyed watching TV and shopping. He is survived by his mother, Marilyn Hurst, and her husband, Carmen, of Lewes.