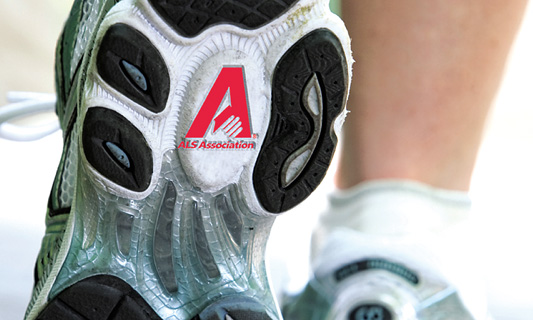 ALS: Art for the Cause and Rehoboth Beach Walk Takes Place in September

What is at first devastating, can be paid forward. You think life as you knew it is over, but then you realize you can go on with your life and a lot of good things will come to you.” —Jo Pokorny

Good things, like Team Ted. That’s the group that walked, more than 60 strong last year is the ALS walk in Rehoboth Beach. And Team Ted, supporting Rehoboth’s Ted Pokorny, is getting ready to walk again on September 17 for the fifth annual walk. Last year there were more than 35 teams participating.

Ted, who was diagnosed with ALS (Lou Geherig’s Disease) in 2010, and his wife Jo are well known in and around Rehoboth, supporting CAMP Rehoboth as well as having a big presence in the Greater Philadelphia ALS association.
They have fronted TEAM Ted and look forward to this coming walk to raise awareness about the disease and help raise money for research. The 2011 Rehoboth Walk to Defeat ALS will take place with registration beginning at 8:30 am, Sept. 17, and the walk setting off from the Rehoboth bandstand on the boardwalk at 9:30 a.m.

But even before the walk in September, there will be a fundraising event, Art for the Cause, on Sept. 9 from 5-8 p.m., at the CAMP Rehoboth Community Center. On that night, there will be a huge selection of donated artwork, including prints, watercolors, custom jewelry, painted furniture, sculpture, and photography for sale for the cause.

Ted and Jo report that they were contacted by the son of an AP photographer who will be donating valuable photos of Joan Crawford and Dale Earnhardt for the cause.

In addition to Ted, long-time CAMP supporter Terry Jones will be participating in the walk in honor of his partner of 29 years, Joe McNally, who was recently diagnosed with ALS as well. As Terry writes, “Joe is courageous in his battle with ALS. During his struggle with the debilitating effects of ALS, Joe forever inspires us with his bravery and determination. This inspiration encouraged me to join the fight against ALS. I hope you will join me as we work to help everyone living with this disease.”

Joe and Terry’s team is Joe’s Troopers. They, along with Ted and Jo and other local people working to defeat ALS, can be supported by going to the ALS Association of Greater Philadelphia web site to sign up.

The work to raise awareness of the disease, funds for treatment, and research for a cure is a huge challenge. Many, many of the people affected by the disease, whether it be personally as a patient or having it touch family or friends, work really hard to keep ALS in the forefront of people’s minds.

“The hardest thing is to know how to draw the line between personal life and working for fundraising. You have to find a balance,” says Ted.

And raising funds, through art sales or boardwalk walks is one way to do both, and it brings friends together to have a great time while working to defeat ALS.

Whether you join Team Ted or Joe’s Troopers, get involved!