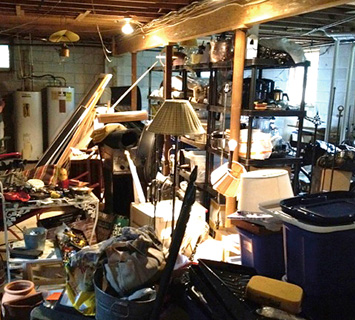 You never know what’s in someone’s basement. That’s the premise behind the horror movie Nightmare on Elm Street and an interesting exhibit called The Projectionist, running at the Biggs Museum of American Art in Dover until June 23.

I stumbled upon the exhibit during one of my rambles ‘round Delaware. The Biggs Museum houses a top notch collection of American fine and decorative arts, including some Delaware and regional pieces. The Projectionist is a book, film, and traveling exhibition about the life-long movie theatre dreams of a man named Gordon Brinckle.

Gordon Brinckle was born in Philadelphia. As a sickly child, he became enamored with theatres and movie projectors. He worked as a theatre decorator and built his first theatre in his parents’ basement in 1936. He called it “The Casino.” During WW2, he talked his way into a job screening training films for the army. Once, while stationed in China, he constructed an outdoor theatre from sailcloth on the top of a mountain. After the war, Brinckle went to work for the Everett Theatre in Middletown, Delaware, rising up from doorman to manager to projectionist. He held the job for thirty-three years until the Everett closed.

In his spare time, Brinckle constructed a miniature movie palace he called the “Shalimar” in the basement of his 1950s ranch style home. His wife Dot was supportive. Decorated in bright pink and gold, the theatre housed a marquee, box office, organ, working curtains, spotlights, and a movie projector. Nine movie seats were bolted to the floor. Yet, he never showed movies.

Very few people knew of the theatre’s existence until photographer Kendall Messick brought it to life. Messick grew up across the street from the projectionist and remembered visiting the theatre as a boy. He and Brinckle worked together on the project until Brinckle’s death in 2007.

Brinckle’s story got me thinking about my own basement and what, if anything, it says about me.

I have a big basement, about one thousand square feet. And I can extend my arms upwards and not come close to touching the ceiling. To build it required engineers to slowly jack up the old cottage a full six feet in the air. It was such a surprisingly gentle process that I didn’t even need to remove paintings or mirrors from the walls.  A bulldozer removed at least a dozen truckloads of dirt.

What they quickly took out I have slowly replaced. In my basement today I can count three ladders, two rocking chairs, dozens of old paint cans, and umpteen clay pots, crock pots, coffee pots, and crab pots. There are twenty-four lamps scattered throughout. In addition to one aqua convertible car hard top, I’m storing a half dozen damaged bicycles, a couple of skim boards, a pair of rollerblades, and one yellow Sony Walkman that still works.

There are lots of boxes: white Christmas lights, tangled; shoes, mildewed; linens, mismatched; shorts, too small. Towards the back of the basement sit an old hot water heater that doesn’t work and a new one that does. I have no idea if the Mexican chiminea functions at all. There are cross saws and crowbars and crutches, bird feeders and birdhouses. Stacks of rusty beach chairs rest beside leaky coolers and tattered umbrellas. I store four rakes, six rubber hoses, a Weedwacker, an electric hedge trimmer, and a chainsaw in my basement. Out of principle, I do not own a leaf blower.

It would be too easy to think of the content of my basement as merely a hangover of unfinished projects, unwanted gifts, and shopping binges. But, like Gordon Brinckle, I like to think I’ve created a multi-faceted work of art below my home.

In one corner, one can take in the history of home cooling in America: mid-century floor fans, box fans, modern high-velocity floor fans, ceiling fans, window unit air conditioners, and tubes of central air ductwork. Strolling about with a glass of wine in hand, one might think he was perusing the stalls of Marché aux puces Saint-Ouen in Paris in search of old books, vintage cocktail paraphernalia, candle sticks, tasteful garden statuary, and other charming knickknacks that gentlemen desire.

Yes, one certainly feels a heightened awareness of life’s hidden labyrinth here in my basement. There’s also a sense of nostalgia, of faded finery, and the sweet smell of things past their prime.

The Projectionist is an eccentric and fascinating story about one man’s lifetime obsession with the movie palaces of yore, as well as an ode to what it takes to be an artist. If you want to see the actual “Shalimar,” you’re in luck; the theatre is part of the multi-media exhibit at the Biggs Museum. I highly recommend it.

And while you go take it in, I’ll be organizing my basement. Things have gotten a little out of hand. I foresee one hell of a yard sale coming….

More of Rich’s Stories and Photos