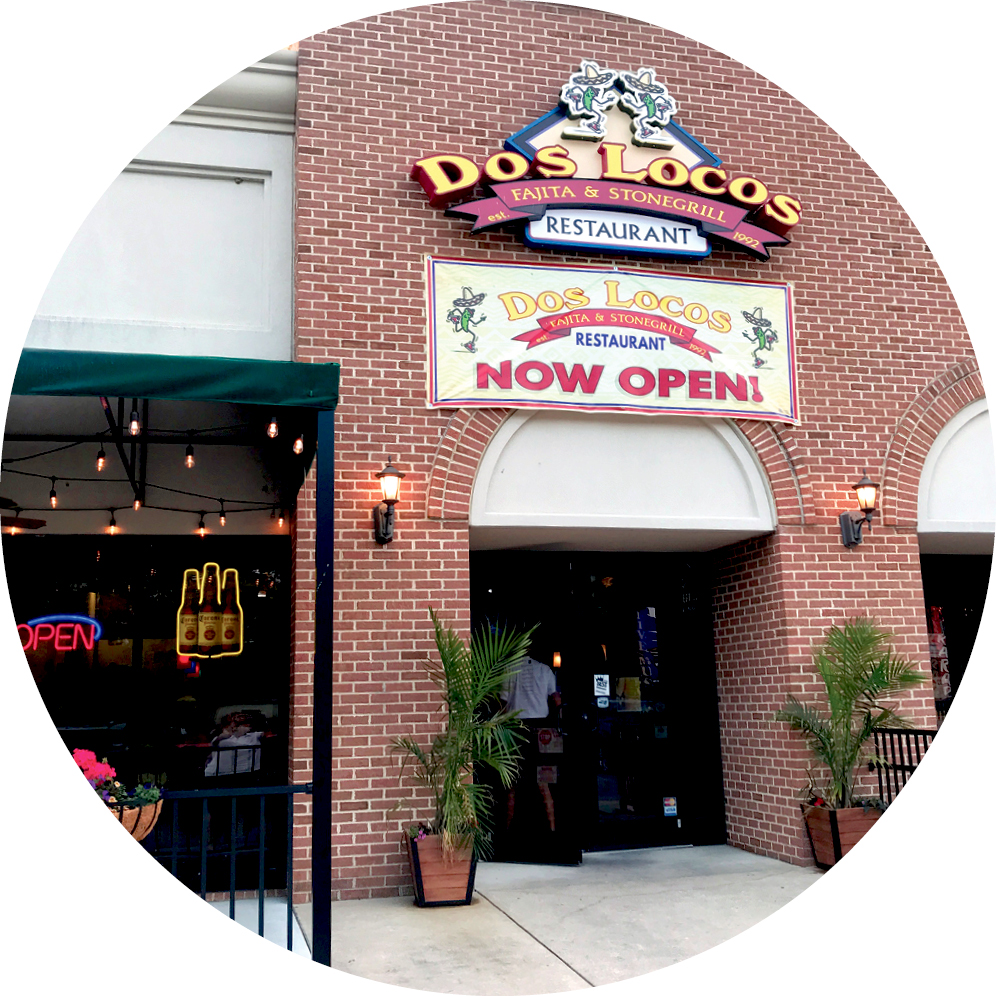 Dos Locos Fajita and Stonegrill, now in a pair of locations in the area, has been around a long, long time.

Two self-proclaimed loco ladies opened it in the mid-1990s before they retired to Florida. Then, it was taken over by Joe Zuber and Darryl Ciarlante, who now own Diego’s Bar Nightclub. That duo really ran with it.

Its debut location was at 101 First Street. Then it moved to Wilmington Avenue in the spot now occupied by the Shorebreak Lodge. Then, in a terrific move for the restaurant, the owners bought the Rehoboth Avenue building where the Abizak’s furniture store used to be. They built it out like crazy, I mean loco, and it has thrived on the avenue ever since.

I remember the day the restaurant moved from the Wilmington Avenue site to Rehoboth Avenue, with all of the employees parading from one site to another carrying restaurant supplies. It was a Dos Locos pride parade.

When the guys sold the restaurant three years ago (thinking they wanted to retire—ha!), new owners, brothers Mit and Ayan Patel, took over and were determined to keep the place as beloved as always. And it has carried on exactly that way, known for icy cold jumbo margaritas, seafood infused Mexican dishes, and the unique stone-grilled entrees you can find nowhere else around.

Well, now you can. With the downtown location still thriving, Dos Locos has launched a second location, on Route 24, just off Route One.

With decor that mirrors the downtown location and a matching menu to the mothership, the new Dos Locos is smaller, a little quieter (at least at happy hour), but just as busy and just as much fun.

We started dinner with warm chips and salsa, adding a fiery cheese dip, Queso Blanco. The margarita choices are legendary as are the Locotinis, more my style! But my spouse adores the margaritas. Dos Locos has been known to have over 70 choices of tequilas.

Our attentive waiter, Branco, recommended the Carne Asada Platter (something I’d never tried at Dos Locos before), saying it was his very favorite menu item. He didn’t steer me wrong. The deliciously seasoned thinly sliced beef was served with rice, beans, and a salad, and it is now my new favorite, too. Although It’s hard to choose among all the fajita choices, tacos, and amazing stone-grilled meals.

If you’ve never tried the stone grilling, it’s a great choice. Your selection of a variety of beef cuts or lamb comes to the table with a sizzling stone so you can cook individual bites, take your time, and savor the experience. I love the baseball steak, so I can cook it as rare as possible. But the stone grill is hot, hot, hot! Not for the kids. Although there are dozens of other menu items suitable for youngsters.

Each of the stone-grilled meals comes with the diner’s selection of a rub, including zesty and spicy Montreal, garlicky Taos, lemon and garlic Pueblo, Lemon-Pepper, or sweet and nutty Pecan, plus a sauce like Bourbon, Teriyaki, Zesty Orange, or BBQ. It’s a party!

But then there are the numerous Mexican lobster dishes, the burritos, the other seafood dishes, and so much more to choose. Bonnie chose her all-time favorite, the Crab Quesadilla—just filled with crab, tomatoes, and melted cheese, and topped with sour cream. There’s a dusting of Old Bay, too, and the whole thing comes with a salad. She loved it.

Whether you go to the new Dos Locos for Happy Hour and fill up on appetizers like Crab Mountain, Flautas, Shrimp Guacamole, or a dozen others, or come for a full dinner, Dos Locos’ new home on Route 24 will feel familiar and brand new at the same time.

The official address is 18766 John J. Williams Highway, but just turn onto Route 24, drive past McDonald’s, and you’ll be there.

The menu selections are loco and now there are dos.▼