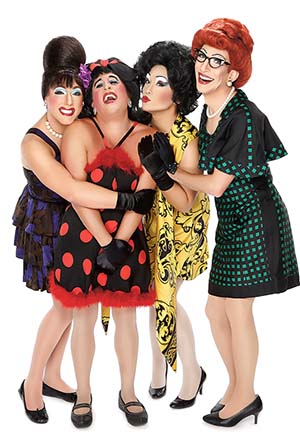 Tickets are now on sale for The Kinsey Sicks: Things You Shouldn’t Say by the hilarious Dragapella® group. The show, at 8 p.m. on July 20 at the Rehoboth Beach Convention Center, presents the remarkable true story of four friends from San Francisco who had a life-changing epiphany at a Bette Midler concert. That epiphany led them to form the Kinsey Sicks, in an effort to find joy during the darkest days of the AIDS crisis.

Come join the Kinsey Sicks, America’s favorite Dragapella® beautyshop quartet and laugh along with them. Tickets are available now starting at $35 at camprehoboth.com. It’s the first show in recent memory at CAMP Rehoboth to carry the following warning: Views expressed in the show do not necessarily reflect those of CAMP Rehoboth, the Board, or the staff.

Oh boy. As the Kinsey Sicks say, “if you love Trump, you’ll hate this show.” Get your tickets now! ▼

HeART & Soul is Up and the Bidding (and Buying) has Begun!

Bidding is open now through June 1 at the CAMP Rehoboth Gallery for works by 14 popular and very accomplished artists, for this project called HeART & Soul. The artwork may even be purchased outright through a new “Buy Now” feature and several pieces are sold already. Don’t wait to check it out!

It’s a chance for bidders to buy art to enhance their homes or offices, and raise money for CAMP Rehoboth at the same time. The works are on display now at the CAMP Rehoboth Gallery, with bidding ongoing through the Art Reception and Bid Party at the Gallery on June 1 from 4-7 p.m.

Art lovers who cannot attend will be able to designate a proxy to bid for them up to a maximum bid on a specific piece of art. Bidders will need to sign a proxy form, available online. 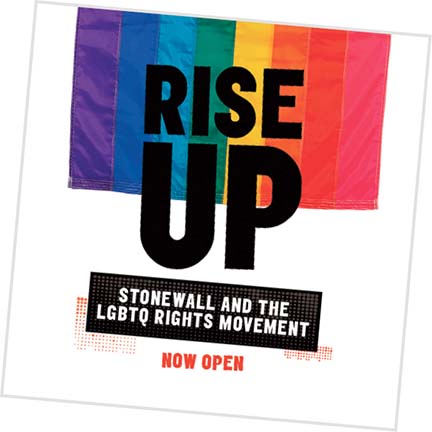 Rise Up! CAMP Rehoboth has organized a bus trip on May 29 for a day in Washington, DC to visit the Newseum and its new exhibit, Rise Up: Stonewall and the LGBT Rights Movement.

The bus will depart promptly from the CAMP Rehoboth Community Center at 8 a.m. on Wednesday, May 29, and return to Baltimore Avenue at CAMP Rehoboth in the evening around 7 p.m.

Tickets are only $40 for transportation, driver’s tip, and admission to the Newseum, thanks to the CAMP Rehoboth Health and Wellness Program.

See a great exhibit and have time to explore DC for a very reasonable price. Must have 45 participants to make the trip a “go”—so sign up today at camprehoboth.com. ▼

…and Voices from Stonewall A Theatrical Event at CAMP Rehoboth

On Saturday, June 22, Voices from Stonewall, a moving, fascinating, and entertaining tribute to the 50th Anniversary of the Stonewall uprising will be on stage at the CAMP Rehoboth Community Center.

The audience will hear the words of the brave, angry, impetuous drag queens and closeted men and women at the bar that had been raided one time too many; the tales of reporters who witnessed the initial riot and following four-night protest; and the stories of the police officers, neighbors, and passersby who were swept up into history.

The show, conceived and written by Michael Gilles and Fay Jacobs, will feature Michael and Sally Gilles, Eloise Ullman, and others, bringing to life the pioneers who fought back on that terrible night in June a half century ago.