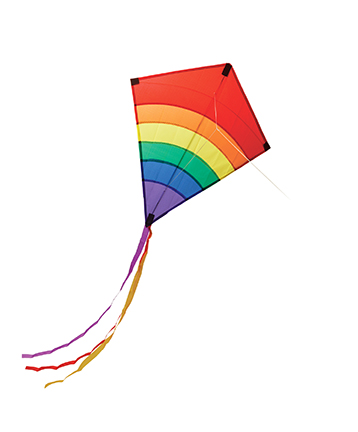 As the immortal Mary Poppins sang, “fly a kite and send it soaring….”

Which turns out to be an ideal beach activity. 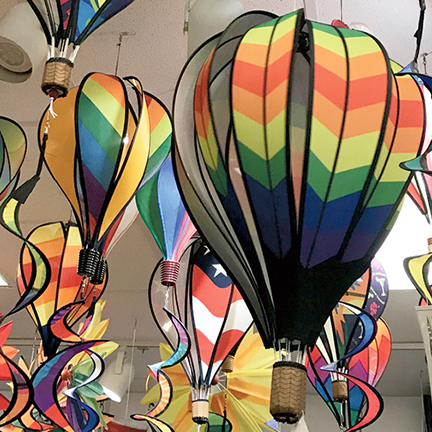 Who knew, but there is a beginning to kite flying season, kicked off by the Great Delaware Kite Festival. It’s flown for more than 50(!) years, soaring high at Cape Henlopen State Park, co-sponsored by the Lewes Chamber of Commerce and the Delaware Division of Parks and Recreation; it’s held each year on Good Friday.

True, we missed it. But if we start practicing now, we will be kite-flying-ready by next year’s festival.

So go fly a kite. And where better to practice than our own beaches? Since the water is still too cold for swimming, we might as well hit our sandy shorelines with our brand-new kites.

In doing so, we will join an ancient tradition. The kite, it turns out, has a history so old it predates the invention known commonly as “paper.”

According to nationalkitemonth.org, kite flying began almost 2,500 years ago, started by a philosopher named Mo Di, also known as Mozi (468-376 BCE), who lived on Mount Lu near Weifang in China’s Shandong Province.

Mozi, so the story goes, spent three years creating a wooden bird in the shape of an eagle, which he succeeded in keeping airborne for one entire day. Then it broke. However, Mozi’s pupil, Lu Ban, came up with the idea of using a lighter material known as bamboo, which allowed him to keep the kite in the air for three whole days.

And while perhaps Mozi only wanted to “touch the heavens,” kites quickly found more practical uses. First, as weather vanes, their specialty being wind direction. 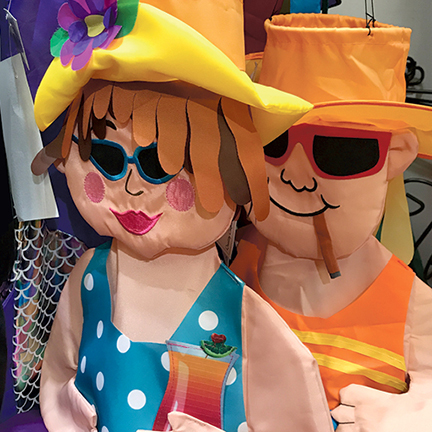 Then, they morphed into a weapon. According to lore, the Chinese General Han Hsin, of the Han Dynasty, in 200 BC flew a kite over the walls of a city he was attacking to measure how far his army would have to tunnel to reach past the defenses. His kite reported back and he was victorious.

When the Eastern Han Dynasty (25-220 CE) invented paper-making, kite flying began its expansion into the general population, never leaving its science roots too far behind.

Fast forward a few centuries, and Benjamin Franklin and Alexander Wilson flew their kites to learn more about wind and weather. The Wright brothers experimented with kites as part of their development of the airplane. The US Weather Bureau flew kites designed by William Eddy and Lawrence Hargraves to raise meteorological instruments and cameras.

During World War I, British, French, Italian, and Russian armies all used kites for enemy observation and signaling. By World War II, for each airplane that replaced a kite, the US Navy found several new uses. Harry Saul’s Barrage Kite prevented airplanes from flying too low over targets. Pilots lost at sea raised the Gibson-Girl box kite so they could be found. And Paul Garber’s target kite, a large steerable diamond, was used for target practice and aircraft recognition at sea.

Post war, East Germany banned the use of very large kites just in case any industrious person was thinking of using one to fly over the Berlin Wall.

And lest you think kite flying is solely relegated to the ancient and/or historic, in the last 50 years there has been an explosion of kite-making materials. Ripstop nylon, fiberglass, and carbon graphite are all making kites stronger, lighter, more durable, and way more colorful, while new inventions such as Francis Rogallo’s flexi-wing and Domina Jalbert’s parafoil kites are turning kite technology into modern hang-gliders and sport parachutes.

Even the brand-new Mary Poppins Returns, designed to satisfy those who know the original while investing in an entirely new generation, made sure they had that darn kite featured. 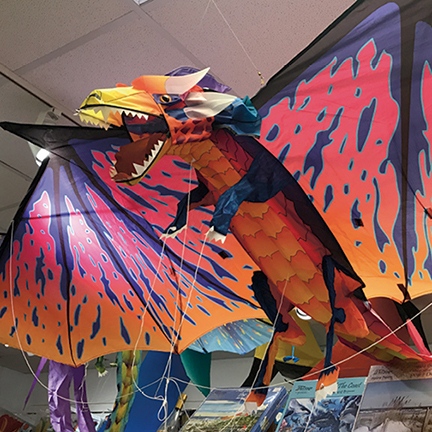 Maybe the worst part of adulting is forgetting how simple joys are contagious. And kite flying can be as simple, or as challenging, as you want to make it.

You can, for example, casually, easily, go down to the boardwalk, stop in at Rehoboth Toy & Kite (or if you’re in Lewes, check out Kid’s Ketch), and pick between ready made options from the old flat kite (diamond shaped with a string) to box kites, delta kites (a personal favorite), dragon kites, all the way through stunt kites, and parafoil kites, yours for the zooming. The kite shop has been in town 26 years, outfitting would-be kite people.

If, however, you’re feeling like you need to say something special to someone, go online and pick up a plain-white, diamond kite kit. Color it in yourself and let your proverbial flag fly. (Caution: beaches are public places for all—keep it clean—and yes, I do hear that old “good grief, Charlie Brown” emanating from you already, nonetheless.)

You can let it soar and relax, or if you’re feeling it, learn “the square,” “the mount,” and “ladder down.” Or even better, bring your tunes with you and work out a routine for a free-flight performance with musical accompaniment. Do we think there’s a kite to “YMCA” waiting to happen? Or maybe Katy Perry’s “Firework,” executed with parafoils?

And if this is all too much for you, just stop by Browesabout, or the library, or Biblion, and pick up a copy of The Kite Runner by Khaled Hosseini. Prop up your umbrella, sit in the sand, hear the roar of the ocean, and learn about the world of kite fighting. Maybe between chapters you might find a little time to look “…up through the atmosphere, up where the air is clear….” You might find as magical a beach moment in the skies above, as your toes find burrowing in the sand.

Images above (this page): Kites from Rehoboth Toy and Kite Company, on Rehoboth Avenue and the North Boardwalk. The store has been in business 26 years and still flying.