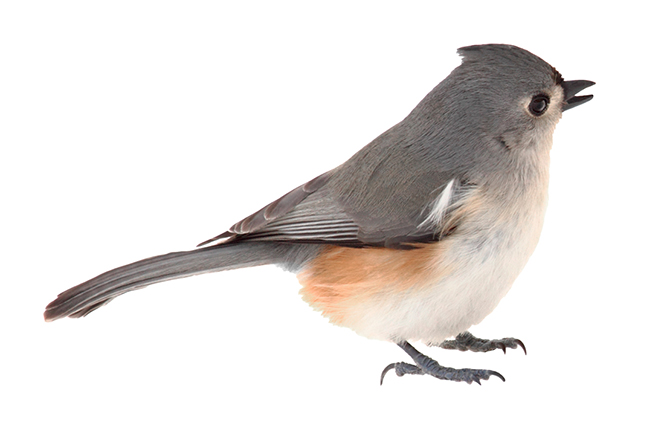 As we enter week number 592 of quarantining, I’ve lost the ability to concentrate for any significant period of time on, well, almost anything. Reading and writing. Listening to music. Watching movies or television. For whatever reason, none of it is appealing.

The other day, determined to do something to alleviate the tedium of social distancing, Cubby and I masked up and went to the local garden center to get some plants for the back yard. On the way to check out, we passed by the bird feeders and impulsively added three to the cart, along with sacks of seed. About a month ago, upon finding out from a neighbor that we have bluebirds in the area, I put up three houses for them. I thought maybe the feeders would be a welcome addition.

Within minutes of hanging them from the lower branches of the catalpa tree in the yard, there were visitors—a chickadee and a couple of house finches. I’d seen them hanging around before, so this was not particularly exciting. But I was happy that they seemed to like their new feeding station.

As the day progressed, I found myself checking the feeders more and more frequently. The only way to do it was to either go outside, which made the birds fly away, or to peer out through the one window that affords a view of the back yard. This, obviously, was better suited for actually seeing who was at the feeder, and so I did my best Gladys Kravitz impression, spying through the glass and trying to identify the various feathered diners.

“There’s a goldfinch,” I informed Cubby. “And something brown. I’m going to go look it up.”

The brown bird turned out to be a house sparrow. House sparrows are adorable. They are also, I discovered to my horror and fascination, little feathered murder machines. An invasive species, they will harass and kill native birds—particularly bluebirds—in order to take over their nesting spots. They are, in many places, the only songbird you are not only allowed, but encouraged, to eradicate.

“Get away from my bluebirds!” I shouted at the house sparrows from the safety of the kitchen.

“What’s going on?” Cubby asked. “Are you threatening birds?”

The woodpecker stayed for quite a while, enjoying the suet block we had gotten particularly because it said peckers like them. When he left, he was replaced by some kind of finch. Again, I found myself going online to find out exactly what kind of finch. I decided it was a pine siskin, because the name is so fantastic. “We might have a pine siskin,” I announced. “I bet no one else in the neighborhood does.”

In the few days since our feeders have gone up, I’ve become a little bit obsessed with them. Also, with the three birdhouses, particularly now that I know the house sparrows are not to be trusted. Fortunately, the bluebird couple who moved in shortly after I put the houses up seem to be fine. One of the other houses is being used by a pair of house swallows, who are fearless, sassy, and come out to glare at me when I run the lawn mower past them. The third house remains empty, because apparently birds are fussy and it has no curb appeal.

I report every new bird to Cubby. “We’ve got a grosbeak,” I told him yesterday. “And a mockingbird.” When I discovered a tufted titmouse at one of the feeders, I couldn’t wait to announce it. “A titmouse,” I said breathlessly “Tufted! I need to make a list. Who knew there were so many kinds of birds?”

Apparently, a lot of us do. When I mentioned my bird feeders on social media, numerous people revealed that they too have developed a sudden interest in the feathered residents of their yards. A writer friend in New York City, who hasn’t left her apartment in two months, has built a daily schedule around watching the birds that come to her terrace feeders. “I can’t seem to work on my own novel, so I’ve basically written an avian soap opera around them,” she said. “The current plot involves a pigeon love triangle.”

In this uncertain and unsettling time, I think birds are the distraction I need. I can’t manage to read an entire book, but I can watch birds for the few minutes they hang out in the feeders. Identifying them is relatively easy thanks to the multitude of online resources. Plus, they’re a positive reminder that life not only continues, it flourishes. “Just sit tight for a while,” the birds seem to say. “Summer’s coming, and things will sort themselves out. In the meantime, sing. You’ll feel better.”