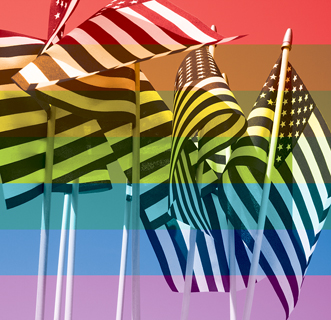 Gay is Good (Thanks Pop!)

My column in the previous issue of Letters from CAMP Rehoboth (volume 23, #7), was titled “Father’s Day, Gay Families, and Pride.” That issue came out on June 14, and in the early hours of the following day (and the day before Father’s Day), my dad passed away in Decatur, Alabama.

I will be forever thankful to all the members of our community who reached out to Steve and me and to my family during this time. We have been lifted up on a cushion of prayers, well wishes, cards, donations, flowers, and postings on Facebook: an unending outpouring of love and support. So many of us these days are losing our parents, and I was comforted greatly by the experiences being shared by friends and family members about their own fathers and mothers.

Dad’s funeral was a great celebration of his life, and as I said during the service, he was known by many names: Pop, Daddy, Preacher, Brother Bob, and the Reverend Robert Lambuth Archibald, Jr. I’ve written about him many times over the years because in my eyes he was a great man who loved and supported Steve and me in all that we have ever done. As a teenager I came out to him in his office in the same church where we gathered to say goodbye to him. (He wasn’t surprised, by the way!) He hadn’t been the pastor there for decades, but after he retired, it became his home church. I doubt that all the members of that congregation are as progressive as my dad has always been, but we were welcomed graciously into the church for his celebration.

As these situations always do, Pop’s death has left me in a reflective mood. We spent hours retelling our favorite Pop stories, and my head is full of memories, people, and situations I haven’t thought about in years. Running through it all is a deeper understanding of the things in our lives that define us as human beings.

Forty-four years ago this June, (not long before I came out to my dad), gay people in New York City rose up in defiance of a police raid on the Stonewall Inn in Greenwich Village. It was to become the defining moment of the modern gay liberation movement.

Since then, we as a people have become more and more visible in the world. That has been a good thing for us, for the closet is a dark and lonely place, but because of that visibility, our opposition has become more entrenched than ever. Quite often, that opposition has grown out of conservative religious beliefs, giving many people the mistaken idea that all religious institutions are anti-gay—which is not true. The only way to change attitudes is to continue to do what we’ve been doing for years—keep coming out to everyone in our lives. For those of us who are religious and gay, we are especially called to keep talking about who we are. Change happens from the inside out, and it’s vital that we continue to share our stories and be open about who we are.

A poll conducted in March by the Pew Research Center found that 14% of Americans say they have changed their minds on gay marriage, and for many, the reason given was because they know someone—family member, friend, co-worker, or other acquaintance—who is gay. Even the President has acknowledged that knowing LGBT staffers and that his daughters were friends with children from same-sex households, influenced his views on gay marriage.

In the last few years, change was not something we had to learn from the polls, rapidly evolving attitudes about LGBT equality could easily be seen “with the naked eye,” so to speak: from the victories in the last election to the passage of gay marriage bills in various state houses, including our own. Now, just hours before this issue goes to print, comes the news that the Defense of Marriage Act (DOMA) is unconstitutional.

Then there was the news that came out of Exodus International last week. First the large conservative Christian organization that claimed to offer a “cure” for homosexuality, apologized to the LGBT community for years of undue judgment by the organization and from the larger Christian church around it. Then the next day, the organization announced plans to shut down. The president of Exodus, Allen Chambers said: “Exodus is an institution in the conservative Christian world, but we’ve ceased to be a living, breathing organism. For quite some time we’ve been imprisoned in a worldview that’s neither honoring toward our fellow human beings, nor biblical.”

I spoke at my father’s funeral, and had, I suppose, the option to not mention his support for LGBT equality. We always have that choice, don’t we? To remain silent, to convince ourselves that closing the closet door just a little won’t hurt us this time. And really, who wants to rock the boat? Right? But once we’ve closed that door, it’s closed, and we have lost the chance to share a little bit of truth about ourselves—truth that could have a powerful impact on others struggling to find direction, acceptance, or guidance about what it means to be gay.

For me, I had no choice. Pop’s lifelong example of providing love and welcome for all people was the core of who he was as a human being and had to be spoken aloud. From his work for civil rights and Native Americans, to his efforts against poverty and in support of LGBT issues, my dad was my hero and I had to tell the world about him.

Here at CAMP Rehoboth, our work has always been about telling our story. At the center of who we are as an organization is the simple acknowledgement that the LGBT family is here, present and accounted for, and sitting at the table with all our many brothers and sisters, gay and straight.

In the heart of CAMP Rehoboth is a deeply embedded message of love that simply says, “gay is good.” We do many things here, but from my perspective that affirmation is one of the best, and it goes a long way toward helping us find the health, the hope, and the happiness we all need to live a joy filled life.

Thanks Pop, I doubt that CAMP Rehoboth would even exist without the lessons and the love and the perseverance that I learned from you.