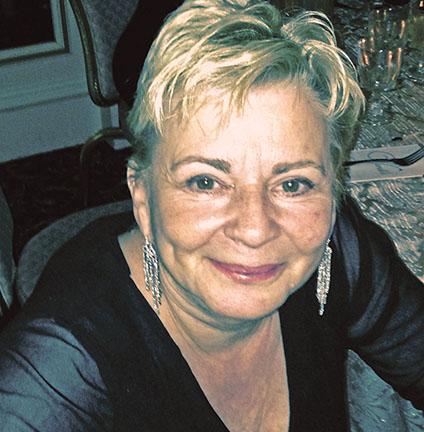 While that’s quite the resumé, there’s more!

She has written and performed a series of highly acclaimed one-woman cabarets and her work has been featured on Alive from Off Center on PBS.

Kay Cummings was the dance curator for New York’s Symphony Space for ten years and served another ten years as the Chair of the Department of Dance of New York University’s Tisch School of the Arts. She continued to teach choreography and acting there as well as being the Associate Chair until she retired in 2016. She founded the Tisch Dance Summer Residency Festival. She was also awarded the NYU Distinguished Teaching Medal.

The great news is that now-local resident Kay Cummings is bringing this headlining background and experience to CAMP Rehoboth!

So how did Kay end up living in Lewes, sharing her talents as an actor, director, choreographer, singer, dancer, pianist, and educator with the community?

This transplanted New Yorker bought a home in Lewes six years ago with then long-time partner (and now wife) Ellen McKeon. They split time between New York and Lewes before Kay retired, eventually settling in Delaware full-time along with their beloved Yorkie.

Since moving to Lewes, Kay has taken up acting again. At the 2016 Baltimore Avenue Block Party, Kay met Russell Stiles, director of Stop Kiss, to be performed the following spring at CAMP Rehoboth. He cast her in the play and their friendship grew. Her experience in Stop Kiss led to a role in Last Summer at Bluefish Cove, and a special relationship with CAMP Rehoboth.

She is now teaching an acting class at the community center, bringing the same sensibility to her classes here that she had at NYU. Her class welcomes anyone who wants to learn.

Kay started her theater journey as a child in or around the New York area. She sang or acted as a baby (yes, an actual baby), and has never stopped. She continued on through high school and college, and suddenly her fun endeavors became a full-time career. Always a small but formidable presence, WNYU radio described her as “a small lady with boundless energy, and a dramatic range that is so wide it’s all but intimidating.” The magazine Michael’s Thing said, “The lady has guts and good humor.” After spending time with her, this author can verify all.

In Kay’s view of the world, teachers teach what they’ve learned from their own experience, so that what resonates in them ends up resonating in others. This results in a circle of learning that can last literally for a generation. And for Kay, it means that she can only become a better artist.

While the acting classes are going on this fall, Kay’s next project is directing the play In the Wake, by well-known playwright Lisa Kron. Produced by CAMP Rehoboth, the play is a funny, passionate, and ultimately searing script illuminating the assumptions that lie at the heart of the American character, the blind spots that mask us from ourselves, and how the past sows the seeds of our present reality.

Kay found the play after reading over 50 scripts to determine her next project. She was looking for something about the world now. It didn’t have to be about gay people or straight people. It needed to have a sensibility toward all kinds of people, because, in her words, “life is that.”

The Associated Press called the play “formidable.” That makes it even more fitting for the human dynamo that is Kay Cummings. ▼

[Editor’s Note: Auditions for In the Wake will be November 27 and 28 at 7 p.m. Auditions will consist of a cold reading and short interview. Performances are in mid-to-late February; rehearsals begin in January.]