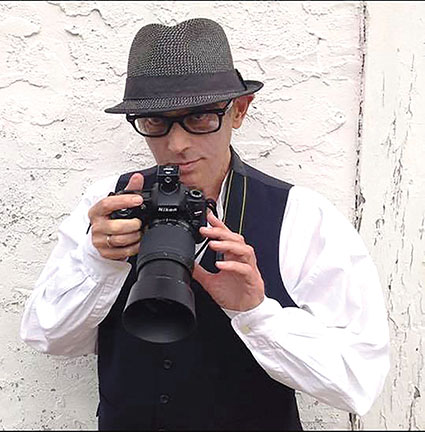 Despite Bowman’s legions of fans throughout the City of Brotherly Love, Steve McLerran of Rehoboth initially thought Joe was “a pushy photographer hounding me to book him to shoot my fashion campaigns.” But he soon learned that Joe Bowman was the ambassador for the Philly community with an “uncanny knack for connecting people who shared his free-spirited, artistic, maybe-a-little-twisted take on life.”

According to McLerran, “After all, I am Mr. Philadelphia,” was a frequent non-sequitur Joe Bowman “shamelessly inserted into many conversations. It was another crowning badge of honor, and he made certain you would not forget it!” 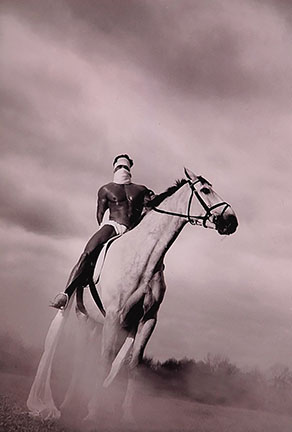 McLerran says, “Although he proclaimed the guest room at our house was the Joe Bowman Suite, he didn’t need Larry and me to introduce him to the joys of our little beach town. Long before we were buying cocktail party paté at the long-gone Company Store, Joe and his posse were regulars on Poodle Beach, North Shores, and the club circuit frenzy here in Sussex County. (Yes, there was one.)”

Even as health and age started to dim his spotlight, Bowman would answer his phone with “Do you have any gossip for me?”

On December 12, 2017, Bowman passed away. Almost a year later, on Friday, October 19, the William Way Center in Philadelphia hosted the Joe Bowman Cocktail Party—with tributes from his infamous Rolodex of friends sharing their own “back in the day” stories about Joe. Many guests also contributed to the newly established Bowman Legacy Fund for ongoing preservation and conservation of images that captured gay life in the big city.

The executor of the estate of photographer and Rehoboth friend Joe Bowman has gifted two of Joe’s favorite pieces to CAMP Rehoboth in recognition of the well-known Philadelphia photographer’s love for Rehoboth Beach.

Signed and numbered, Horse Play and Miami Palms  are valuable black and white fantasy works of art that fuel the imagination with high-octane fun.
Bowman, who died in 2017, was a frequent Rehoboth visitor in between his photo shoots in such hot spots as 1980s New York, L.A., P-town, London, San Juan, and South Beach. 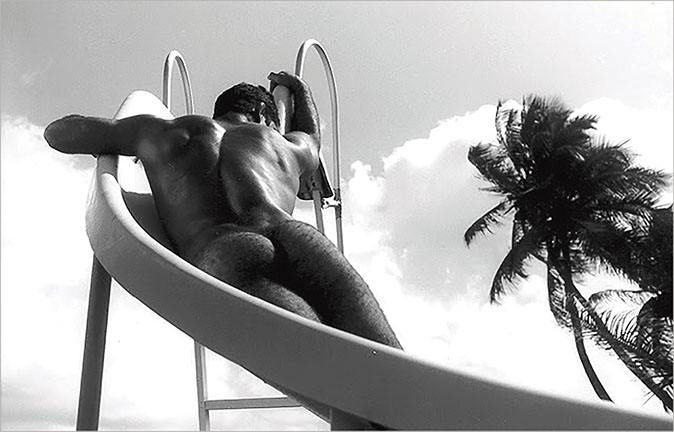 In addition to the photographs the estate has gifted to CAMP Rehoboth, Joe’s estate is also awarding some of his pieces to New York’s Leslie-Lohman Museum of Gay and Lesbian Art, where his artwork has been exhibited over the years. ▼