On My Honor, I Was So Surprised 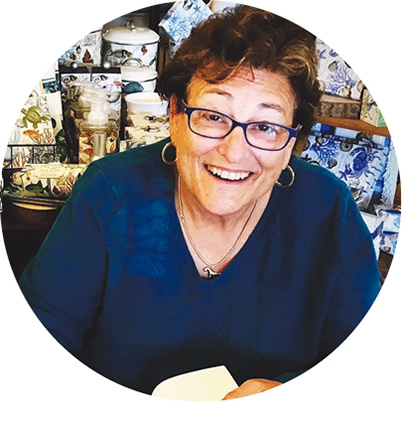 On Wednesday, September 26, I was given the wonderful privilege of being honored as the Girl Scouts of Chesapeake Bay’s Sussex County Woman of Distinction for 2018. I want to share the remarks I made at the event with you.

Good afternoon. First, thank you all so much for being here. Not so much to honor me, although I really appreciate the support of all of you, but to help raise awareness of and funds for the really good work done by the Girl Scouts.

At ages five and eight, my younger sister and I were enrolled in ballet class. Within weeks, my sister showed incredible promise as a budding ballerina. Me, not so much. From the get go I was perpetually a half step behind in the Hungarian Gypsy dance, and pitched a wild hissy fit, refusing to go onstage in a tutu.

My sister went on to a decade of dance, while my mother suggested I join the Brownies.

I loved it, flew up to become a Girl Scout, and was introduced to some of the things that would retain my interest and spark my career over a lifetime—like a photography badge. I would stalk my sister, parents, and the babysitter, and take frightening candids with my Kodak Brownie Starflash.

I learned about theatre when we did a little play about Girl Scout founder Juliet Gordon Low, who, by the way, was one tough cookie.

And speaking of cookies, Death of a Salesman had nothing on me. I once sold 62 boxes at a single Passover Seder. Good thing they were marked kosher. We saw the relatives less after that.

I wasn’t really good with the outdoor stuff though. One time three other fifth graders and I sat squashed into the back, rear-facing seat of a 1958 Dodge station wagon. We each had a pad of paper and a pencil and, going for our Orienteering Badge, we drew a map of where we had just been. Pretty soon, all of us got nauseous from riding backwards, and wound up sitting on the side of the road trying not to toss our Girl Scout cookies. I never got that badge but I got a great candid photo of our troop leader with an expression that said “Why me?”

Likewise, I forfeited the Outdoor Explorer badge when refusing to even look at a picture of a snake, much less risking an encounter with a real one. Bugs, too, were outside my wheelhouse, even as my scouting career reached into junior high school. As our troop leader explained the value of citronella as a mosquito deterrent, I announced that the best deterrent was staying in the house. The other scouts laughed; the leader did not.

And finally, as an adult, I want to know who thought it was a good idea to provide a pocket knife to an inquisitive eithth grader? Favoring the screw driver function, I went home and unscrewed every screw in the house, in many cases being unable to reassemble the toaster, table lamp, and my father’s new stereo record player cabinet.

On my honor, I tried.

So here I am, six decades later, a Girl Scout Woman of Distinction.

There are really two meanings to the word distinction. From Webster, the most common usage is “the quality or state of being distinguished or worthy.” And for that I am truly honored for this designation and celebration.

The second, though, is “the act of perceiving someone or something as being not the same and often treating as separate or different.”

I knew I was different from most of my friends at just about the same age as I kicked that pink tutu across the room and ran off to join the Brownies. It took almost two more decades to define that difference and muster the nerve to come out of the closet as a gay woman.

From there, I continued to put to use the skills I honed in my Girl Scout youth, in high school and college, going into journalism, theatre and activism, still taking annoying candid photos. And hopefully, I’ve used my skills making a small difference, somehow for the better, in other people’s lives.

And despite my failings in orienteering, camping, and stink bug collection, I have been tapped for this honor by the Girl Scout organization.

It’s been my privilege to be honored in the gay community for many things—my books, my fighting for equality, and my story telling. It’s been amazingly rewarding and I am so grateful.

But on my honor, I swear, that I could never have imagined, all those closeted, fearful years ago, and even a decade ago, that the Girl Scouts, as progressive as they are, would celebrate a very openly gay person as their Woman of Distinction. I’m incredibly honored by this—for me, and for my community here in Sussex County. For this incredibly meaningful honor, I thank the Girl Scouts of Chesapeake Bay very, very much.

Anybody have a screw loose? I’ve got you covered. ▼