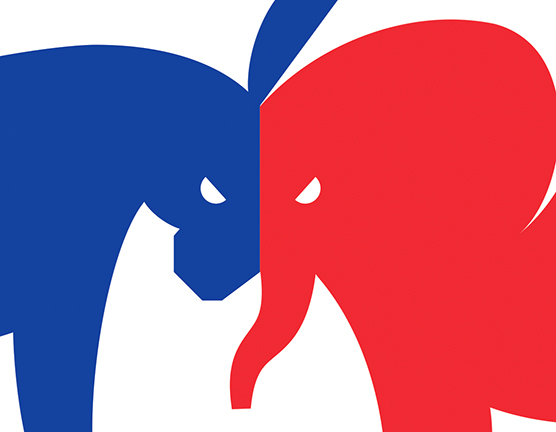 My husband loves politics. He would listen to the political pundits all day long if his schedule allowed. His knowledge of the workings of Congress and politicians from all across the country has throughout our many years together, been a great resource for me.

I too like to keep up with politics, though for me it's a less immersive experience. I like to know what’s happening, and from a reliable source, but the constant day to day outpouring of opinions, just to fill the hungry demand for airtime, causes me more anxiety than I sometimes care to add to my life. Especially this election cycle has seemed to be particularly  wearing—because it is so important to defining the future soul of America.

By the time this magazine hits the streets of Rehoboth, both the Republican and the Democratic Conventions will be over, and every detail discussed ad nauseam. Then the race kicks up another notch, and from now until November the fight will be gruesome.

I have no proof of this assertion, but it feels like election stress—there should be a word for that if there is not—combined with the constant stories of worldwide violence, is taking a toll on our sense of well-being. I know I feel the weight of the election is pressing me down, and I imagine that others feel it too.

Living on Baltimore Avenue, as we do, we don’t have a yard, but our second floor deck is lovely and a place of refuge when we have time to take advantage of it. I enjoy my plants, and my brief time in the early morning caring for them is always a peaceful escape for me. I especially love my coleus, and by mid-summer, my two large pots of them already contained plants standing more than four feet tall.

I don’t know what exactly fell from the sky in the middle of the night last week—just rain, or rain and hail—but whatever it was it devastated my coleus. The tall, fragile stems now lay horizontal over the side of the pot—and they stayed that way. I couldn’t stand them up again without snapping the thick but delicate stems. A few days later, however, I noticed that the tops of the plants had turned skyward and were continuing to grow upward—only now from a position several feet lower than the high point they had achieved at their peak the week before the storm.

Over the past few days as I watered my plants every morning, my once proud and beautiful coleus reminded me that we all face stormy times in our lives—some from which we never fully recover. They also stand (or sprawl across the deck, in this case) as a symbol of perseverance, resilience, survival, and hope.

There are vast economic and educational differences in the people of this country, and those differences have been exploited in this election. I’m not a fan of Donald Trump, but he has played his supporters like a fine instrument—building a crescendo of fear, of racism, of distrust—with himself as the savior, and the press as his keyboard. He has, as we learned from his “birther” years, never cared about the truth. To people who really are struggling and looking for a way to rise, he gives hope—even though examination of his sketchy policies don’t offer real solutions to the problems that divide us as a society.

And now he says he will protect the LGBT community.

“As your president, I will do everything in my power to protect our LGBTQ citizens from the violence and oppression of a hateful foreign ideology. Believe me.”

What’s that? You’re going to protect us against “foreign ideology”? What about plain old protection from the GOP platform—the most anti-LGBT platform to date?

That platform advocates for: overturning the Supreme Court’s decision to legalize gay marriage in all states; legal discrimination against LGBT people; opposition to gay couples adopting children; bathroom use only for the biological sex of someone at birth; legalization of conversion therapy for minors.

The GOP platform aims to knock us as far down as it possibly can.

Like my coleus, we are resilient people filled with hope and a passion for life. We will not be beaten down even when the wild storms of politics rage around us.

CAMP Rehoboth continues to work for the health and well-being of the LGBT community and the greater community around us. We will not be bullied, we will not be trampled underfoot, and we will not allow the GOP, or anyone else, to make us second-class citizens.