What Goes on Stage? A Lot Backstage 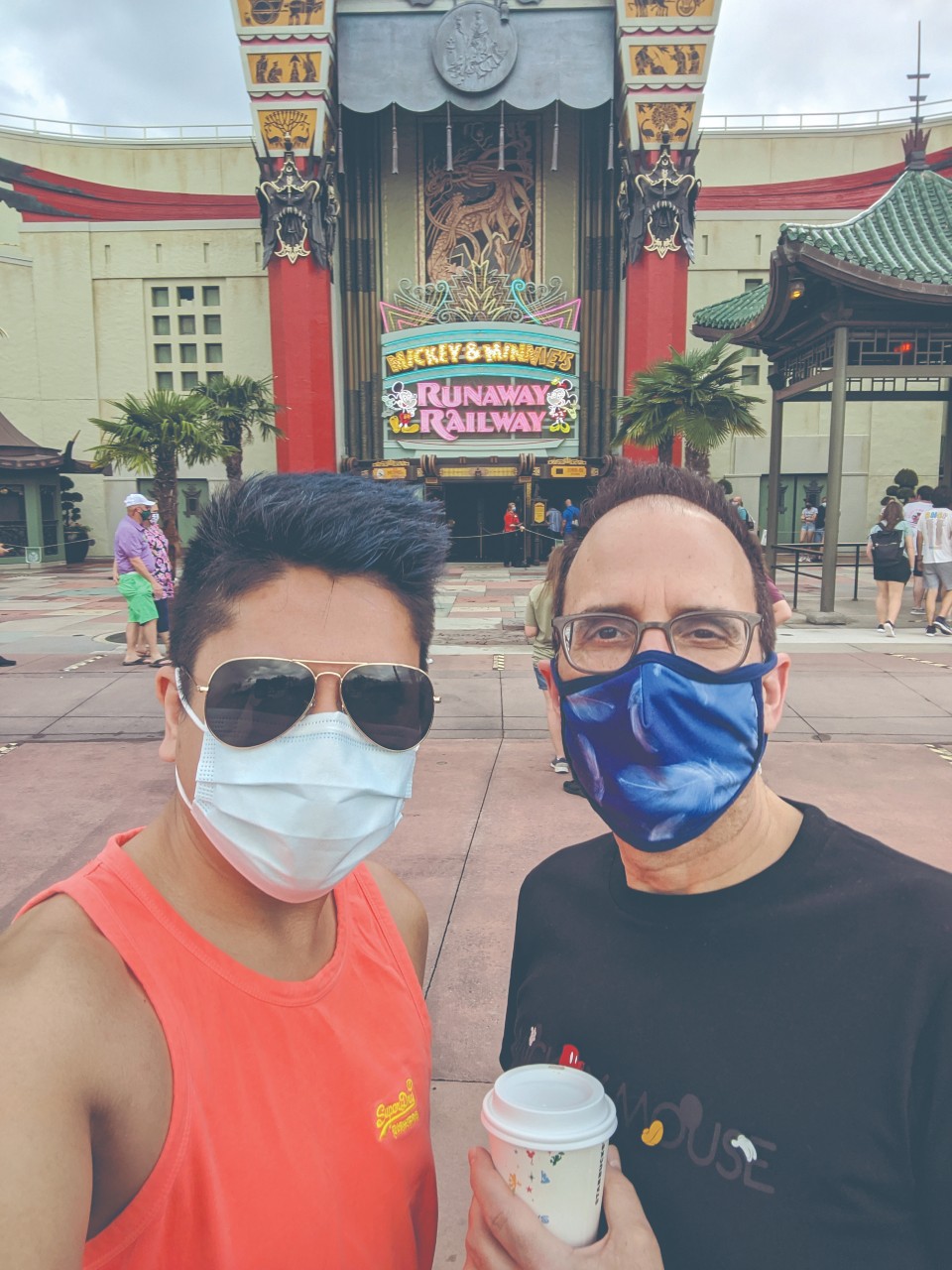 A fun exploration, “Who's That?...That's CAMP!” takes a look at those who make up our dynamic community of CAMP Rehoboth members, supporters, sponsors, donors and participants.

Coming through via Zoom, and live from the Milton Theatre in Milton, Delaware…oh wait, no, make that…from Disney World?

Yes, when I reached these two young-spirited and long-time supporters of CAMP Rehoboth, they moved the computer camera around to show me Cinderella’s castle!

Anyone who knows Milton Theatre’s Fred Munzert and JP Lacap may find it hard to believe they were actually away, taking a break from all they do for the beach communities and the theatre. “Truth be told, we’re on a semi-business, semi-holiday type of trip,” said Fred. “But I have to admit it: I love Cinderella’s castle!” he jubilantly added.

This month’s “Who’s That?..That’s CAMP,” brings us this great couple who only married barely three years ago. From the light-hearted quips and genuine smiles witnessed as they interacted with one another, the honeymoon phase hasn’t ended. While one is very much someone we would call “a Delaware local,” the other is from 8,522 miles away: Manila, Philippines to be exact. Interestingly, each arrived in Milton for a different reason, and for what were to be short visits. But then, neither ever left!

Both men have remarkably fascinating backgrounds. Fred has lived around the country: Delaware, Pennsylvania, Los Angeles, Orlando, New York, and worked around the world, performing and producing. A fun little tidbit about Fred is that he is a professionally-trained classical theatre organist. And one day soon, intends to be the proud recipient of a rather large historic organ which is being given to him.

JP grew up in a vastly different world and was on a corporate fast-track at the behemoth Reuters News in Asia. While in that corporate sales position, he was in contact with high-level officials at various international companies. With much humility, JP imparted how he led efforts to form the very first LGBTQ group in Asia and then helped his company become the first company in the Philippines to include same-sex benefits. “Unfortunately, the Philippines are a generation or two behind us in LGBTQ+ rights,” said JP.

Fred and JP shared why they love being top-level members and sponsors, in addition to advertising in Letters from CAMP Rehoboth. “CAMP Rehoboth provides a community everyone can be a part of, and we’re excited to hear you are bringing back the young professionals and professionals groups, and networking events.” JP said. “We especially love all that CAMP Rehoboth is doing for the youth and younger generation. CAMP Rehoboth’s advocacy is unique and so important because of the people who come here from all walks of life and places, but then go home to their own cities and towns with important experiences and messages about equality and inclusion,” said Fred.

Fred openly shared how he would visit the Rehoboth Beach area two or three decades ago, and how different it was for gay people. “Back then, just walking the boardwalk, they had undercover vice police around who would arrest men who simply flirted with another man. It was pretty shocking when it happened, in front of me, to one of my friends,” said Fred. “And another time, I was personally confronted by the police and forced to empty my pockets for absolutely no reason. These were mostly the days before there was CAMP Rehoboth, but also why supporting CAMP Rehoboth was and continues to be so very important for all of us. CAMP Rehoboth was a big reason why the town became so welcoming and friendly all of those years ago.”

Fred and JP—enjoy Disney and yes, we found your glass slipper on the front porch!##

CAMP Rehoboth Development Director Anita Broccolino oversees and advances CAMP Rehoboth's development, fundraising, and communications efforts, while helping increase awareness in the community about the programs and activities CAMP Rehoboth offers. If you would like to learn more about CAMP Rehoboth, become a member, or meet with Anita to discuss a donation, legacy, or planned giving gift, please call: 302-227-5620 or email: anita@camprehoboth.com. Interested in serving on a volunteer committee, in the office, or maybe evolving into a Board position? Please contact: anita@camprehoboth.com.