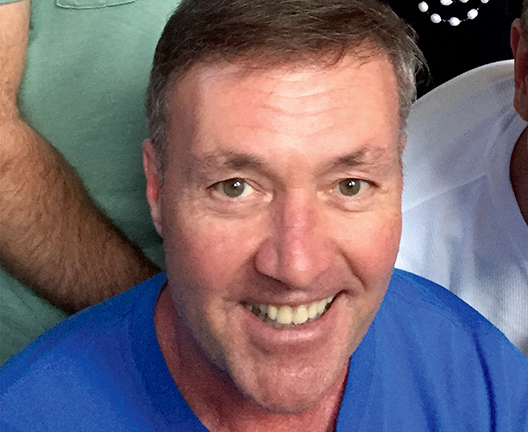 A common Pennsylvania Dutch expression, “ve get too soon oldt, und too late schmart,” applies to most of us except for Neil Frock. Neil always knew that he wanted to teach music for his life’s work. He was born in Westminster, Maryland to a long line of Pennsylvania Germans. They had settled in Germantown, Philadelphia in the late 17th century and worked their way in an arc stretching from Bethlehem, Allentown, Lebanon, Lancaster, York, and slipped easily into Maryland. Neil’s family settled in Westminster.

His dad was a pressman for a newspaper in Baltimore, 40 miles away. A commute of this distance was typical for a good paying, union job. His mother stayed home to care for Neil and his sister. She volunteered with the 4H club and many other community projects. Music was a part of Neil’s family’s life dating back to the time of his great, great grandfather. Music and community involvement defined the family.

Neil studied piano and voice throughout high school. He went on to McDaniel College and majored in music education. The summer before his freshman year, he auditioned for the Shenandoah Conservatory’s National Youth Choir. Why? “To challenge myself and to give direction for the future.” He made the cut and this sealed his career objective, voice. To supplement his academic experiences and to earn spending money, he went to work as a disc jockey. He spun classical vinyl and read the news. Neil describes an academic, community, and family-based lifestyle of music. It is so obvious how much fun Neil had during his college years.

OK, what ages? I taught kindergarten through fifth grade. Kindergarten? Neil describes how important it is to influence children in kindergarten. Voice skills and music education to last a lifetime begins by learning simple songs with repeated notes. “Wake Up Little Susie” is a perfect song for little kids and they love it. Instrument training, such as cymbals and drums goes with voice training. Each year thereafter, more advanced songs and instruments. When asked if young voices are fragile, Neil laughs and declares that all voices are fragile. What’s essential is that the voices are trained at the right time and at the right level. Asked if he ever got tired of teaching the same thing for 32 years. He laughs and asserts it’s never the same thing because it’s always new children. I got the feeling that this open and sensitive man got as much from the children as he gave.

Who inspired you? That’s easy, my mother. My mother sang to us from morning to night and we sang along. Playing the piano and singing were vital in our family. She taught me that music communicates, tells stories, illustrates, and preserves cultural traditions.

Neil met Bob Harrison at a bar in Baltimore; Bob was a realtor in Columbia, Maryland. After a respectable “get-to-know-you” period of time, Neil and Bob moved in together. Twenty-four years later, the relationship is still thriving. They loved Columbia for its diversity, restaurants, shops, and cosmopolitan feel.

Then, they discovered Rehoboth Beach and loved it for the same reasons. In 1997, they bought a condo on Maryland Avenue. They came most weekends, met friends, and became connected to Rehoboth. In 1999, Neil and Bob bought the house next door. They converted the house into the Beach Retreat, a 13 bedroom Inn. In 2000, Bob moved to Rehoboth to run the Inn. Neil stayed with the Carroll County school system but was in Rehoboth as much as possible.

Neil emphasizes that Rehoboth was the place he wanted to live. He remarks about its small town vibe, its progressive and accepting people, and its neighborhoods. He became active with the Rehoboth Beach Homeowners Association, an organization dedicated to preserving the best of Rehoboth. He spent 200 or so days a year in the classroom but all the rest were in Rehoboth. And when retirement finally came, Neil came to Rehoboth for good. Now, in addition to helping run the Inn, Neil is the Assistant Director of the CAMP Rehoboth Chorus. Music is never out of the picture.

Asked what he wants his legacy to be, he does not hesitate. “I want to be remembered for bringing music to children and instilling in them a love for it. I hope that they can appreciate and use the things I taught them in their lives.” There is little doubt that they will remember Neil, what he taught, and how he felt about them.