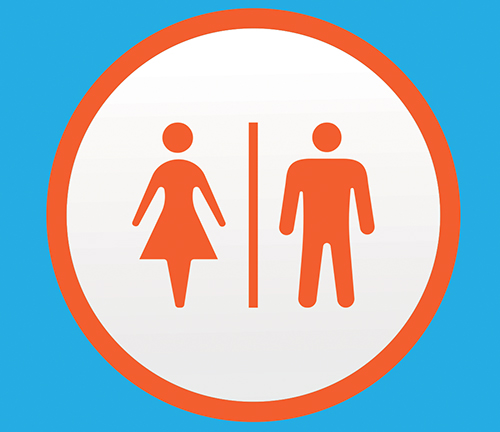 Gay Wars—May The Force Be With You

Last December, like millions around the world, Steve and I loved the latest Star Wars installment: Episode VII—The Force Awakens. After watching it, we decided to go back and watch the entire series in chronological order. Most of them I had seen several times over the years, but in the order released, not following the storyline, which places the original trilogy as episodes four, five, and six.

I still remember the pure joy of watching the original Star Wars film when it was released in 1977. The film was nominated for ten Academy Awards and won seven—and introduced us to Luke Skywalker, Princess Leia, Han Solo, Obi-Wan Kenobi, Yoda, and Darth Vader. Today it is often listed as one of the best films of all time—and the phrase “May the Force be with you” is now a part of our cultural lexicon.

My dad the Methodist minister, by the way, loved Star Wars—and preached on it on more than one occasion. He also loved Garrison Keillor’s line: “You know you are a Methodist if when you watch Star Wars and they say ‘May the Force be with you,’ you instinctively respond ‘And also with you.’”

The Force is the heart of the Star Wars mystique, and the struggle that ensues as its light and dark sides battle one another goes to the core of who we are as human beings.

In re-watching the series, I was especially intrigued by the spiritual nature of the Force. On several occasions throughout the films, it is explained that fear plays a powerful role in turning a Jedi to the dark side.

In the words of Yoda: “Fear is the path to the dark side. Fear leads to anger. Anger leads to hate. Hate leads to suffering.”

In the recent “bathroom bills” passed in North Carolina and Mississippi, fear is being used as a weapon to build support for discrimination. The notion that transgender men or women should not be allowed in bathrooms that match their gender is a completely made up issue designed to find one more way to attack the progress of the LGBT community—this time by scapegoating its most vulnerable members. Racists in the South did the same thing back in the ‘50s, claiming that desegregation would endanger white women.

In early April, and in response to the anti-transgender legislation in other states, Delaware Governor Jack Markell released a moving video, that I confess brought tears to my eyes. In the video he says: “As the governor of a state that allows transgender people to fully participate in society, including by using facilities in accordance with their gender identities, I know that we have not had any problems.” At another point in the video he says: “I couldn’t stand by and see friends of mine, and their community, subjected to mean-spirited and hateful attacks. This issue is not just about transgender people being able to access bathrooms, it’s about whether transgender people can fully and equally participate in public life.”

Fear is a powerful tool, and has been much in evidence during our current Presidential primary season. Mexicans, Muslims, immigrants, and our transgender brothers and sisters are being used by Republican politicians across the country to create an atmosphere of fear and hatred—and to distract voters from the fact that they do not have solutions to the real problems facing our world.

Here in Delaware, and in 17 other states (plus the District of Columbia), protections for the LGBT community exist that keep the “dark side” of discrimination at bay. I would say we are lucky, but it was not luck that gave us the protections and rights we have, but the hard work and dedication of activists all over the state who made it a reality.

As we have noted many times over the years, CAMP Rehoboth was founded at a time when “keep Rehoboth a family town” was a popular anti-gay bumper sticker in Rehoboth Beach. Our goal 26 years ago was to make ourselves visible, and to demonstrate that there was nothing to fear. For all of those years we have touted the idea that Rehoboth lives up to its biblical name meaning “room for all,” and our philosophy of creating a more positive world has spread across the state.

As much progress as we have made, however, prejudice and fear are still part of the human condition, and sometimes show up in the most unexpected places. I am always taken by surprise when I stumble upon racism, internalized homophobia, gender bias, sexism, and ageism within our own community. I guess I shouldn’t be, because fear has a way of wounding hearts and minds, and in truth, we must be able to love ourselves before we are capable of loving others.

To keep ourselves free of the “dark side” takes work, and means not giving in to anger and fear. The Star Wars saga is successful because it inspires us to believe we can overcome the dark part of our human nature. By creating a more positive world, CAMP Rehoboth and all organizations seeking to improve life in their communities, challenge us to move beyond our own fears and prejudice and aim to make life better wherever possible. Yoda has one more bit of wisdom for us.

May the Force be with you!