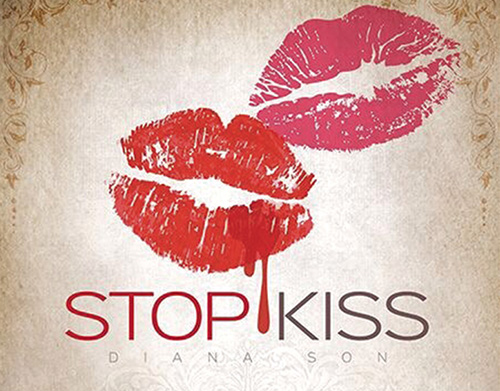 Callie Pax (20s-30s)—Lead. Callie works as a traffic reporter in New York City, where she has lived for eleven years. Callie helps Sara learn her way around the city, and, in the process, develops strong feelings for her. When Callie and Sara are attacked, Callie sustains only minor injuries and, along with Peter, nurses Sara back to health.

Sara (20s-30s)—Lead. Sara, who recently moved to NYC from St. Louis to accept a teaching fellowship at an elementary school in the Bronx, looks to Callie to learn how to fit in in the Big Apple. When Callie and Sara are attacked in the park after their first kiss, Sara is injured, and falls into a coma, where she remains for some time.

George (30s)—Supporting. George is Callie's "friend with benefits." He works as a bartender in the city, and is jealous of Sara's relationship with Callie.

Peter (20s)—Supporting. Peter is Sara's ex-boyfriend from St. Louis. Once he heard Sara was in the hospital, he came to New York to see her. Peter is still in love with Sara.

Mrs. Winsley (50s-60s)—Supporting. Mrs. Winsley is a witness to the attack against Sara and Callie. She is interrogated by Detective Cole.

About the play: Sara and Callie are walking through New York City's West Village very late at night, when they share their first kiss. This leads to a vicious attack by an angry bystander, in which Sara is horribly injured. She falls into a coma, which becomes one of the major subjects of the play. George, Callie's good friend, tries to help with the situation, but there is little he can do. Peter, Sara's ex-boyfriend from St. Louis, comes to help nurse her back to health. Throughout Stop Kiss, relationships are explored, formed, and even ended. Diana Son elaborates on the depths of human emotion and compassion in this play. The story is told out of chronological order.

About Diana Son: Diana Son was born and raised in Dover, Delaware. She studied Dramatic Literature at New York University and received the Berilla Kerr Award for playwriting. Son was also nominated for the John Gassner Playwriting prize. She is the recent recipient of an NEA/TCG Theatre Residency Grant with the Mark Taper Forum. Diana Son is the author of Stop Kiss which premiered at The Public Theater on December 8, 1998 and has been produced at over one hundred theatres throughout the U.S. and internationally. Her other plays include BOY, R.A.W. ('Cause I'm a Woman), and Fishes and have been produced throughout the country. Her newest play, Satellites, premiered at the Public Theater in May 2006 starring Sandra Oh. She is currently a writer/producer for the NBC series Law & Order: Criminal Intent and is an alumnus of New Dramatists. Stop Kiss won quite a few awards in the years following its premiere, including one from the GLAAD (the Gay and Lesbian Alliance Against Defamation). She is currently a member of the Playwrights Unit in Residence at the Joseph Papp Public Theater.

About the Director: Russell Stiles recently moved to Rehoboth Beach, De. after teaching acting and drama in Hollidaysburg, Pa. His 40 year theatre career included serving as Fine Arts Chair / Drama Dept. at Hollidaysburg Area Senior High School , founding Hollidaysburg Area Repertory Players, (where he directed 60 plays and musicals), directing numerous productions for Altoona Community Theatre, directing four productions for Things Unseen Theatre at the Church In The Middle of the Block ( an off, off, Broadway experimental theatre where he directed Stop Kiss ), and numerous set and lighting designs for local theatres. Some of his favorite credits include productions of : Blood Brothers, A Shayna Maidel, Scotland Road, Dancing at Lughnasa, Streetcar Named Desire, The Weir, The Beauty Queen of Leenan, and The Country.