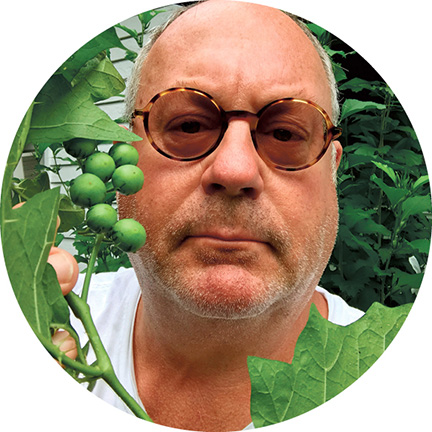 The Thin Line Between Slow and Lazy

I cannot believe Labor Day is already upon us. As I walk around my Rehoboth garden I can only shake my head. The composter has burst its seams, and there are piles of compost and “undigested” yard cuttings everywhere. I’ve yet to deadhead the roses or the Shasta daisies, which means I won’t get a late-summer bloom from either. I never got around to putting in psychedelic-colored zinnias. The coneflowers all died, and the petunias weren’t pinched properly.

Slugs are eating my hostas.

Some regular readers of this column will know that I take great pride in my garden and in my gardening prowess and might be wondering what the hell happened, or better yet, what didn’t happen this summer? The fact of the matter is I fell under the spell of an eccentric Mississippi gardener and writer known as Felder Rushing.

Felder is the guru of the slow gardening movement, which takes its inspiration from the popular slow food movement. At its essence it’s an indictment on middle class uber-tidy, mow and blow yards. Slow gardening is about getting your hands dirty and not stressing over everything being perfect. Do things at your own pace, says Felder, and don’t worry about what others are doing. Gardening should be fun, not a chore. Surely you can see the appeal in such a philosophy?

As I continued reading about Felder Rushing I learned he has a horticulture degree and has been published in numerous magazines, including National Geographic. He’s been featured in The New York Times and on HGTV. He hosts a weekly call-in show on NPR. That’s nothing to sneeze at.

Felder splits his time between Mississippi and northern England. He’s a fan of bottle trees and has even written a book about them. Mardi Gras beads he puts to use hanging on the branches of crape myrtle trees. He recommends adding a shot of vodka to the water when forcing paper white bulbs to bloom. The vodka stunts the growth of the stems, which tend to get leggy and topple over. And here’s the best: Felder has planted an herb and flower garden in the bed of his Ford pickup truck. It’s a living, moving advertisement for his work. Yes, he drives it. The plants are selected to tolerate heat, high winds, and dry conditions.

What a character. I was hooked.

Excited to embrace the slow gardening approach, I quit obsessing about peeling off the shredding bark on my crape myrtles. Trim the hedge? Naw, its okay to get a little shaggy. To add some Felder-like whimsicality into the garden, I created sculptures of stacked rocks. Crab grass quit bothering me. As a practitioner of slow gardening, I’ve been sleeping later, going to the beach more, and taking an afternoon nap rather than worrying about what I wasn’t doing in the yard.

It was all going well, or so I thought….

One afternoon I was cutting a bunch of bosomy Limelight hydrangea flowers to take to a swank cocktail party when I noticed ferns and wild morning glory vines cozying up with my prized English boxwoods. Something snapped. They weren’t cuddling; they were strangling them. I downed my gin and tonic and in a frenzy began ripping away the ferns and yanking off the twining vines. Free the boxwoods! With bare hands I then pulled out all the prickly horsenettles, aka devil’s tomato, I’d let sprout up among my ginger lilies.

Later while removing the microscopic horsenettle thorns from my hands using the sticky side of duct tape, I realized I’d been lulled into a state of laziness and a false sense of complacency by Mr. Felder Rushing. I’d taken his que será, será philosophy way too literally and as a result had let my garden go.

But no more. I’ve tossed out Felder’s addictive Slow Gardening book and brought out the English gardening gloves. My Felco snips have been sharpened and oiled. For today I pull nettles; tomorrow I peel bark! ▼