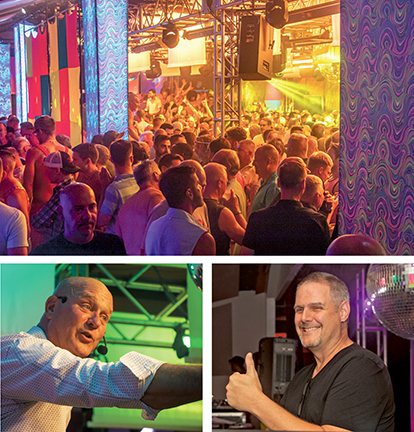 Sundance 2019 was a Sold-out Success

Tickets for the hugely popular Sundance 2019 benefit sold out quickly this year. “Fortunately,” says CAMP Rehoboth Administrator and Sundance Door Captain Monica Parr, “we could resell tickets to the dance as people came and went over the course of the evening.” With more than 1,500 dance tickets sold it was a packed house and another incredible night of fun. ▼
Photos: Lorne Crawford, auctioneer, and Sundance light man Paul Turner. 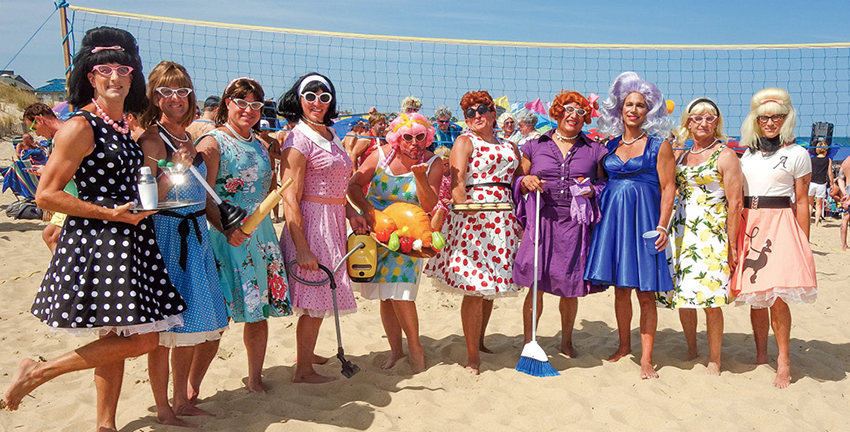 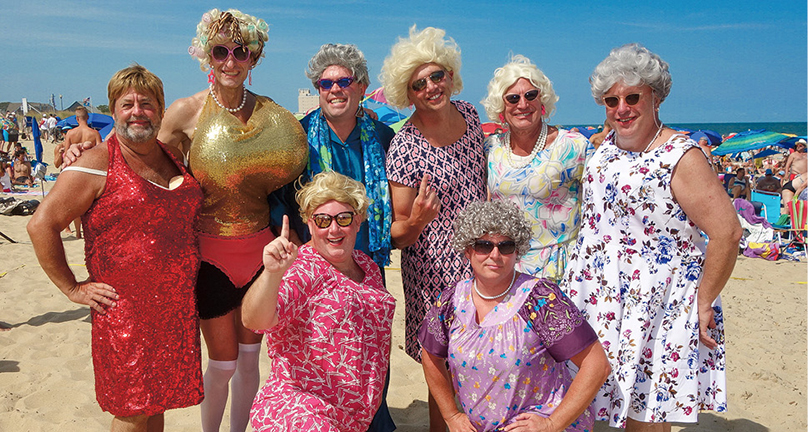 This story features a headline unique to Letters from CAMP Rehoboth, offering the score of the annual drag volleyball game played on Poodle Beach during Labor Day weekend. The two teams—one featuring 1950s housewives, complete with inflatable turkey dinner, poodle skirt, and freshly baked cookies; the other composed of Golden Girls look-alikes—played a fierce game, with Blanche, Sophia, Dorothy and Rose emerging victorious. Labor Day 2020 will be the 30th year of this one of a kind beach event—and possibly, if no one takes it over, the final Drag Volleyball game. ▼ 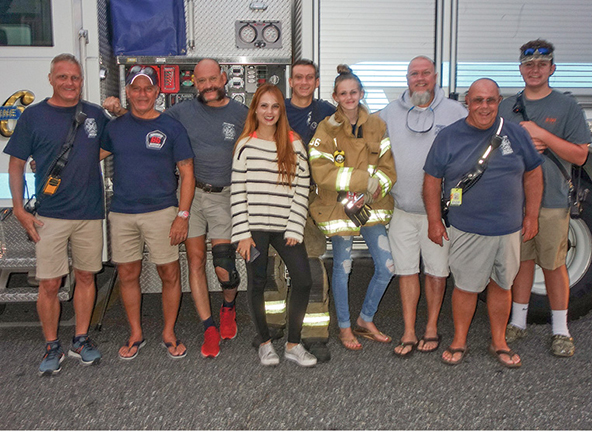 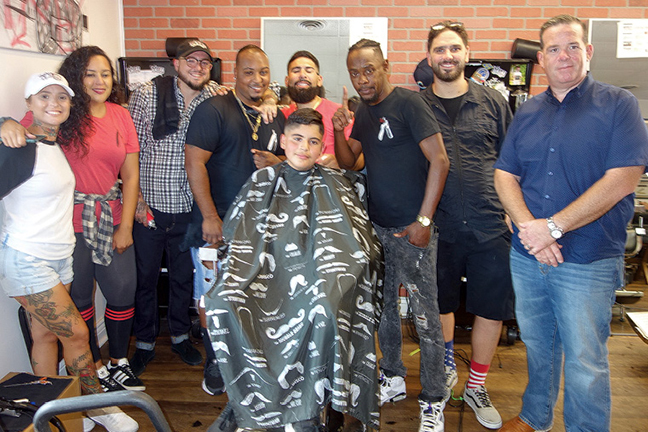 Back to School Haircuts…and Supplies!

Faded Barber Shop on Rehoboth Avenue offered free haircuts for kids just in time for the start of the new school year. Along with free haircuts, the shop handed out school supplies and lunch. ▼ 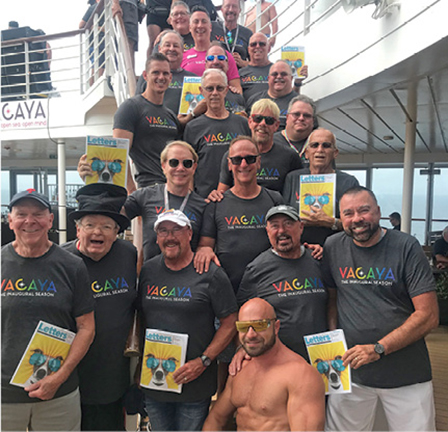 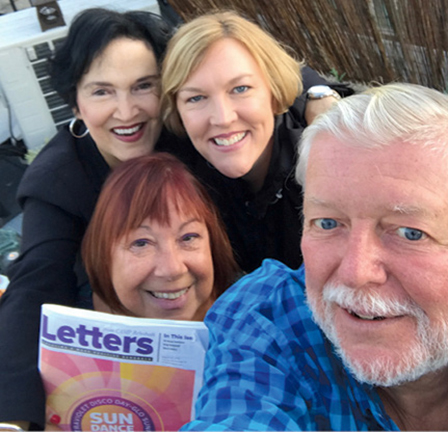 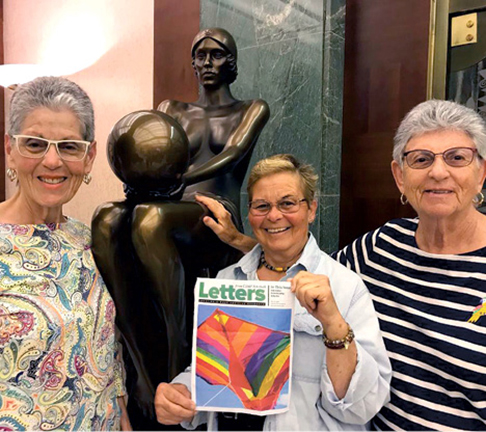 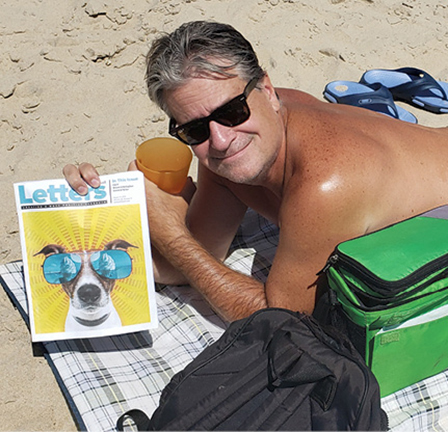 Editor,
Thank you for the August 23 article celebrating the “behinds the scenes” teams at Sundance. I spend a lot of time behind the scenes during Sundance Week, and I marvel at the work that happens there, accomplished by dedicated and creative people.
However, that article was incomplete. There is a huge team working in front of the scenes for Sundance, too. I call them the lobbyists, the friendly faces you see in the lobby of the Convention Center. They keep smiling when the doors open and hundreds of people pour into the facility, picking up their tickets at the “Will Call” station. They are taking tickets at the door or providing security or answering questions. Later in the evening, they are there to ring up auction purchases or retrieve your items as quickly as possible. They deal with lots of people, in a short period of time, and always graciously.
Monica Parr put together this team of incredible volunteers who run the gamut from A to Z, literally! They include (in alphabetical order) Dawn aAlexander, Brian Bartels, Jane Blue, John Brady, Carol Brice, Judy Cather, Becky Craft, Bobby Croker, Karen DeSantis, Carolyn DeVito, Donna Dolce, Keven Fitzsimmons, Rena Frampton-Seaton, Amanda French, David Garrett, Ken Gillespie, Cindy Gruman, Daniel Hayes, Nancy Hewish, Carolyn Horn, Tom Horvath, Rob Jasinski, Lyndon Johnson, Maureen Keenan, Mickie McManamon, Jack Morrison, Tom Negran, Gwen Osborne, Lisa Rabigi, Barb Ralph, Jennifer Rubenstein, Teri Seaton, Rose Schmidt, Sal Seeley, Mark Shaw, Guillermo Silveira, Devon Singer, Lisa Soens, John Michael Sophos, Terry Stinson, Angie Strano, Terry Stinson, Jeff Stroud, Stephanie Wingert, Marc-Anthony Worosilo, Bea Vuocolo, and Larry Zeigler.
Here’s a big “shout out” to this important team, too!
– Glen C. Pruitt

Editor,
As I composed this in my mind, I inevitably started with Dear Steve and Murray. Some changes take a while to integrate. My thoughts go to Sundance and Murray as well as Steve’s energy, present at the dance as well.
I wanted to thank Murray and crew for creating such a wonderful night. Though I could not see the lights and décor or the dancing men and women, I saw the energy in my mind’s eye. When friends described the light colors, they were the colors I had in my head.
Sundance is a wonderful tribute to our past, present, and future. I danced with people I could not see but I could open up my heart and soul to on the dance floor. It’s wonderful that as we age physically, we can be young at heart. Robbie’s music was superb. I danced to his music many a night in NY at the Saint, or the Ice Palace Fire Island,
New York in the late 70s, 80s, into the 90s was a playground only a small percentage of gay men experienced. Those days made the future we experience today. The sweat and tears, laughter and joy, support the core belief that gay men and women, no matter how you classify yourself these days, have the right to be all we are. Sundance brings the past, present, and future together.
The generation taking the reins now must know our history to understand and build on the solid foundation we have laid down. As CAMP Rehoboth transitions to new leadership, the wisdom of the past will help us navigate the future. Our diversity is our strength.
I wish I could personally thank everyone who made Sundance happen, including supporters and dance fiends who attended. Everyone’s energy made it magical.
Do not fear change, for it brings us the future. Thank you and carry on dancing in the LIGHT!
– Tommy Gibson aka “Blind Guy”

Send a letter to the editor!