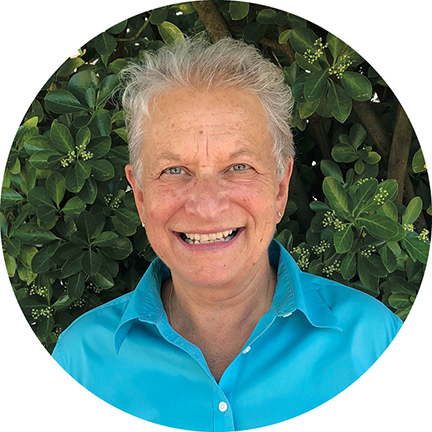 Rehoboth Beach City Manager Sharon Lynn sits in an office surrounded by her proudest accomplishments. On a wall across from her desk are three framed photographs. One features the beautiful stone facade of the West Goshen Township Building. A second is the imposing historic building housing the Provincetown Town Hall; third is in our town, the Rehoboth Beach City Hall building overlooking Rehoboth Avenue.

Sharon was city manager in the towns where and when each of these buildings was either built or renovated. The photos represent where her career has taken her and her passion for the people and places she’s served.

What exactly is a City Manager? How does Sharon spend her days? She likens it to the CEO of a large company. She manages a budget of over $20 million and oversees over 200 staff members. Calling upon communications skills and patience, she “makes the engine run.” That means managing what she laughingly calls “Complaints Central.”

In between phone calls and meetings, she walks the town, connecting with property and business owners, and getting feedback in order to solve problems, study suggestions, and make Rehoboth-the-city run as efficiently as possible. She loves that part of her job, interacting with people in the community and serving as a change agent for the city’s present and future.

Sharon spent her early career as a police officer in Pennsylvania, serving 21 years in that capacity. She attended the FBI National Academy and began a career path towards police chief. When she was tapped for city manager, though, she made her move to municipal government. Her stints as city manager include a decade in West Goshen Township, Pennsylvania, and seven years in Provincetown, Massachusetts before coming to Rehoboth.

Her years in Provincetown, also a well-known LGBTQ friendly resort town, prepared her for the five and a half years she has been managing Rehoboth. She vacationed in P-town and always planned to retire there. But upon retiring, she found that vacation and retirement are two different things. She didn’t have enough to do. So when the P-Town city manager position opened up, she applied and got the job.

Sharon says that Provincetown is much like Rehoboth—a tight knit, diverse community with people who care, and a community that’s clean, safe, and friendly. While she loved it there, when the opportunity for a new challenge came along in the form of an opening for a city manager in Rehoboth Beach, she jumped on it.

And here she is, with no “what ifs” about her career choices. Between police work and city management, she’s had two great careers and she continues to be passionate about the opportunity to help people.

Sharon was born and raised in Philadelphia, and is a huge Phillies fan. She makes a point of running up to her native town to catch a game now and then. She also loves the outdoors and biking, taking in the natural beauty of Delaware. She has two Westies that keep her off-hours busy, which means she belongs to one of Rehoboth’s largest communities: dog lovers.

Speaking of groups, Sharon has a deep connection with CAMP Rehoboth, both personally and professionally. She believes in the work Murray Archibald and the late Steve Elkins have done to make Rehoboth the welcoming and diverse city it is today. She uses her strong relationship and collaboration with CAMP Rehoboth to help promote the organization and its community work. And she recognizes and talks up its great accomplishments.

One of Sharon’s favorite events is the upcoming CAMP Rehoboth Block Party, “What a great idea!” she says. Whether in an official capacity for the city or as a patron from the community, Sharon attends many events to show her support.

With her phone constantly buzzing and residents and visitors to help, Sharon is one busy city manager. She hopes to stay in the community for a long while, and she definitely doesn’t think about retirement any time soon. She loves our town, and like so many of us, she says, “Rehoboth will always be in my heart.” ▼