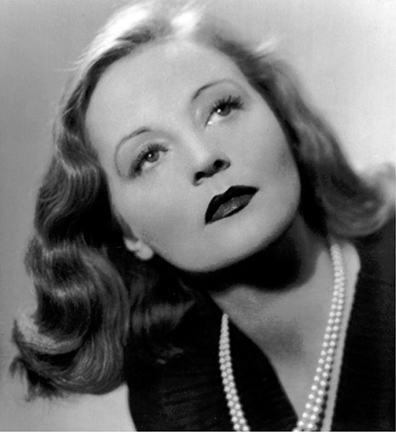 Ordinarily, when we think of LGBTQ history/herstory, we think about and celebrate the activists or the martyrs, the people who’ve been fighting the good fight in politics, organizing for social causes and civil rights, or public figures who’ve stood their ground in the face of hate and then suffered for it.

But the truth is, our heritage is much more textured than just our political and social struggles, and always has been. Before we were out and proud as a community, there were people who’d been hiding colorfully, outrageously in plain sight. Walking among us were people who expressed life as just plain fun.

In the 1920s and through the mid-twentieth century, no one insisted on a life of fun as firmly, and some would say loudly, as stage and screen actress Tallulah Bankhead (born 1902, died 1968).

What a character she was, classy and vulgar at the same time; high femme and gutter pushy. Elegant by birth and inclination but an admitted glutton for the unsavory, including cocaine, alcohol, and copious amounts of sex. Her signature greeting, “Hello Dahling,” in her unforgettable whiskey-and-cigarette-drenched throaty voice, embraced everyone, high and low.

A life as flamboyant as Tallulah’s demands revisiting, and indeed honoring for the sheer chutzpah it took to live as she did during a period in America of rigid conformity and LGBTQ oppression.

She was famous for her scandalous affairs, and she was even married briefly, a public relations nuptial meant to clean up her image, which failed both as matrimony and as a PR whitewash. Her affairs with men were splashed all over the tabloids. Her affairs with women—among them actresses Eva Le Gallienne, Marlene Dietrich, Hattie McDaniel, and singer Billie Holiday—were whispered about by everyone except Tallulah: according to Judith Markel’s Six Women of a Dangerous Generation, Tallulah was known to bluntly introduce herself at parties with “I’m a lesbian. What do you do?”

Identifying as a lesbian was not enough for a woman as grandiose in spirit as in action. These days we might identify Tallulah as bisexual, or perhaps gender fluid, or by the all-encompassing term queer. But before any of that was a thing, Tallulah Bankhead described herself as “ambisextrous,” an expansive term which fairly gallops through the LGBTQ alphabet soup.

Tallulah wasn’t coy about her sexual adventures, either. According to several sources no less distinguished than The Oxford Reference, Tallulah explained, “I’ve tried several varieties of sex. The conventional position makes me claustrophobic, and the others give me a stiff neck or lock jaw.” Her wit could match Oscar Wilde’s.

Tallulah’s carryings-on weren’t limited to the glamour spots of New York and Hollywood. As Fay Jacobs pointed out in a 2002 Letters column, Tallulah was part of the Rehoboth crowd of gay and lesbian revelers at Louisa D’ Andelot Carpenter’s estate at Silver Lake in the 1930s and ’40s. Moreover, evidence suggests that Tallulah owned or at least rented a house in Henlopen Acres.

Partying, though, was not the sum total of Tallulah’s passions. Born into a politically powerful and liberal Democratic Alabama family (her father, Congressman William Bankhead served as Speaker of the House of Representatives from 1936-1940; her grandfather was Senator John H. Bankhead; and she was the niece of Senator John H. Bankhead II), Tallulah was a fierce advocate for racial equality.

Like everything in her life, she was not shy about expressing how she felt, even in a racially repressive environment. As a reward for campaigning for Harry Truman’s 1948 presidential candidacy, she was seated with the president and his family for Truman’s inaugural parade. When the South Carolina float went by, Tallulah loudly booed the float’s star passenger: segregationist Strom Thurmond.

She used her celebrity and political power and influence in more quiet ways, as well. In 1949, when Billie Holiday was arrested for possession of heroin, Tallulah contacted FBI Director J. Edgar Hoover and convinced him to intervene. It is not known exactly what she said to the then-closeted director (Hello, Dahling. Now listen, you…?), but whatever it was proved effective: Holiday was released. Oh, to have been a fly on Hoover’s phone!

These days, when our politics have turned dark, when fear invades our days and rage inflames our thoughts, the sheer fun of queer culture can get lost in the current cultural miasma. We could use more outrageous souls like Tallulah Bankhead, a woman who refused to cower, refused to keep her mouth shut, and refused to stop having fun—lots and lots of fun. ▼