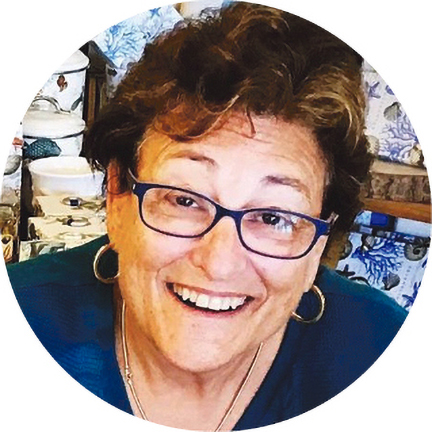 A Wild Part of Our Gay History Is Gone

A little piece of Rehoboth’s gay history disappeared in these last few weeks. The famed Carpenter mansion, on the beach behind Silver Lake and adjacent to Poodle Beach at the south end of the boardwalk, has been demolished. I’m heartbroken.

Officially called The Shell House, lore has it that the mansion, formerly a DuPont property, was where Rehoboth's LGBTQ life really began.

Outrageous actress Tallulah Bankhead, who rented a Rehoboth summer house, once frolicked at the mansion with her dear friend, DuPont heiress Louisa D’ Andelot Carpenter. Louisa spent a lot of time at the beach house, originally built by her parents in the early twentieth century. The house itself was an enormous, shingled “beach cottage,” situated behind protective dunes, facing the ocean.

Rich Barnett, our Letters local amateur historian, wrote years ago that “Louisa hunted fox and pheasant, and was the first woman master-of-hounds in America. She would become one of the first licensed women pilots.”

While Louisa was married to DuPont executive John Lord King in 1929, it was open knowledge that the socialite and aviatrix was interested in Sapphic romance. The marriage ended quickly.

As early as the 1920s and well into the 1950s, Tallulah brought her Broadway and Hollywood pals like singer Libby Holman, playwright Noel Coward, and movie star Greta Garbo to party with Louisa at the beautiful home on the ocean. And Louisa kept company with several well-known lesbians, including Marion “Joe” Carstairs, a Standard Oil heiress who cross-dressed, raced speed boats, and sported tattoos.

Newspaper stories reported that Louisa and her string of lovers, one of them Tallulah’s sister, gathered at the beach house for years. But it was torch singer Libby Holman who captured Louisa’s attentions.

Barnett found a June 11, 1937, announcement in the Delaware Coast Press reporting Libby Holman “arriving at Rehoboth by plane on Wednesday evening and staying at the home of Mr. and Mrs. R.M.M. Carpenter near Silver Lake.”

Historian Elisa Rolle writes in Days of Love, “Their affair…became well-known and, for the most part, accepted within both society and theatre circles. One of Libby’s actress friends fondly referred to Louisa a “he-she” because of Louisa’s fondness for hunting and men’s clothing.”

But in 1931, Libby married Smith Reynolds, the North Carolina heir to the Reynolds tobacco fortune. The marriage was combative, with Louisa as a frequent house guest, dressed always in masculine attire and enjoying bootleg champagne. It became a love triangle leading to Rehoboth’s Louisa Carpenter getting involved in a scandalous murder mystery.

At a drunken party on July 4, 1932, Libby and Smith argued amid lots of drinking, disrobing of guests, and other shenanigans. When a shot was heard from the bedroom, guests found Reynolds dead from a gunshot to the head. Suicide or murder? The authorities ruled suicide at first, but then a grand jury charged Libby with murder. Louisa Carpenter paid her $25,000 bail.

While the charges were eventually dropped, and the case never solved, the scandal was all over the newspapers as one of the biggest stories of the year. Libby and Louisa quietly returned to Delaware.

The relationship continued through the 1950s when Libby returned to the stage. Louisa stayed in Delaware and on a farm near Easton, Maryland as well as a home in Florida. In 1971, Libby Holman committed suicide, the mystery of Reynold’s death never unraveled.

Through the mid-1970s, Louisa could be seen entertaining at the Carpenter mansion and on the beach in front of her home. In 1976 she died, piloting her own plane to a crash landing in Easton. She was 68.

Throughout the decades, as more gay people vacationed in Rehoboth, the beach next to the mansion was dubbed Carpenter Beach, the unofficial “gay beach.” The gathering spot moved north by a few blocks when the gay people sunbathing there wanted to be closer to Rehoboth’s boardwalk refreshments.

It was a very short walk from the end of the Rehoboth boardwalk to the mansion and back in the mid-90s; lots of us trekked over to see the enormous home.

Over the years, the family sold off portions of the original lot, with huge, contemporary beach homes now facing the ocean. According to an article about a year ago in the Cape Gazette, the property was owned by the DuPont family until around 2000. Most recently it was listed for sale at $14.9 million.

And now it’s gone, a piece of Rehoboth’s queer history lost to demolition. Louisa and Libby would be appalled. I’d like to think that somewhere, they are toasting to the good times with bootleg champagne.

Fay Jacobs is an author of five published memoirs. Her newest is Fried & Convicted: Rehoboth Beach Uncorked. As a humorist, she’s touring with her show Aging Gracelessly: 50 Shades of Fay. See fayjacobs.com