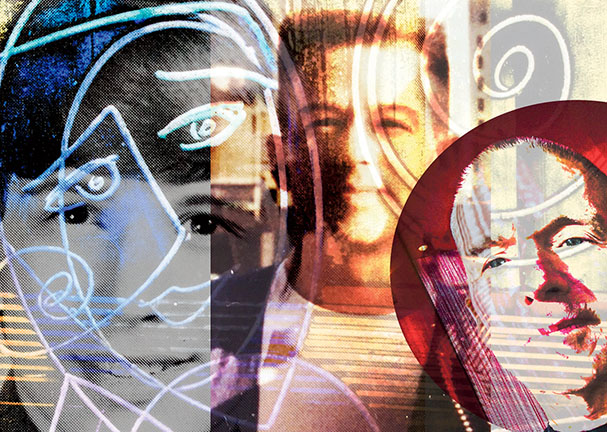 When I opened my eyes a little before 6 a.m. on a cold day in January, the thought occurred to me that every time I do so, I am a different person than I was the morning before.

In the 24 hours since I last awoke, I reasoned, I added 24 more hours of memory to my internal hard drive. My mind collected data around the clock— names, faces, experiences, mental and physical pain, moments of joy, revelations, fears and hopes, successes and failures.

We like to say to ourselves that we are who we are, but who we are is in a constant state of evolution.

Most of us don’t want to think much about change. We’re afraid of it—or at least the idea of it—and we move through life following the same patterns and stuck in a timeworn rut of our own making, in order to avoid it. We grow so comfortable in that rut we mistakenly believe that nothing can change us.

At least until something unexpected happens to snap us out of that delusion.

The day I learned Steve’s lymphoma had returned in a much more aggressive manner was one of those days for me. The knot that instantaneously formed in the pit of my stomach was a premonition of what was coming straight at us like an out-of-control freight train.

The uncertainty was as terrifying. I knew we were entering unknown territory for us.

Now, two years later, I can look back and understand I had no idea of the extent of the change coming our way. A good thing too, for if I had fully understood what was happening, I would have been paralyzed by fear and grief.

Instead, we got to work dealing with our changed lives one day at a time. Thus, the change was not instantaneous, after all, and week by week my abilities, and my resolve, and my faith, and my courage, evolved to cope with the everchanging world of our new reality.

We humans have a remarkable capacity to adapt to change. Really, we don’t have much choice. Life changes. We adapt or we die.

Perhaps my tiny revelation on that cold January morning was a sign that my creative spirit was reawaking after months of relentless adaptation and personal evolution.

In accepting that I am a changed man every time I open my eyes on a new day, I also find a way to honor the man I was yesterday—and the man I will be tomorrow.

I am still the little boy who loved theater and wrote plays for the neighborhood children (appreciated, or not!).

I am still the artist, the actor, the student, the husband that I once was.

I am the co-founder of CAMP Rehoboth, and a member of Epworth United Methodist Church. I am a preacher’s son. I am a dancer. A poet and a designer.

I am a man learning to be me—and that is a lifelong process.

The question for each one of us, is not will we change, but what we will do with the daily changes taking place in our lives.

Every day we have the opportunity to reimagine future possibilities—to climb out of whatever rut we have worn for ourselves.

For 30 years, my identity has been wrapped up in CAMP Rehoboth. Extracting myself from the daily operation of the organization was even more painful than I expected it to be. But sometimes it takes pain to push us on through a difficult transition in our lives—or at least to hasten us on through the various stages of change.

When I got my new phone a few months ago, Verizon gave me a year’s subscription to Disney+.  I’m a big enough Star Wars fan for The Mandalorian alone to make that exciting, but I confess I have also enjoyed all the other offerings from Disney. I had never heard of the Disney reality show Encore!

Each episode restages a high school theater production with the original cast, reunited after a decade or two—or more. Each show is produced in five days, and guided by professional directors, choreographers, musicians, and designers.

As each cast reassembles, many have not seen one another for all or most of the time since leaving high school. They come back with a deep appreciation for old friends, and a new wisdom for what they have learned in the intervening years. The result is oddly sweet and moving to watch. They will never be the kids they were when the show was first produced, and yet, at the same time they will always be those kids—always rediscovering who they are and who they will be in the future.

As an organization, CAMP Rehoboth is also entering a new stage of its existence—a time of discovery, a time of reassessment. The growing pains for the organization will be as stressful as letting go was for me, but eventually, a new balance will come. New directions will be established, and the present will become the future.

A future anchored in the foundation of the past but free to shine on its own.

The concept of CAMP Rehoboth has always been to create positive change by living out and open lives, side by side with our neighbors and community. Living open and honest lives allows each of us—and the organization—to evolve and grow and find our place in the world around us.

On a personal note, I am not completely out of the picture, and will have a few responsibilities for another year, at least. I will still work with staff and volunteers to manage and produce Sundance. For now, I am still doing a small amount of design and photography for Letters from CAMP Rehoboth, and I’m working to create a photo archive for the organization. I will still write a column from time to time.

My new office is now a part of my studio next door to the main CAMP Rehoboth office complex. I can still be reached by email.