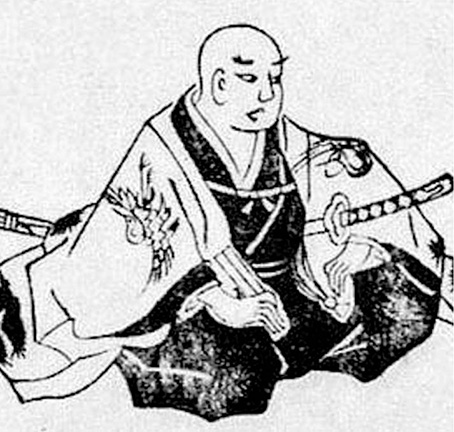 Was He or Wasn’t He?
Ihara Saikaku and The Great Mirror of Male Love

When rummaging around in LGBTQ+ history and how queer life was lived in various times in various cultures, we have to accept that definitions of morality were often vastly different from what we consider morally acceptable today. So let’s get a contemporary ick-factor out of the way, shall we, and consider the monumental novel, The Great Mirror of Male Love, by the late seventeenth century Japanese poet and novelist Ihara Saikaku.

The ick-factor I’m referring to is what might politely be called May-December relationships: older men and youths. While we recoil today at extreme age differences in sexual relationships, especially the abhorrent abuse of children, keep in mind that in Ihara’s time the “older” man might be a Samurai warrior in his twenties or thirties, and the youth an adolescent. These relationships often went beyond mere sex; they could be quite loving, even protective. So while our twenty-first century sensibilities might still react with a “eeewww” to these couplings, we need to keep time, place, and culture in perspective.

Moreover, in historical accounts of seventeenth century Japan, homosexual relationships between men and youths was not just acceptable; such relationships were considered a fitting theme for art. According to Paul Gordon Schalow, who translated The Great Mirror of Male Love from Japanese into English, “Popular (sic) literature in premodern Japan did not depict male love as abnormal or perverse, but integrated it into the larger sphere of sexual love as a literary theme.”

The Great Mirror of Male Love, published in 1687, is divided into eight sections of five chapters per section. The first four sections address love between Samurai warriors and young monks. (Who would’ve guessed?) The remaining four sections depict relationships between men of the merchant and artisan class of the city and youthful actors in the Kabuki theaters.

So who was Ihara Saikaku and why did he write such a novel?

Considering the outright homoeroticism and romance of The Great Mirror of Male Love and Ihara’s other works of prose and poetry, his biography comes as a surprise, and not a little confusion.

He was born in 1642 in Osaka into a wealthy merchant family who named him Hirayama Togo (he took the name Ihara Saikaku in 1673). His talent for writing showed up at an early age, and he started writing “haikai no renga” (linked verse) as early as age 15. By age 20 he was celebrated as a haikai master.

His poetry was admired throughout Japan, but as a young man of the city he recognized the creativity of urban life. He is credited with creating the Floating World genre, which flourished during the Edo Period, founded in the seventeenth century and ending in 1867.

The surprise in Ihara’s biography revolves around his personal life. According to the scholarly work done at Princeton University’s Marquand Library (which owns a seventeenth century edition of The Golden Mirror of Male Love), Ihara was happily married to a woman. His grief at her death in 1675 resulted in a lengthy, heartbreaking poem. He continued to grieve until 1682, when he quite suddenly and unexpectedly wrote the first of his prose works, The Life of an Amorous Man. The book was a major success, as were all of Ihara’s novels which followed. The Golden Mirror of Male Love, solidified Ihara’s reputation as a significant figure in Japanese literature, an honor his name still enjoys today.

The question remains whether Ihara himself was homosexual. On one hand, he was happily married, and grieved bitterly for his wife. On the other hand, his depictions of male love are so sensitive, so all encompassing, it is difficult to believe that he had never experienced a homosexual relationship.

So, was he or wasn’t he? The question has ramifications for us today when controversies about “lived experience” and who has the right to depict certain communities or ways of life are subjects of intense and passionate argument. But regardless of where any of us place ourselves in that debate, the artists who created the works of the past can’t hear us, and thus can’t argue. Which means that Ihara’s masterwork, The Golden Mirror of Male Love, will have to speak for him, and we can only choose whether to listen or not. ▼

Ann Aptaker is the author of short stories and the Lambda & Goldie award winning Cantor Gold series Murder and Gold. The next in the series, A Crime of Secrets, will be released in July 2023.