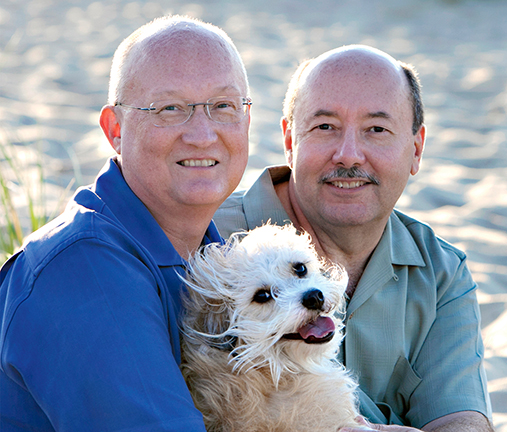 Don Peterson: On a Mission

“Called to Serve.” This is a frequent Mormon expression and it describes the life and works of Don Peterson. He was born in Magna, Utah, a suburb of Salt Lake City. Magna is not really a city but a township of 23,000 people. Settlement started in 1851 and by 1897 the first LDS Ward was established. Don’s grandparents were missionaries and settled here. Don’s parents were born in Magna and are there still. They were married young and his dad worked in the mines along with two or three other jobs. By the time Don’s dad was 24 years old, there were four kids in the family. His mother and dad worked ceaselessly for their family and their church, raised their kids in the faith, and instilled undiluted Mormon culture into them.

Don went to Salt Lake City to enroll at the University of Utah and study accounting. Why accounting? His grandmother decided that the family needed an accountant. Don admits to always hating attending to details but never considered stepping outside his role in the family. Upon graduation, Don happened upon the Federal Civil Service; he passed the test and was hired. He and his “friend” Jeff, counter to their culture, moved to Washington, DC. Don started his career at the US Department of Agriculture where he would stay for 30 years.

Don worked for 20 years in the Rural Electrification Administration. In view of Don’s growing commitment to social justice, his selection by the REA is only slightly ironic. The REA was one of Franklin Roosevelt’s 1935 New Deal signature programs. While 90% of urban dwellers had electricity, only 10% of rural dwellers did. Private companies had refused to build costly electrical lines, but by 1939 the REA had established 417 co-ops serving 288,000 households. Don wrote annual reports and did financial analysis keeping the tradition of co-ops alive. Don explains that in spite of his belief in the mission, the day to day details began to bore him and he looked for new challenges.

The Farmers Home Administration was ready to challenge him with a sizable new and innovative position, packaging and selling securitized government loans in a Fannie Mae-like structure. He began weekly to do business with Wall Street bankers, an experience different from everything Don could imagine. The pilot program’s objective was to market one hundred million dollars’ worth within one year. Under Don’s leadership the goal was far exceeded to nearly one billion dollars. Don became regarded as a great success and received a lot of recognition. This was foreign to him; he was astonished by the acclamation.

He was offered and accepted the position of Deputy CFO of the Food and Drug Administration. His office was in the executive office along with the top level administrators. When describing this environment, he looks bemused as if he cannot comprehend how he got there. He repeats, “And details just aren’t my thing.” In any case, Don’s intelligence, skills, and work ethic propelled him to career heights. But, in time, this wore off and he was confronted by his own sense that something was missing.

At age 51, he left the federal government to open his own business as a coach and a consultant. He hoped to help others find their best life, and aimed to help people find their calling, not only make a living. He is convinced that we get caught up in day to day activity and lose sight of our true life’s work.

After ten productive years in business, Don and his partner moved to the beach. They had owned a condo for several years but wanted to put down roots. They built their permanent home just outside Rehoboth Beach.

But true to his cultural roots, Don has worked assiduously for progressive goals since he arrived. He is active with the Universal Unitarians, the Film Society, and the Democratic Party. The Cape Gazette publishes with regularity his letters asking for fairness and justice for all Sussex Countians, including undocumented immigrants. He reminds us that Sussex County’s undocumented immigrants are not only Hispanic and Latino but Eastern Europeans, Haitians, and Asians as well. Many have children born here and most have substandard housing. Describing this, his gentle face shows pain and compassion.

Don explains that his father was his inspiration for leading a just and helpful life. His father engendered in him a work ethic and a tirelessness for achievement. He taught him commitment to the community and to people denied an equal playing field.

When asked what he wants his legacy to be, Don turns serious. I want to be remembered as a social activist who made a difference for underserved people in Sussex County, who believed in equal rights, equal housing, and who believed in caring for neighbors.