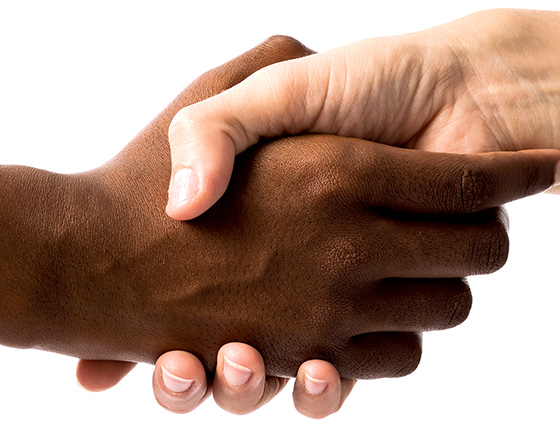 Wednesday, July 6, St. Paul, Minnesota: 32 year old black man Philando Castile is shot in his car by a police officer after being pulled over for having a busted taillight.

Thursday, July 7, Dallas, Texas: five police officers are killed and seven others wounded by a black man in an ambush style attack during a peaceful protest of the previous day’s shootings.

The violence seems unending. We mourn the deaths of Alton and Philando; we mourn the deaths and injuries of the Dallas police. As a nation, we want easy answers and quick solutions, but that will not heal the racial divisions that, decades after the turbulent civil rights struggles of the 1960s, still live among us.

I grew up in the Deep South, and lived in Alabama until I completed college and headed north to DC, New York, and eventually Rehoboth Beach. Though young, I lived in the time of Selma, the Birmingham church bombs, and Governor George Wallace. Frankly, it wasn’t until I moved away from the state, that I realized how fortunate I had been to have progressive thinking parents who taught us so well that everyone was equal, that I didn’t understand the depth of the racism that actually existed around us during my childhood.

Back then, it was blatant segregation. These days it has become more discrete, more insidious, and certainly not limited to the Deep South—believe me, parts of Sussex County are not very different from Alabama—and it infects all of us, whether we acknowledge it or not.

The only way we can change the national conversation about race is for white people to accept that our white privilege has blinded us to the ways that racism subconsciously governs our lives.

At various times over the past couple of years, I’ve engaged community members in conversations about white privilege and been shocked by how uncomfortable that conversation can be for some people, but until white people take up the mantle of absolute equality in this country, nothing will change. If I have to convince someone that white privilege exists, that person is a racist—even if they do not acknowledge it to themselves.

For that matter, if I say Black Lives Matter, and the response is, “all lives matter,” that person too is a racist. Not that “all lives matter” is not a true statement in another context, but here and now, and in this usage it becomes a racist comment.

There are people in our country who have never recovered from the shock of having a black president—and many of them have found a home in the divisive campaign of Donald Trump. Some are acknowledged white supremacists, but others are just white people who feel that the little privilege they have is being taken away.

Race is not an easy subject to talk about, complicated as it is by the basic human instinct to be fearful of that which is different from us. That instinct may be part of our primitive nature, but rising above it is what sets us apart as human beings. All great spiritual thinkers have placed love of others in the forefront of our own spiritual and moral growth. That is where we connect to one another. That is why we need to stand firmly with Black Lives Matter, and in this time and in this place in our history, stand up to our own fear of change, our own fear of that which is different, and acknowledge that when we rise we need to rise together or we will never get high enough to see over the mountain of racism that traps us all in a valley of shame.

As a nation, we have changed laws, but attitudes cannot be legislated. Beliefs, true or false, are not altered by government regulation, but by our interactions with one another. As we have learned from our own experience in fighting for LGBT rights, change comes slowly, and it comes because we make ourselves visible, because we do not allow others to ignore us.

No matter my own experience as a gay man, I will never know what it is like to be black in this country. I can imagine, I can empathize, but I cannot know, because I am a white man. All I can do to help Black Lives Matter is to be willing to stand in the line of fire—both in spirit and in body, if the need arises—and to use my white privilege to destroy my white privilege whenever and in whatever small way I possibly can. This is one of those moral choices we are all called to make in life. Will we give up our power in order to save our humanity?

Not to make light of this matter, but like Frodo in the beloved Lord of the Rings, we stand above the abyss and must find the inner strength to cast away our ring of power in order to set the world free from its bondage.

We started CAMP Rehoboth to create a better world for all of us, and we have continually over the last 26 years used the expression “room for all” to support our work, our vision, and our mission. That means that we must make sure that in all we do we are open to all races, all ages, all religions, all gender identities, and all economic backgrounds and political beliefs.

Of all people, the LGBT community should be at the forefront of the fight against racism. The LGBT community is as diverse as the greater population around us, and every step toward equality for us, as well, has been hard won. Yet, all too often I hear tiny comments or sense reactions that let me know that racism is present all around me, though certainly not, for the most part, in any blatant form. But it’s there—and it’s an infection in our collective souls.

With our experience and our natural abilities to be mediators and healers, teachers, and spiritual leaders, the LGBT community is in a position to take active roles in creating progressive solutions for dismantling racial structures within our culture.

As individuals, each of us can make a difference. Let’s do it!