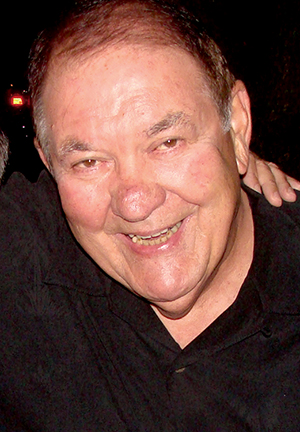 Robert "Bob" Bonitati of Rehoboth Beach and Ft. Lauderdale passed away on Tuesday, October 31, 2017 in Tampa, Florida where he was participating in an experimental cancer treatment protocol. Bob was born on September 19, 1938 in Bridgeport, Connecticut, the son of Frank and Peg Bonitati. He is survived by his sister, Peggy Person of Tampa, his niece, Sandra Butte (Andrew), his nephew, Richard Person, and his great-nephew, Ryan Butte. Bob is also survived by many wonderful friends in Rehoboth Beach, Ft. Lauderdale, and Washington, D.C.

Bob graduated from the University of Connecticut with a degree in political science and did graduate work at Arizona State and the University of Tennessee. While at Tennessee, he met Senator Howard Baker and joined him in 1967 as his Chief of Staff for a period of time before entering the private sector. Bob was head of governmental affairs for the Airline Pilots Association for six years. He then joined the Reagan White House as a Special Assistant to the President serving as White House liaison to organized labor. Bob was with President Reagan on March 30, 1981 at the Washington Hilton for the President's speech to the Building Trades Union. As they were walking out of the hotel together to return to the White House, Bob was stopped momentarily by a friend just as the President exited and was shot. Bob credited his friend with saving his life. Bob lived in Dupont Circle during those years where many of his friends jokingly referred to him as ‘Mayor’. Bob was very social and loved to entertain.

Following his White House service, Bob enjoyed being part-owner of Birds Flower Shop while he worked at the Kamber Group. He then transitioned to The Hawthorne Group, another public affairs firm. In semi-retirement Bob continued to represent clients in Arizona, including the Salt River Project.

Bob enjoyed his many years as a visitor and then in retirement as a homeowner in Rehoboth and Ft. Lauderdale. He was a long-time supporter of CAMP Rehoboth.

A Celebration of Life for Bob hosted by Bob's family, Phil Sparrow, and friends will take place on Saturday December 2, 2017, from 5:00.PM to 7:30.PM at the Vantage View Condominium Community Room, 2841 North Ocean  Boulevard, Ft. Lauderdale, Florida 33308. Please call Phil Sparrow at (954) 347-7057 if you are in Ft. Lauderdale and would like to attend. A later Celebration of Life in Rehoboth is planned for a date to be determined.

Gary L. Gillard, 72, passed away peacefully on November 1, 2017 at Integrace Copper Ridge, Sykesville, Maryland from complications of Parkinson’s disease.
Gary was born in Washington, D.C., the son of Raymond and Louise Gillard of Silver Spring, MD. Gary received a B.A. from Westminster College, New Wilmington, PA; an M.Div from Virginia Theological Seminary; a B.SpEd from Deakin University of Victoria, Australia; and a M.S. from Hood College in Frederick, MD. He taught at the Maryland School for the Deaf for 22 years and for some years was the Vicar of St. Timothy’s Episcopal Church in Frederick. After retiring from MSD he was a part-time Instructor in the Computer Science Department of Hood College.

He was awarded the title of Assistant Professor Emeritus from Hood College. Gary loved teaching and learning, often traveling to learn about new places and cultures. Fluent in American Sign Language, he volunteered his time to interpret for students in their extracurricular activities. Gary will be sadly missed and remembered by many friends, colleagues and students in Frederick and elsewhere.

Gary is survived by his friend and companion of forty five years, Bernard C. Gerrard. A Memorial Service will be announced and held at a future date. In lieu of flowers donations can be made to the Raymond L. and Louise K. Gillard Prize fund at Hood College or to Hospice of Carroll County, MD.