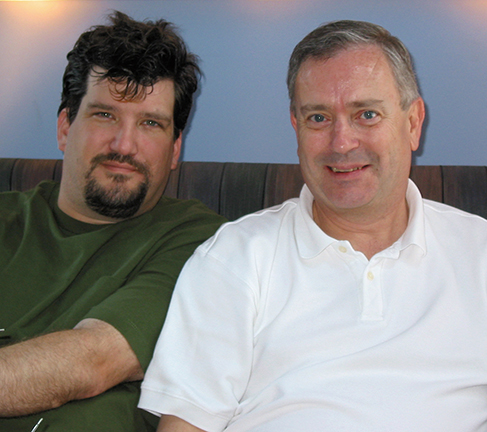 Everyone in Rehoboth Knew Steve Elkins

The governor called as he lay dying. Senators, too, stopped to pay respects. And respect. Steve would have loved that, because he loved government and the art and skill it took to get things done. He worked in Jimmy Carter’s White House, for Pete’s sake, and the halls of the Delaware Statehouse.

To change things. To change everything.

I know Steve and my brother Murray changed Rehoboth Beach—with help from many of you. From where I sit, 870 miles away, you changed the world.

But then, that’s what Steve did to my world, too.

I was maybe 15 when Murray brought Steve home to Birmingham, Alabama. I was a pulling guard from the South with a Skoal ring on my Levi’s and life goals consisting of a) cheerleaders and b) avoiding anything that might hurt my shot with…cheerleaders.

Murray and I were as different as day-glo and dark by that time, though we had always been close. He was the oldest and I was the baby and nine years difference was enough to let us love each other and like each other at the same time. He held me at the hospital after I cracked my skull on the trampoline. He held me at the doctor when I smashed the tips off my fingers. He held me when I hurt and gave me comfort. Always.

But by the time I was a teenager Murray was David Bowie and I was Bama. He was knee-high suede boots (it was the ’70s) and I was cleats. He was out and he was gay, and I was shuffling Sgt. Schultz muttering I know nothing.

Because let’s face it, I knew nothing.

Then Murray brought Steve home to the parsonage for Christmas. Steve was different too, but he was Brooks Brothers and business and buttoned down and so much more. He sang in the church pew like Dad and talked sports (as best he could) because he reached out to reach us all.

He became the piece we didn’t know we needed, the one to finish the puzzle or complete the circuit. Murray has said from time to time that Steve filled the hole in his heart from the moment they met.
But it was more than that. Steve filled an empty space in all of us, connecting us not just in spite of our differences, but in celebration of them.

I can’t say when Steve actually became part of the family. It was fast. He was a charter member of the “Outlaws,” the in-laws who simply shook their heads at the Archibalds and who sat at the back of the room and joked during family slideshows about how much the rest of us liked looking at pictures of ourselves.

In my mind he was family from the start, brother-in-law from the beginning. Even if it took the law 40 years to make it official. But then, Murray was planning the wedding, so lead time is not a bad thing.

I see him laughing in a corner chair when I close my eyes. I hear him sobbing out loud in a theater during Lord of the Rings. Or at home, during a really compelling Palmolive commercial.

He was fully committed, emotionally, to the things that played out in front of him. Just like he was to the world.

I see him dressed as a clown—Mister Cuddlebum of all clowns—bounding in the yard with his old dog Sam, all those nieces and nephews running behind.

I see him solving the problems no one else wanted to deal with.

I see him slipping away to lunch to grab a pork sandwich from Gibson’s in Decatur—pioneer of Alabama white sauce. Who could blame him? It’s not like Murray’s gonna eat.

I see him rocking my daughter Mamie on his lap, swinging Ramsey around by his arms until his back hurt and he pretended to cry.

I see him, umbrella in hand, rushing into the yard to break up a dog fight. Musketeer meets Mary Poppins.

I see him on the dance floor, and in the statehouse. I see him bridging gaps, filling holes, bringing us together by honoring our differences.

You know that Steve. Of course you do.

He changed your world as much as mine. Maybe more.

You know that, too. Because flags in Rehoboth Beach flew at half staff when Steve died in March.

He would have loved that.

I can just see him up there, sitting on a cloud and smiling down at that flagpole. I can hear him, casually mentioning it in conversation to St. Peter—or whatever little angel fluttered by.
Did somebody important die? Hmm. I wonder if I knew them.

John Archibald is a columnist for the Birmingham News, Huntsville Times, Mobile Register and AL.com. Steve Elkins was his brother-in-law. In the week after this article was printed in Letters from CAMP Rehoboth, John Archibald was awarded a Pulitzer Prize for Commentary. 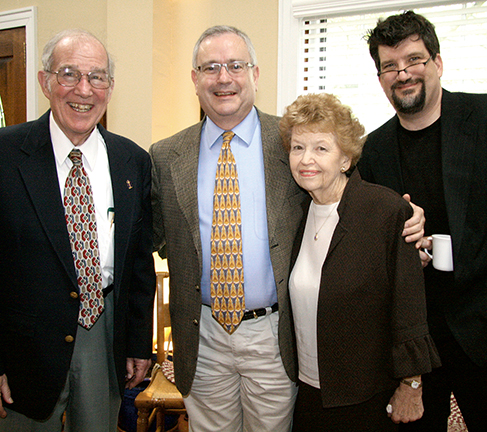 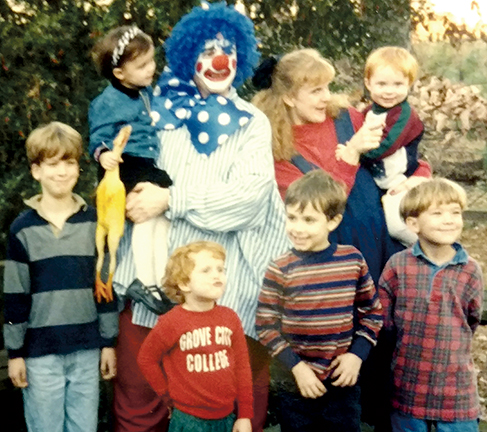