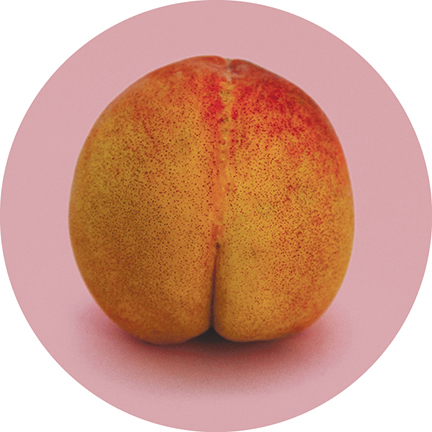 Who Doesn’t Love a Fuzzy Navel?

It’s getting to be high peach season here in southern Delaware. Step into any roadside produce market and you’ll smell ‘em in the stalls and baskets. Ripening. Beckoning. I don’t know about you, but they arouse me in a summer time, juice-running-down-your-chin kind of way. There’s a reason André Aciman wrote that now infamous peach scene into his novel Call Me by Your Name.

And that’s precisely why peach-flavored cocktails in the mid-1980s were ripe with sexual innuendo. According to cocktail historians—yes, these people exist—the actual origins of the Fuzzy Navel are, well, fuzzy.

One mostly-discounted story says it was invented in Omaha, Nebraska, at the Wagon Tongue Bar. Others say it was born in 1986 when executives at a struggling New York wine and spirits company named National Distillers were looking for a way to market a new peach schnapps product.

Supposedly, a sales rep who used to write jokes for the Johnny Carson Show mixed some with orange juice and dubbed it the Fuzzy Navel. Peach fuzz, navel oranges, get it?  People did, because by the end of 1987 it was the most popular mixed drink in the country. It has its own Wikipedia page.

National Distributing next devised a Spring Break contest in Ft. Lauderdale to reward the bartender who sold the most peach schnapps. A 25-year old bartender added cranberry juice to the Fuzzy Navel and called it Sex on the Beach. I don’t have to tell you how popular that drink became. Tom Cruise touted it in the 1988 movie Cocktail.

Seeing as it’s peach season and knowing Delaware was the original peach state—sorry, Georgia, but Delaware led the nation in peach production in the early 19th century, until a blight called “the yellows” wiped out the industry. But that’s why the state flower is the peach blossom and the state dessert is the peach pie—so I thought it might be interesting to revisit my relationship with the Fuzzy Navel.

The first bartender I visited laughed when I asked about his prowess with the cocktail and then I was too embarrassed to actually ask for one. Bee at the bar at the Back Porch Restaurant said he hadn’t made one in about five years. And I could tell he didn’t want to break that winning streak.

Hunky Matt over at Aqua, on the other hand, was game to indulge my whim, though he insisted on mixing me a Hairy Navel, the butch brother of the Fuzzy Navel. I was floored someone of his young age knew either of those drinks, but Matt is a man of many talents. Too bad he declined to show me his hairy navel…. Matt’s recipe is simple: lots of vodka, a good shot of peach schnapps, and a little bit of orange juice—for the color, mostly.

The drink was surprisingly good and deceptively potent. A couple of them, I’m ashamed to say, kicked my ass and reminded me why I quit drinking them in the first place.

Flash back to a college bar called O’Malley’s with big decks overlooking the Oconee River in Athens, Georgia. It was the fall football season and—yes, you guessed it—Hairy Navels were all the rage, even with the manliest of men and mostly because of the University of Georgia song called “Bulldog Bite: Hunker Down Hairy Dawgs.”

I can’t tell you how many times I’d awaken the next morning on an antique cast iron loveseat, too hung-over from one too many hairy cocktails to make it to Intellectual Property Law class. (I never knew if the headache came from the cheap liquor or from banging my head against iron all night.) Good lord, as I write this, I realize just how awful it sounds, like a bad Rupert Holmes song….

But, hey, it was the 80s and everyone was sipping sweet fruity drinks and the crazier sounding they were the more everyone drank. Remember the Slippery Nipple, the Orgasm, and Sloe Comfortable Screw?  No wonder people often refer to this era as the Dark Ages of the Cocktail, before the ascent of vodka and the revival of classic cocktails. Cocktailing wasn’t serious; it was fun. And if ever we needed a little fun, it’s now. How about this for a slogan: Impeach Trump and give me a Fuzzy Navel! ▼

Rich Barnett is the author of The Discreet Charms of a Bourgeois Beach Town, and Fun with Dick and James. More from Rich Barnett.
Photo by Charles Deluvio on Unsplash