Have You Seen Commissioner Lisa Schlosser? 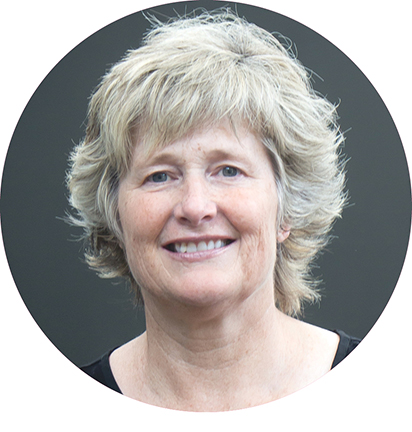 Lisa Schlosser, elected last August to the Rehoboth Beach Board of Commissioners, loved Rehoboth Beach so much that she bought property here the very day of her first visit. And her feelings about the town have never changed.

Her feelings about the importance of mentorship and giving back to the community haven’t lessened any either.

Lisa, who hails from Pittsburgh and still holds Steelers’ season tickets, joined the ROTC in high school after hearing from a boyfriend that she could get a college scholarship to Indiana University of Pennsylvania that way. Sure enough, the affiliation payed off and Lisa attended college on the ROTC Scholarship, joining the reserves along with way.

From there she made her way to active duty in the Army, where she worked in military intelligence and learned cybersecurity—in the years when that career was just coming into its own. It was the late 80s and early 90s when, Lisa says, “Mentors were so important to me in guiding me to this field I never even knew existed.”

At her first posting, at only 21 years old, she found herself in South Korea, standing in the demilitarized zone, peering through binoculars at a North Korean sentry peering back at her. “It’s an amazing memory,” she says.

And she was and remains amazed at the South Korean people. “I love their culture and industriousness,” and the way these hard-working people handled being subordinated throughout their history, but rose above that. “It gives me hope,” she says.

She was in Korea a little over a year, with six years total on active duty, retiring from the military in 1991 but staying in the Reserves until 2012. Her private sector career in cybersecurity involved international companies, like Ernst and Young. Moving to Northern Virginia made it convenient to work in Washington, DC, so Lisa began a stint with the federal government. She used her skills as a tech executive at the Environmental Protection Agency, the Departments of Transportation and Housing and Urban Development, and the Office of Management and Budget.

In 2000, Lisa made that first trip to Rehoboth with her partner, who grew up in Delaware. That was the day they bought their first place here—an apartment in The Ark on Rehoboth Avenue. From there, the pair moved to a place at Star of the Sea, where they rented the condo during the season and visited in the quiet months. Later, they moved to the Pines neighborhood in downtown Rehoboth.

But it was in 2016 when Lisa retired and moved full-time to the beach that she really connected to the community.

And for Lisa that means being a mentor herself and giving back by speaking out for gay rights, human rights, and working to “pay it forward” in Rehoboth Beach. After being here part-time for 18 years, this now full-timer dug in to learn about the City of Rehoboth and issues in the news.

She heard some neighbors expressing concern about the new City Hall construction and the budget overage to build it. She looked into the situation and became concerned herself about the cost and the direction the City was (or wasn’t) moving in—and decided to try to get involved.

With an election coming up that August, she picked up a nominating petition to run for commissioner and set about meeting her fellow citizens, listening to their concerns, and getting enough signatures by registered voters (minimum of 10, maximum 25) to get on the ballot. In the process, she learned a great deal and honed her positions—from the need for government transparency to instilling fiscal responsibility. Lisa spoke up about issues affecting residents, business owners, and visitors. “I call them guests,” she says.

She won that seat on the Commission in August 2017.

Apart from her busy Commission schedule, Lisa is very involved in and was a founding member of the Delaware Humane Association (DHA) storefront adoption center at Midway. She loves to spend time in town, sitting outside Lori’s Café in the CAMP Rehoboth Courtyard, or The Coffee Mill—along with her 15-year old dog, Mary. While Mary is home snoozing, Lisa loves going to Aqua, Diego’s, or other happy hours, talking to folks and enjoying the community.

She also loves putting photos of adoptable dogs on her Facebook page, as well as checking into local businesses and helping to increase their visibility. She’s a big booster for downtown Rehoboth Beach.

Apart from these activities, what’s next for Lisa? “Well, I’d like to get more involved with CAMP Rehoboth, to be a mentor, and work on outreach. We can’t allow society to go backwards; it must move forward, and that’s what CAMP Rehoboth has done—and will continue to do—so well. I think we need CAMP Rehoboth here more than ever and I look forward to volunteering.”

When she’s not watching the Steelers’ games, of course. ▼