Oak vs. Holly (Winter Is Coming) 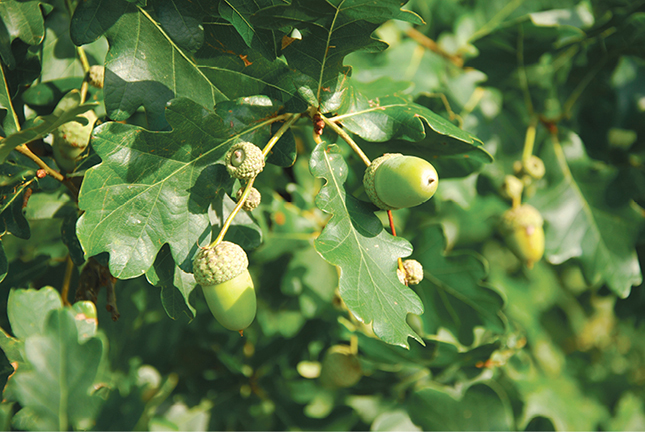 People of ancient times were very much aware of both the winter solstice and the summer solstice, which marked the ebb and flow of daylight during the course of a year. For the Celts, the English holly (Ilex aquifolium) and the oak (Quercus sp.) played an important role in marking these special times of the year.

The summer and winter solstices were very auspicious times in the ancient world of mythology and magic. In Celtic mythology, the holly tree played an integral part during both occasions. Holly sprigs were often worn in the hair during certain rituals, such as the mistletoe ritual performed by the Druids. The spiny leaves of the holly leaf were thought to help protect against evil spirits and were often brought indoors during the winter months to provide shelter for fairies of the forest.

As a counterpart to the holly tree, the oak tree also stood out in Celtic times. The oak represented wisdom, strength, and nobility. Celts often wore oak leaves as a status symbol. The name ‘druid’ may come from the Celtic word for oak, which is “duir.” This term also means “door,” and many believed they could access other spiritual worlds by opening the oak door.

In Celtic mythology, the "Oak King" and the "Holly King" were twins, always competing against each other and striving for dominance. Oak trees, also sacred to the Celts, are deciduous (i.e., they lose their leaves in fall), while the English hollies are evergreen. 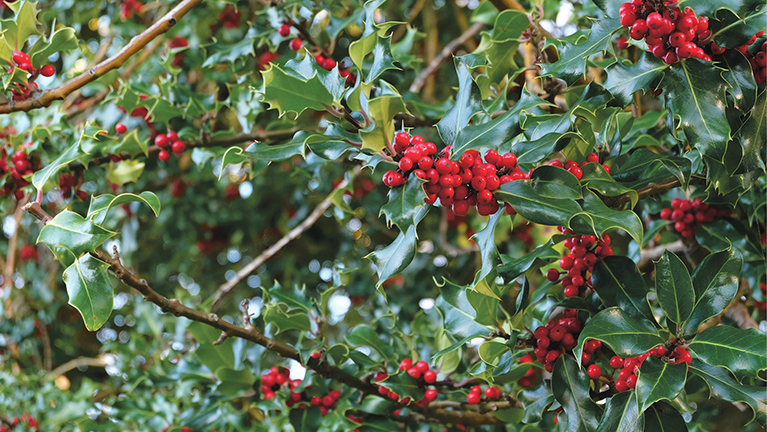 As each winter approached, the Celts were amazed how the hollies stood out in the forests after the oaks dropped their leaves. The Holly King had won out, metaphorically speaking, as his twin brother had shed his clothing of leaves and stood naked in disgrace.

However, as the summer solstice approached, the tide began to turn: the Oak King's flow in supremacy was the Holly King's ebb. The deciduous oak twin took his first steps toward re-establishing his dominance as his leaves began to unfurl in spring as daylight hours got longer with each day.

The Oak King's power-trip reached its apex in midsummer, when he was in full leaf again and throwing shade onto the hollies below. The evergreen twin was hidden by the shade of his brother, lying in wait for a reign that would culminate again at the winter solstice.

Ironically, whenever either king reached the peak of his dominance, he was also doomed to be overthrown.

In our region, oaks and hollies both do extremely well. The slightly acidic and well-drained soils of Delaware provide a perfect home for them. For dryer areas, try a scarlet oak or a pin oak. For wetter areas, use willow oak or white oak.

Hollies are great for foundation plants and provide year-round interest too; try Castle Spire, Oakleaf Holly, or inkberry around your home. Most hollies are dioecious (having male and female parts on separate plants), so make sure you have at least one male holly somewhere nearby.

We landscape lovers and gardeners can mark our seasons too with the solstices, complete with the oaks and hollies the Celts enjoyed. We have passed our longest day for this year and are headed for the winter solstice, but there’s a fine Holly King in our landscapes, just waiting his turn to prevail. Let’s garden together! ▼