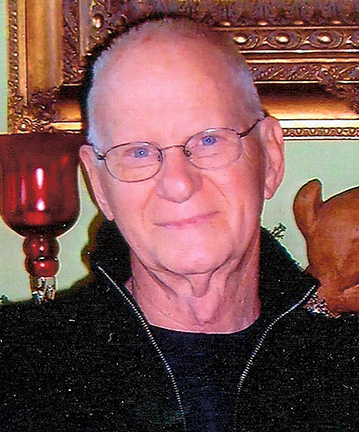 Robert J. Tomlin (Bob) passed away peacefully on February 29, 2021, at the age of 91. He was born in Covington, Kentucky on August 3, 1929, to the late Eugene O. and Thelma M. Tomlin (née Fortner). Bob moved to Rehoboth Beach from Williamsburg, Virginia in 1999 after enjoying five summers with his partner on Poodle Beach. He retired as Director of Purchasing at Southern Illinois University School of Medicine in Springfield, Illinois in 1985. Bob served in the US Army during the Korean Conflict.

In addition to his parents, Bob was preceded in death by his brothers Carl R. Tomlin and William A Tomlin. His beloved life partner of 42 years, Deane R. Doolen, passed away in 2009. Bob first came to Rehoboth in the 1940s and celebrated his memories of visiting Royal Treats for ice cream and going to the gay bar called the Pink Pony that was on the boardwalk.
Bob is survived by his loved ones and caregivers: Ed Lewandowski and Dennis Creedon, Joanne Klosowicz, Elizabeth Geisler and Anna Heinsohn, Omar and Sophia Espinoza, Tammy and Chris Tattersalls, Gail Johnson and Michael Weaver, and Tony and Jennifer Comero; many family members in Covington; and friends and neighbors here in Rehoboth. ▼