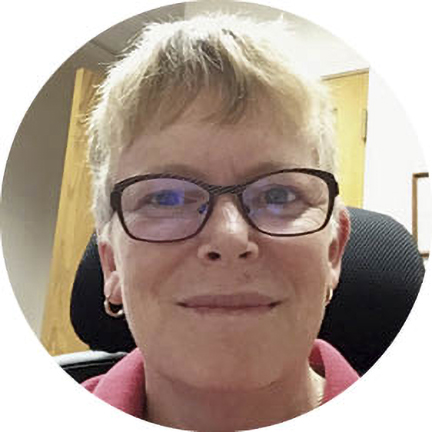 The Way I See It

“Hot Fun in the Summertime.” That’s my go-to song for this time of year. When Sly and the Family Stone had a hit with it, I was a wee child. But I remember it coming through the speakers wherever I was, bathing me in the promise of endless days of summer joy.

We’ve got plenty of it here in Rehoboth. The sand, surf, and boardwalk are at full capacity, and we all have one thing in mind—summer fun. That’s the main focus in this issue. We’ve also got another theme, summer food.

From crabs to boardwalk eats, our writers have been busy. Especially our Dining OUT correspondent Fay Jacobs (who will never pass her Retirement 101 class this summer). She’s taking us on a boardwalk foodie crawl as well as offering her review of Port 251. Other of our columnists offer recipes from delectable Bloody Mary Shrimp to a basic Pico de Gallo. So much food, so little time. And so many choices!

And since it’s hard crab season, a major local delicacy, maybe you’re wondering what the best way is to actually get to those tasty morsels. We have some tips if you’re game.

Did you know that local historian Charles J. Trust referred to the Delmarva Peninsula as the “Bread Basket of the American Revolution?” This area has a long tradition of agriculture that goes back to the Native American Nanticoke and Lenni Lanapi cultures who grew maize, beans, and squash. Don’t get me started on the joys of our local produce…

Farms and waterways crisscross Southern Delaware, connecting us to a set of rich culinary traditions. The original Nanticoke inhabitants baked hearty johnnycakes and hunted wild game. Hungry for a taste of home, German settlers developed scrapple from local ingredients. I know, scrapple is one of those love-it or too-disgusting-for-words foods. Born and raised in Salisbury, I get cravings….

Today’s home cooks and chefs draw from the land and sea to whip up a distinct southern Delaware cuisine. Local author Denise Clemons, who wrote A Culinary History of Southern Delaware, savors a story in every dish in presentations for the Delaware State Archives and the Lewes Historical Society.

"After the broiler [chicken] industry started, broiled chicken with sour-milk biscuits became a favorite,” Clemons writes. “Shrimp steamed over a pan of spiced vinegar and served with tartar sauce was a traditional seafood dish. Cooks prepared cauliflower with a custard sauce and creamed-corn pudding as accompaniments to meat dishes. There was also a fish stew, called Muddle, which included fin and shellfish and was cooked in a Dutch oven. Steamed crabs were cooked at beach picnics. Ham smoked to a rich brown, almost the shade of mahogany, and aged at least a year has been a Delaware specialty.”

Or maybe you need to walk off some of those calories. Poodle Beach or Gordons Pond? We all know and enjoy Poodle Beach. However, there’s a lot of gay history behind it going back nearly a century. If you’re not already familiar with it, it’s a fascinating read. And, find out why Gordons Pond is considered more “laid back.”

You won’t be laid back when you find out who we’re bringing to Sun Festival (formerly Sundance) this year. I’m not going to spoil the surprise here, but we’re delighted and think you will be, too.

Also in this issue, learn where the four candidates for commissioner stand on the issues affecting all of us. Remember how important it is to vote on August 14. Our celebrity spotlight focuses on BeBe Deluxe, performing here next month, who sings her heart out and educates folks about the trans community. There’s so much more in this edition, so read on.

On a personal note, this is my last issue serving as Letters’ editor. Bittersweet for me, but it’s been a pleasure and an honor. See you on the avenue, as they say.

Be well and enjoy!