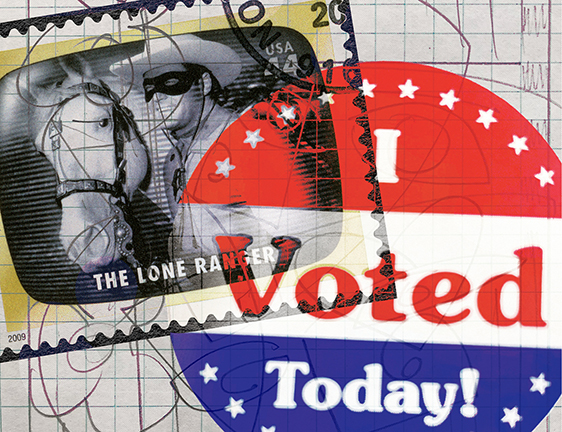 The Eyes Have It (or who was that masked man?)

History will not be kind to the man responsible for making the wearing of a mask in the middle of a pandemic a political statement.

That’s my prophetic, political pronouncement for the day—though, heaven knows, there are a multitude of other possibilities for concluding the opening words of that sentence.

The face mask has become the defining symbol of 2020. A stark reminder of the divisions ripping apart the fabric of our democracy: disregard for truth, racial inequality, political polarization, demonization of science.

“A mask tells us more than a face.” Wrote Oscar Wilde: a man undoubtedly familiar with the frustrations of living a closeted life—and the consequences of not.

In our current state of affairs, not wearing a mask tells us as much about a person as wearing one—and provides a commentary on the screwed-up state of our modern American society.

The president has notoriously refused to wear a mask during the pandemic. His recent comments about looking like the Lone Ranger inspired a storm of tweets and memes, many of which depicted him wearing a mask over his eyes.

“Who was that masked man?”

The Lone Ranger has fallen a bit out of favor for its stereotyping of Native Americans, but that famous line from the series has been on my mind since the early days of pandemic lockdown. Enough so, that I finally turned to Wikipedia for enlightenment.

Turns out, Lone Ranger creators Fran Striker and George W. Trendle envisioned from the very beginning (back in 1933), a character who followed a strict moral code. The code included statements like:

“I believe that to have a friend, a man must be one.”

“That all men are created equal and that everyone has within himself the power to make this a better world.”

“That 'this government, of the people, by the people and for the people' shall live always.”

“That men should live by the rule of what is best for the greatest number.”

“That sooner or later...somewhere...somehow...we must settle with the world and make payment for what we have taken.”

“That all things change but truth, and that truth alone, lives on forever.”

There are others. More than I have space to list, but I was struck by the code’s relevancy to our present world—and by a wishful nostalgia for the better days we think we remember from our childhood, sitting in front of a black and white TV. Or for an earlier generation than mine, the show’s heyday on the radio.

Then I remember. That nostalgia is my perception of the world as a boy—my youthful naiveté about what was happening in the world around me. A world, I can easily see now, I understood not at all.

Hidden behind the mask of those nostalgic memories looms a vast culture of racial injustice; gender inequality; sexual abuse; ignorance of sexual orientation and gender identity; and condemnation of them all—or almost worse, a deep and soul crushing silence—from spiritual leaders and communities.

I know beyond doubt, great progress has been made in the fight for equality for all of us. We’ve seen it. Lived it. Believed it.

But truth still hides from us, even now, behind masks of our own invention. We congratulate ourselves on our success, even as it crumbles away behind us.

The building racism and intolerance and sheer ugliness and vitriol streaming into our socially connected consciousness in recent years has been painful and deeply destructive.

Our hope has to be—has to be—that the evil we see clearly is better than one hidden behind a mask of deception.

We can’t change what we can’t see.

Or see what we hide from ourselves.

Part of the success of the Black Lives Matter protest movement has been a profound white awakening to the true depth of systemic racism built into our culture. It’s not their fight. It’s our fight.

Because it’s the right thing to do.

The goal of CAMP Rehoboth, from its beginning 30 years ago, was to create a strong community for all. Not a LGBTQ community; not a straight community. A human community.

“Yes,” we replied. “But families come in all shapes and sizes.” And colors, and genders, and sexual orientations, and gender identities.

Because it’s the right thing to do.

The Lone Ranger’s code needs an upgrade to bring it more in line with the gender conscious verbiage of the twenty-first century, but at its core is a commitment to truth and justice, to equality and fairmindedness.

In an age when truth is dismissed as fake, lies tweeted as truth, and Americans pitted against each other in a daily battle for cable ratings, we need to rediscover our moral balance. Our center. Our vision.

The mask we wear to protect ourselves and each other from COVID-19 covers our mouth and our nose—at least it’s supposed to cover mouth and nose, some folks seem to find that difficult—but our eyes are clear.

We have not lost our ability to see. We may have lost the vision of who we are as a nation.

This year is an election year like no other. With the pandemic raging around us, we will select leaders to guide us through our time of economic recovery—our time of physical and spiritual healing.

From local and state governments, right on up through the highest office in the land, electing leaders we trust to make thoughtful, reasoned, decisions based on facts and grounded in truth is crucial to our recovery.

We need leaders with vision. Not to pick up where we left off before the pandemic, but to inspire us to create a better nation—the kind of nation that deep inside we believe we are capable of being.

The kind of nation we were meant to be.

“We the people of the United States…” vote for equality. Vote for an end to racism, and sexism, and homophobia. Vote for democracy. Vote for the worker whose job has been lost to artificial intelligence and the global economy. Vote for single parents. Vote for families. Vote for students. Vote for senior citizens. Vote for kindness and compassion.

Vote for truth, justice, and the American way.

Oh wait. That was Superman, not the Lone Ranger.

Who was that masked man?