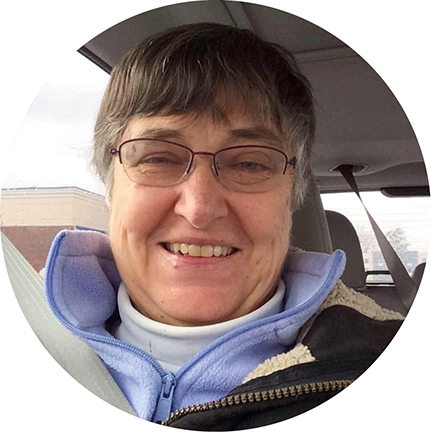 She graduated from Speedway High School where she was proud to be a student athlete representing the Sparkplugs. She earned an academic scholarship to Purdue University, majoring in psychology and sociology.

Immediately after graduating Purdue with a B.A., Sharon enlisted for military service in the US Marine Corps, attending Officer Candidate School at Quantico, VA. She served as Executive Officer, Woman Marine Company, San Diego, California, and Assistant Base Adjutant, Camp Smedley Butler, Okinawa. First Lieutenant Harris was released from active duty May 15, 1970 at Camp LeJeune, North Carolina. She earned a National Defense Medal for service during the Vietnam Conflict. Sharon often said that her training as a Marine taught her how to develop and execute strategic and tactical plans. That experience guided the rest of her life.

Sharon moved to Maryland and was a social worker with the Anne Arundel County Department of Social Services and then with the Veterans Administration as a psychiatric social worker. She attended the University of Baltimore School of Law, earning a Juris Doctor degree in 1973 and was admitted to the Maryland Bar.

Sharon worked as a career federal service employee for the US Health Care Financing Administration, (now Centers for Medicare and Medicaid Services) from 1973-1997. Among the activities she managed were the development of Medicare regulations, the survey and certification of participating health care facilities, the oversight of fraud, abuse, and waste, and the contracting and procurement of claims processing and other goods and services.

After retirement, in 2000, Sharon and partner Marie Mayor moved to Milton, Delaware and purchased a lavender farm on Cool Spring Road. Sharon developed and executed the business model for Lavender Fields at Warrington Manor. The farm grew from a one-room store in the farmhouse to a stand-alone cottage store where they became purveyors of all things lavender. In 2015, the farm purchased the Soap Fairy, a Delaware based soapmaking business with sales throughout the United States.

Sharon enjoyed all sports, especially the Baltimore Ravens, and women’s college basketball. Using the sports vernacular, she felt her life had “extra innings” because she survived many years of different types of cancer diagnoses. She was also over the years a member of the Maryland Historical Society, the Daughters of the American Revolution, and the Milton (Delaware) Historical Society.

Sharon is survived by her wife, Marie Mayor, and her many friends and employees at the Lavender Farm. Her family includes her stepson Lawrence Tarbell III (Valerie Gorlin), of Catonsville, Maryland, and step-daughter Christina Tarbell (Désiré Hounguès) of Savannah Georgia. She is also survived by her step-grandson Lucas Gorlin-Tarbell who brought so much joy to her life, including many research outings together to assess automobile design and safety features, the quality of high-tech devices, and the quality of southern Delaware resort hotel accommodations for persons with disabilities. Survivors include also her siblings:  sisters Carolyn Terry (Don), Arleen Swinford, and Kathy Perry (Mike), all of Indiana; and a brother, Jerry Harris (Allison) of Quincy, Illinois. She was predeceased by her parents, Harlow Harris Sr. and Byrnece (Hankins) Harris, and her brother Harlow Harris Jr. (Rita).

In lieu of flowers, the family asks that donations be made to the Milton Historical Society, 210 Union Street, Milton, Delaware 19968.