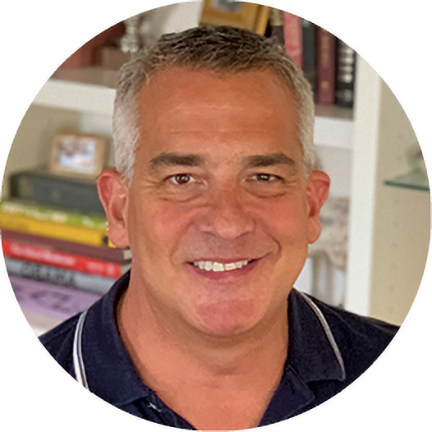 Voting Is Both Intentional and an Act of Inclusion

As many of you know, August 8 is the date for this year’s Rehoboth Beach election for Mayor and city commissioners. In fact, you can read statements from those running in this issue of Letters. It is easy to have a jaded attitude or a feeling of exasperation about whether voting even matters anymore given the state of politics in our nation today.

Just like the theme of my column, voting is not only an intentional act but is also a way we can ensure that those who are elected represent the diversity of the community and make inclusion a priority when making decisions. Sarah McBride, a candidate running to be Delaware's next Senator from the First State Senate District, is a perfect example.

Being transgender, Sarah has spent her life fighting for equality and creating a level playing field for everyone. If elected she will become a powerful voice for those who are too often marginalized across the state of Delaware. Sarah’s lived experience gives her a unique perspective when shaping legislation so that laws provide fair and equitable treatment for all, including LGBTQ people.

This is not to say that a candidate must be LGBTQ, a woman, or a person of color in order for laws to protect all citizens equally. President Obama’s ability to make historic strides to expand opportunities and advance equality and justice for all Americans, including those who are LGBTQ Americans was due in part to the guidance provided by Brian Bond, who was the first White House LGBT liaison during the Obama administration, and Gautam Raghavan, who succeeded him.

Which is why it is incumbent on us as constituents to educate current legislators and those campaigning for office on the issues that impact our lives. For me personally, I want to know what the Rehoboth mayoral and commissioner candidates think can be done to help LGBTQ-owned businesses survive in a COVID-19 world. Whether your concerns are focused on funding for schools or access to healthcare for transgender people, sharing your point of view with those seeking your vote on both sides of the aisle matters.

In fact, there is speculation that increased visibility of LGBTQ people may have played a role in Chief Justice John Roberts choosing to side with the majority on the recent Supreme Court ruling that Title VII of the Civil Rights Act of 1964 protects LGBTQ Americans from workplace discrimination. Robert C. Bordone, Senior Fellow at Harvard Law School, wrote that just five years ago—in the landmark Obergefell case—Roberts opposed the Supreme Court’s ruling that marriage equality was a constitutionally-protected right for LGBTQ Americans.

In his dissent, Roberts said, “Five lawyers have closed the debate and enacted their own vision of marriage as a matter of constitutional law. Stealing this issue from the people will for many cast a cloud over same-sex marriage, making a dramatic social change that much more difficult to accept.” His prediction has not come to fruition, with support among Americans for same-sex marriage rising from 60 percent in 2015 to 67 percent in June 2020.

Bordone wonders if, “Maybe, in the five years since Obergefell, as the open presence of LGBTQ persons has grown enormously—in media, politics, business, sports, journalism, and in our families—maybe Roberts has softened just a bit, to see us less as a category or class or rubric of legal analysis and more as an individual like him, with fears, hopes, needs, aspirations, and yes, expectations of equal dignity and respect under the law.”

I believe that Bordone has a point. Earlier in my career, I was Project Director of National Coming Out Day which is an annual event every October 11 where LGBTQ people are encouraged to come out in an effort to dispel negative stereotypes. Founders Rob Eichberg and Jean O’Leary believed that “homophobia thrives in an atmosphere of silence and ignorance, and that once people know that they have loved ones who are lesbian or gay, they are far less likely to maintain homophobic or oppressive views.”

More importantly, make sure you actually vote because, as we have seen in recent years, elections can be decided by just a single vote. In 2017 the Virginia House of Delegates race between incumbent Republican David Yancey and Democratic challenger Shelly Simmonds was a dead heat. After much debate in the courts, the winner was chosen by placing each name in a sealed film canister and one being drawn randomly out of a bowl. In July 2018, the Democratic primary for Baltimore County executive was decided by just 17 votes.

So come election day, remember that each person’s vote makes our democracy more representative of the will of its citizens.