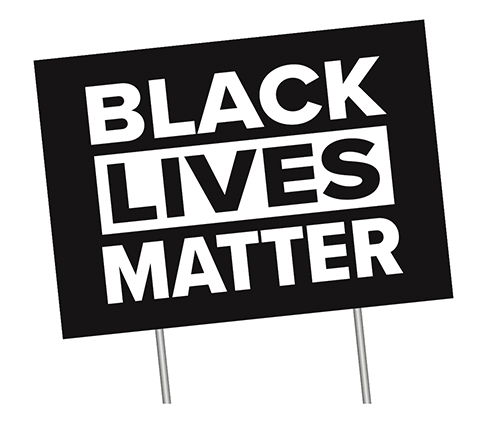 It started with a simple question: Would anyone in the village like a Black Lives Matter sign for their front yard?

The post to our village’s Facebook page was made by a young woman—one half of a lesbian couple who recently had a baby. She and her partner were two of the first people to welcome us here when we moved in, bringing us homemade chocolate chip cookies on a plate one of them, a potter, had made herself. They have a plot next to ours in the community garden.

Several people said yes, we would be happy to put signs in our yards. I’d been a little depressed about the state of the world, and it cheered me to see people responding positively. Not for the first time, I was proud of our little community for coming together and supporting a progressive cause.

Then the first negative comment arrived. “How about getting signs that say ALL Lives Matter?” a woman asked. This was followed quickly by others. All of them came from older people who mostly no longer live in the village but are members of the page due to having lived here or having family here. And the content soon shifted away from the actual issue to a general theme of “Things were so much better in the old days when we all got along and nobody cared what color anybody was.”

Not surprisingly, all of these comments came from white people. I waited, hoping a Black person would comment. Finally, one did. “I grew up there too,” he said. “Things weren’t as great as you remember. Not for Black people, anyway.”

Not one of the original commenters responded to him or acknowledged him. Instead, they continued to talk about how wonderful the town had been, and how it had only changed when, as one man said, “those kale-eating liberals from out of state started buying up all the houses.”

As one of those kale-eating, out-of-state liberals, I have news: The good old days were never all that good. And if you thought they were, they were probably only good for you because you were oblivious to what anybody who wasn’t exactly like you was going through.

I grew up in a small town very much like the one I live in now. Most families had been there for generations. Everybody knew one another, and thanks to limited options for marriage partners, most of them were related in one way or another. And they were all white.

One of the families on my school bus route had a black dog whose name was an infamous racial slur. It was painted on his doghouse, which faced the street, and every day when the bus stopped kids would shout the dog’s name out the windows. The dog would wag his tail and bark, oblivious to the origins of his name.

I suspect a lot of the kids calling to him were oblivious too. But then a Black family moved into town, and their little girl started riding the bus with us. More important, she became friends with some of us. Suddenly, some of the kids who had previously enjoyed calling out the dog’s name didn’t do it anymore.

Then I imagine another little girl riding a bus past our house and seeing a Black Lives Matter sign in the yard. Then seeing them in three or four of the other houses here on the main street that now have them. I imagine her seeing evidence that people who are not like her see her, acknowledge her, and support her.

Twenty-five years ago, when I lived in a Boston neighborhood, some boys on our street stole the rainbow flag hanging on our porch and destroyed it. When I mentioned this to a neighbor, she immediately bought a flag of her own. So did several other neighbors. Within a few days, half a dozen houses on the street had rainbow flags fluttering from their porches.

I remember how good it felt to walk down the street to my house, knowing that my neighbors were on my side, even though they weren’t like me. And that’s why my yard now has a Black Lives Matter sign in it. Because the days should be good for all of us.