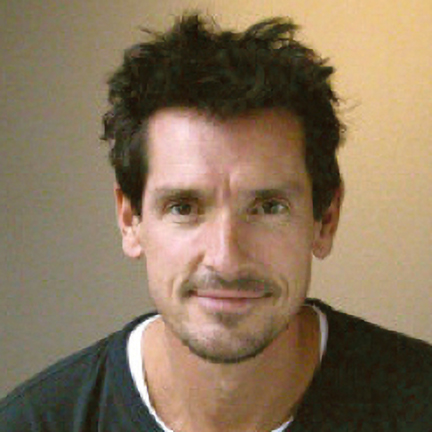 When it comes to musical theatre, there are two kinds of people in the world. One kind features people who have seen the musical Hamilton; the other is made up of those who wish they had.

Now, Hamilton wannabes can stop waiting for their chance. And veterans can revel in it again. On July 3, Disney+ began streaming a filmed recording of the Broadway musical, taped over a period of three days in 2016 in front of live theater-going audiences.

The story of Alexander Hamilton in 1776 New York is noted by the New York Times as “a brilliant feat of historical imagination,” and “a swirl of ideas, debates, dreams and assumptions.” It calls the filmed version “vital and more challenging than ever.”

And there is one person in Rehoboth who knows perhaps more than anybody else that these statements are true.

He is Chris Rouchard, a film producer on the team producing the Hamilton film, a job he describes as “spectacular.” In a fun interview, Chris notes a New York Times article recounting the story of a production executive taking a hard drive with a copy of the film from Manhattan to London to pass it on to Lin-Manuel Miranda, creator of Hamilton, for his approval. “THAT WAS ME!!!” Chris says. Clearly a man who loves his job.

So how does a working Broadway-to-film producer come to live in Rehoboth? He explains that New York is a tough place, and many years ago he would often come down to Rehoboth to decompress. One day, he noticed a nice Cape Cod for sale in town, and that’s all she wrote. He snapped it up and has been a downtown presence ever since, dividing his time between his workplace in New York and his home in Rehoboth.

Chris is one of many who credit Murray Archibald and the late Steve Elkins of CAMP Rehoboth for helping to create a Rehoboth we have all come to love. He has been a member of CAMP Rehoboth since he came here, and supports the organization that he says brings “positivity to the community.” He says he intends to “grow old in Rehoboth!”

So how did Chris prepare for the enormous task of bringing this great show to a huge cable audience? Bringing Shrek the Musical and Rent from stage to film prepared him for the rigors of producing a live version of arguably the finest musical to hit Broadway this century. Plus, he says, “Hamilton was a combination of the best in the business doing what they do best.”

Among his many tasks were preparing the full production and post-production budgets and schedules, and hiring all production crew and the post-production team. Chris also oversaw the creative breakdown of the script with Director Thomas Kail and Director of Photography Declan Quinn to determine camera placements and shot breakdowns for the live performances with audience, and specialty coverage for some of the songs without an audience.

As if that wasn’t enough, he also supervised all aspects of the physical production at the Richard Rodgers Theater (where Hamilton was filmed), all post-production through to delivery to Disney, and all financial aspects of the production. And perhaps his most important part of this 24/7 “live it, breath it, sleep with it” type of job was to “keep everyone happy and on track along the way!”

So, what’s next for this Rehoboth movie mogul? For one thing, he hopes that this version of Hamilton actually makes it to the movie theaters. That was the original plan, but with the coronavirus changing how we’re going about our business, the producers decided to move up the production and show it on the small screen (in this viral nightmare, that’s one thing that’s lucky for us!). After Hamilton, Chris hopes to adapt more Broadway shows to the screen, parlaying his success with Hamilton, Shrek, and Rent to advance one more way to view the magic of Broadway.

So, you can travel to 1770s New York by taking in Hamilton on your TV or iPad. Pocket your gazillion dollars saved on Broadway tickets and watch it early and often. It’s a rare chance to see a revolution in theatrical storytelling as well as the Revolution that brought us America.

See Hamilton on Disney+, streaming indefinitely, A subscription to Disney+ is required.