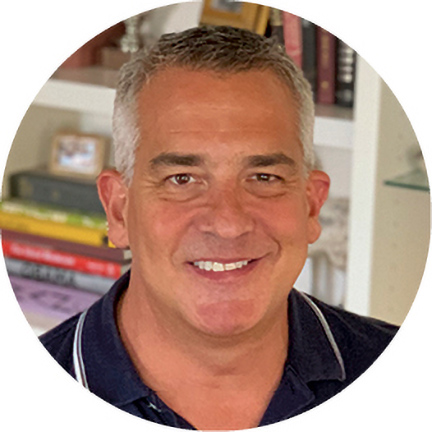 To say that these are extraordinary times is the understatement of the decade. Just when you think things cannot get worse, well...you can fill in the blank here. Never in my lifetime will the results of an election have greater impact on the future. Who we choose to hold elected office at the Federal, state, and local levels will be responsible for making life-altering decisions about everything that matters to me and many others: life, liberty, and the pursuit of happiness.

But in these extraordinary times it is important for each of us to take an intentional look at what’s really at stake. From where I sit as a gay man whose career is focused on diversity, equity, and inclusion, my list of concerns gets longer by the hour: LGBTQ rights, racial justice, gender equity, healthcare access, housing security, due process, economic stability, and government accountability, to name a few.

When asked about writing a column for CAMP Rehoboth, I wanted to make sure it did not replicate the great content from existing contributors. While those who know me would be the first to say I am not shy about sharing my opinions, this was different. As someone whose professional career has been focused on creating more diverse, inclusive, and equitable workplaces, I saw this as an opportunity to share with others the simple steps every person can take to be part of the solution. That’s why I named the column Intentionally Inclusive.

Making change a reality is an intentional act which includes setting goals, measuring progress, and creating accountability for reaching them. When left to chance, the outcome is what you see today with companies failing to deliver on their commitment and employees as well as customers no longer remaining loyal. Some might say the 2016 election is a perfect example of this.

Did you know that only 138 million Americans voted in the 2016 presidential election, which was only 58.1 percent of the voting-eligible population? Surprisingly, this percentage was not higher than the 2008 (61.6 percent) or 2012 (58.6 percent) election turnout. So, who were these people?

Those who did not vote were more likely to be younger, less educated, less affluent, and nonwhite compared with voters. And nonvoters were much more likely to be Democrats. Given all of the polling and millions of dollars spent on the Clinton campaign, how was it possible that this was not known in advance so that resources could be focused on reaching these Americans?

Perhaps more surprising was exit polls showed that while 78 percent of LGBTQ voters overwhelming voted for Hillary Clinton, 14 percent supported the Trump-Pence administration. These voters were black, Latino, and white, ranged in age from just 19 to nearly 39, and were from the Midwest, California, Mississippi, New Jersey, and Florida. Lastly, they all thought Donald Trump was the right candidate for president of the United States.

NBC News reported that “when asked why they voted for Trump and what they hoped his incoming administration would do to benefit the LGBTQ community, many of these voters echoed each other in their hopes for the future. Most also emphasized that they were less concerned with the LGBTQ-related aspects of the Trump platform than they were with general issues like national security, economy, and the right to bear arms.”

At the end of the day, most analysts agreed that the Clinton campaign failed to win key states that Obama did in 2008, like Wisconsin, Michigan, Pennsylvania, and Florida. As I said earlier, reaching the finish line takes a carefully planned and prepared approach. That’s why the overwhelming number of Olympic gold medal winners followed an intentional training and dietary regime to maximize success.

The reason I rehash this nightmare scenario is to serve as a painful reminder that there is time to prevent history from repeating itself. Instead of placing blame, let’s focus on what deliberate steps each of us can take to make sure the candidate that will represent the interests of LGBTQ people prevails.

To help energize you, let’s start by understanding the definition of Intentional: Living with intention means you consciously choose to create the life you want, rather than having life, or other people, dictate your feelings and actions.

Next, commit to playing an active role by voting early, volunteering for a candidate or political party to help get out the vote, and making calls to educate others how LGBTQ-supportive candidates will fight for equal rights for all Americans including the LGBTQ community.

As we edge near election day, an ancient quote from the Jewish elder Hillel continues to ring in my ear. “If I am not for myself, who is for me? When I am for myself, what am I? If not now, when?” Many scholars over the centuries have come to a range of conclusions as to what Hillel meant. Regardless of the actual meaning, this saying speaks about the very core of what I believe, “if not now, when?” and I hope you will join me.