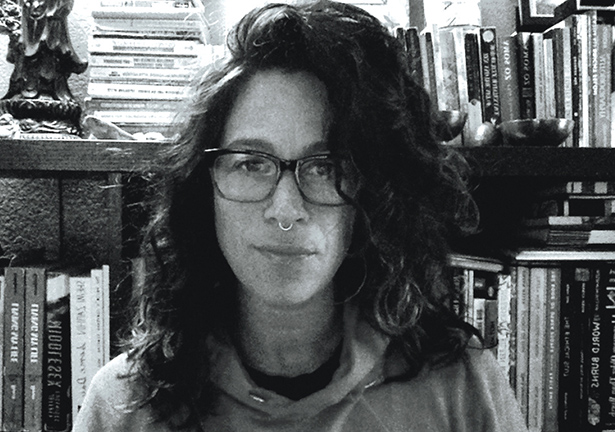 Raki is a young, queer, Jewish fiction and poetry writer. She is the author of The Things You Left (Unsolicited Press, 2020), The Memory House (The Muriel Press, 2019) -- a 2020 Minnesota Book Award finalist -- and The Other Body (Dancing Girl Press, 2017). Her work has appeared in numerous publications and has been nominated for several other awards, including the Pushcart Prize for fiction. She is a fiction editor at Maydaymagazine and lives in Minneapolis. Raki is offering a virtual zoom on October 22nd (click here for more info) to our LGBTQ+ youth on writing and sharing stories with a focus on normalizing our queer identities in the modern world: "Normalizing Your Queer Identity through Poetry." - Barbara Antlitz

Take a deep breath I mean it.

Do it now and do it again now.

neither will they them anyone.

the world taking itself back.

The beauty of horror.

The world will take itself back.

The world takes itself back even though

we make the biggest messes.

Barbara Antlitz, CAMP Rehoboth Youth Coordinator, works with Genders & Sexualities Alliances (GSA) in middle and high schools in Kent and Sussex Countries, and with other groups supporting LGBTQ + youth. Barbara can be reached by email at bantlitz@camprehoboth.com