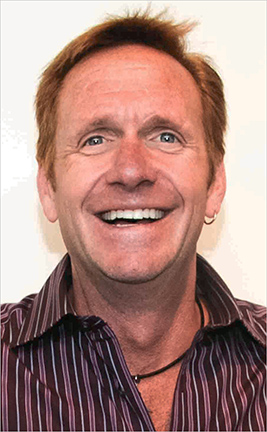 As an English teacher and Assistant Principal in Delaware, Scott was twice the recipient of the Delaware Teacher of the Year Award during his tenure with Selbyville Middle and Sussex Technical High schools. He was also largely responsible for earning National Blue Ribbon honors at Long Neck Elementary.

He touched the lives of so many students in a positive way, as both a teacher and an administrator. Any place Scott would go, you would hear a former student calling “Mr. Steedman!” from the distance, anxious to greet him again. Scott loved to travel, write poetry, ballroom dance, go boating, grow his own herbs, and eat hot, spicy foods!

Scott was born June 24, 1961 in Washington, DC. He graduated with honors in 1979 from Our Lady of Good Counsel High School in Olney, Maryland. Scott received his BA degree in English/Education from Salisbury University in 1983, and his MS in Human Resources from Wilmington College in 1992, both with high honors.

Scott is survived by, to use his words, “the love of my life,” Robert Crocetti; his mother, Faye Steedman; his Aunt Barbara, Lisa Hunt, Linda Bova, Sharon Bruner, Mary Cambell, Duane Haneckow, Marc-Anthony Worosilo, Tom Negran, and many other close friends.

Scott lived in Rehoboth Beach his entire adult life. An athlete who loved to swim and run, he competed in marathons like they were a walk in the park, always finishing in record time. He also worked as a lifeguard summers during his teaching career. Scott knew the meaning of charity. He freely gave his time, money, possessions, and wisdom to students, family members, friends, and those less fortunate then himself in Rehoboth Beach and surrounding communities. He was among the founding donors of the CAMP Rehoboth Community Center.

Because of COVID-19 restrictions and multiple limitations, Scott’s family has opted not to schedule a memorial at this time but plans to hold one in the near future.