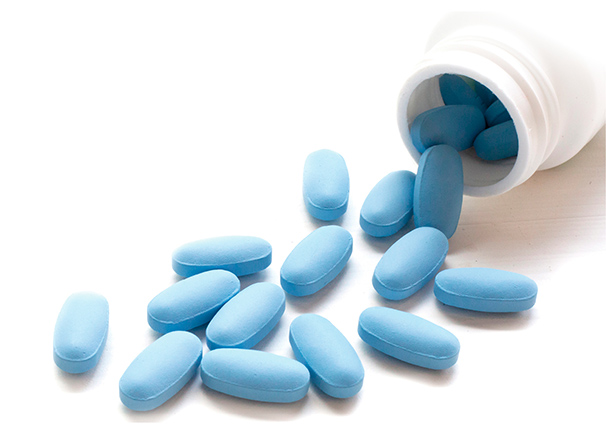 Trying to Get PrEP in RB

Stanton Weiner’s decision to go on PrEP (Pre-exposure prophylaxis for HIV infection) goes back to an emergency room in 1989. A medical professional, he was working in a level one trauma center, sewing up an HIV patient with a particularly bloody cut,when he accidentally stuck the suture needle into his hand, potentially exposing himself to HIV. Back then, many of the drugs and treatments taken for granted today were not available. Stanton says, “It was a scary time. I basically had to change my life for six months until I tested negative.”

Stanton, who has been coming to Rehoboth Beach since 1997, came to live here full-time in the last year. He tells that years after his first ER incident, in 2014, another accidental needle stick happened during a spinal procedure. This time the patient was not HIV positive, but the incident jarred his memory of what happened years before and prompted him to seek out PrEP.

PrEP is a medication taken daily to prevent HIV. While Stanton was concerned about occupational exposure to HIV, PrEP is also effective in preventing HIV from sex or injection drug use. Studies have shown that PrEP, when taken daily, reduces the risk of getting HIV from sex by about 99 percent.

However, getting PrEP here in Sussex County is not always easy, and not all medical providers are knowledgeable about the medication. Stanton recalls that while he was a patient, a local doctor he was seeing saw on his medical chart that he was taking Truvada (a PrEP medication). Stanton says, “The specialist said to me ‘how long have you been HIV positive?’ He assumed taking PrEP meant I was HIV positive.”

So Stanton, like many folks who have relocated to the beach, has not yet made the switch to a local primary care provider. He says, ”I do not have a primary care doc in Rehoboth, and it’s very hard to find one here. None of them will prescribe PrEP. I called 15 medical practices and none of them currently prescribe PrEP.”

Such training would have an impact not just on PrEP but also on a wide variety of LGBTQ health issues. Stanton points out that this would benefit the entire LGBTQ community, but particularly the local transgender community.

For now, however, Stanton is focused on navigating our local healthcare system for himself. The day we spoke, he had just returned from a trip to Georgetown for lab work. Nevertheless, he will continue to work on expanding access to PrEP in our area: “I am too young to remember the worst of the AIDS epidemic and I’m too old not to know people who have had that experience. I just think to myself—here is this tool to prevent HIV that is available to a whole generation. We should take advantage of it.”