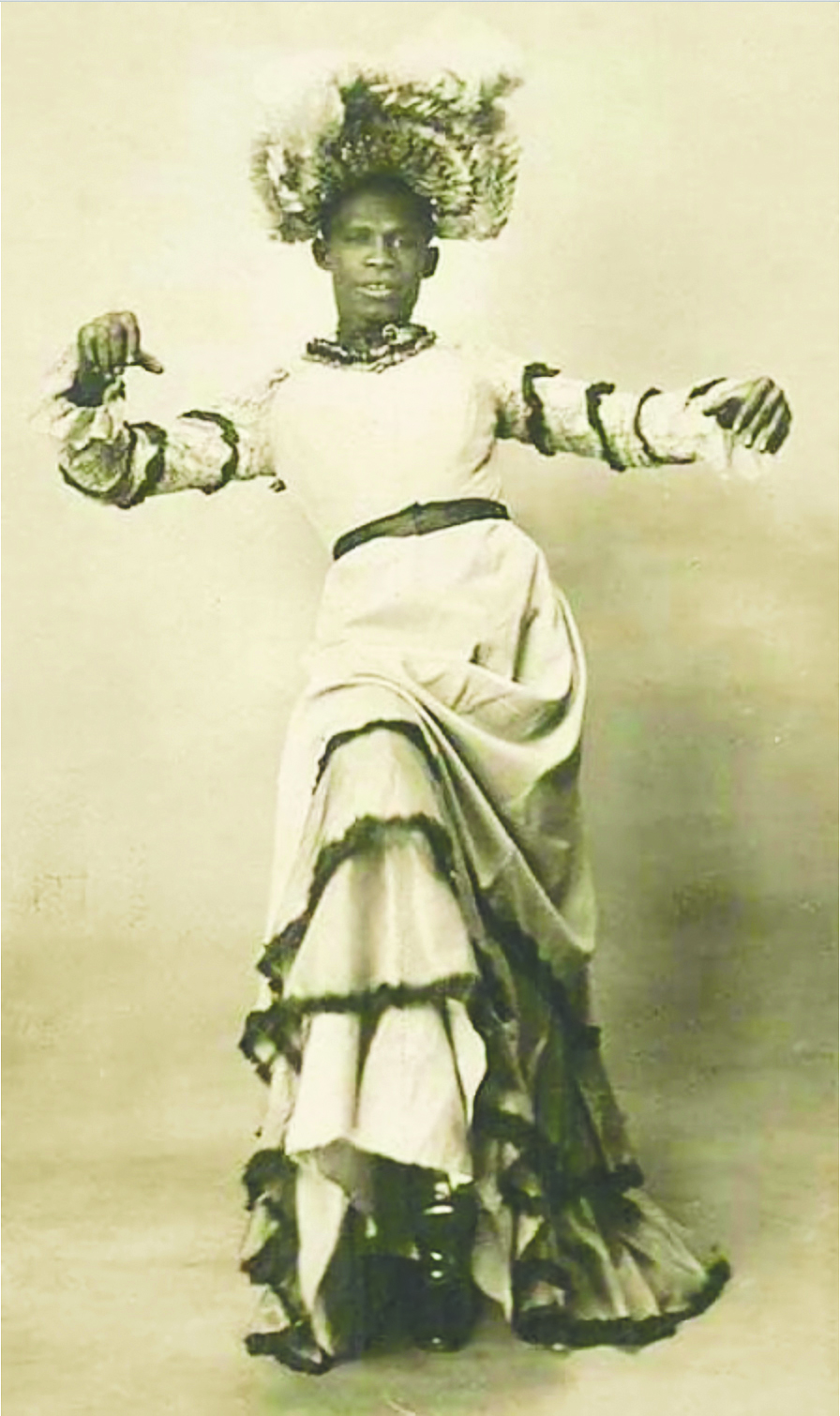 Halloween. A holiday for dressing up, masquerading, throwing on the hats, feathers, and beads.

Traditionally, all that holiday costuming and masquerading is meant to hide who we are, add mystery to our identities. But for many in our LGBTQ+ community, the suits, feathers, and beads are not costumes to hide behind, but elements which serve to reveal who we really are: clothes and how we inhabit them as an expression of truth.

For many, such is the truth of Drag. From the legendary Harlem Drag Balls of the 1920s and 30s to the drag ball competitions of the 1970s and 80s immortalized in the documentary film Paris Is Burning, and through the current television programs Pose and Ru Paul’s Drag Race, dressing up, posing, and vogueing are not just for holiday hijinks but are a personal expression, a way of life, a truth.

As you can see by the previous paragraph, drag as a way of life interfaces with cultural and social justice issues historically experienced by the African-American and Latinx communities. This is not to say that there weren’t white folks historically engaged in drag life; certainly there were, and of course there still are.

But would it surprise you to know that the history of American Drag and the innovation of drag balls began with an African-American ex-slave in the years after the Civil War?

His name was William Dorsey Swann. He was born into slavery on a Maryland plantation (there is debate whether he was born in 1858 or 1860, slave records sometimes being iffy on details). He was eventually freed by the Union army after the Emancipation Proclamation of 1863.

For Swann, freedom now meant not only freedom from indentured servitude but freedom to live as he chose. (A note on the “he” pronoun: I’m following the practice of the time. In the nineteenth century—and up until our own time—the “they/them” usage was not part of the common lexicon. Moreover, according to what little text from the time regarding Swann is available, evidence suggests that he used the “he” pronoun in reference to himself.)

After leaving Maryland for Washington, DC, Swann sought out other previously enslaved men who shared his desire to dress and socialize as a woman. He thus organized what are credited by historians as America’s first drag balls. From around 1880 and into the 1890s, Swann organized fashionable drag balls in various venues in the nation’s capital. Because of the threat of raids and arrest, the balls were held in secret, the guest list carefully curated, and the invitations delivered clandestinely. Despite Swann’s careful planning, raids did occur. The first arrests for the crime of “female impersonation” took place in April 1888.

Despite the danger and his own recurring arrests, Swann was not deterred from organizing additional drag balls. His perseverance was not just because of a taste for partying; Swann regarded the drag balls as an expression of freedom. According to historian Channing Joseph, Swann was the first in the United States to lead a gay rights resistance group.

It is also believed that he may have been the first to use the term drag, and it is certain, through documented evidence, such as arrest records and trial testimony, that Swann was the first to self-identify as the “Queen of Drag.” There is also anecdotal evidence that Swann confronted the police during at least one raid in an attempt to protect the other drag ball attendees as they fled to avoid arrest.

In 1896, Swann was arrested and convicted on the false charge of running a brothel. He served 10 months in prison on the trumped-up charge. At his sentencing, he requested that President Grover Cleveland grant him a pardon, which would expunge his arrest, cancel his prison sentence, and restore his honorable name. Though the pardon was not granted, Swann’s application and argument for pardon—based on the First Amendment Right to Assemble—is considered the first legal and political pursuit of LGBTQ+ rights in America.

By the way, it is not certain that the photo accompanying this article is William Dorsey Swann; it may be a late nineteenth/early twentieth century cross-dressing actor impersonating him. The debate is not settled among historians.

But whether the photo is Swann or not, this Halloween, when we put on the finery, when we fluff our feathers, swing our beads, strut our stuff in our suits and extravagant ties, let’s all tip our hats and tiaras to William Dorsey Swann, an ex-slave who really knew how to sashay, and who insisted on the freedom to do so. ▼