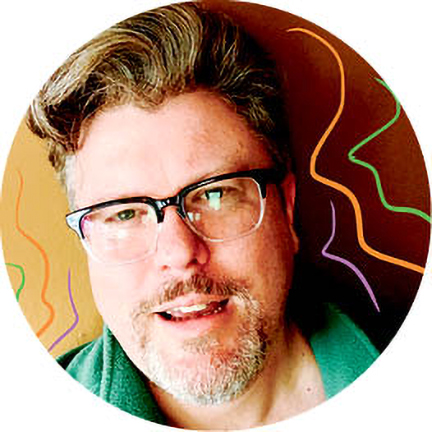 Weeks later, many in my liberal bubble are still reeling over Glenn Youngkin’s victory in Virginia’s recent gubernatorial race. While Youngkin the candidate seemed to keep a healthy distance between himself and the man who is still ostensibly leading the Republican party (former President Donald Trump), there was much about the race that carried unmistakable touches of Trumpism. Mostly, I’m talking about an obsession with Critical Race Theory.

First, I feel the need to point out that Critical Race Theory is in fact a legal theory. It is only taught in law schools, and no kindergartener has ever been exposed to CRT in a public-school classroom. And, after getting that off my chest, I realize it doesn’t really matter. Despite the origins of Critical Race Theory (a quick shout out to Dr. Kimberlé Crenshaw, who also coined “intersectionality”), its use in popular discourse has come to mean any mention of race, no matter how benign, that might cause a white student to question the honor and character of any white person, past or present.

If we teach students, for example, that for much of our history, white people enslaved black people (who, stripped of all dignity and citizenship, were assaulted, raped, separated from their families, and killed—all without consequence), this is called Critical Race Theory—a convenient turn of phrase, because of course, these are historical facts. Most people outside of academia who hear the word “theory” think it means that a thing may or may not be true, that it’s something like an opinion. Using “Critical Race Theory” as a catch-all for anything about race learned in a classroom that might make a white student uncomfortable makes it easier to fight.

By now, many of you who are reading this have seen the videos from school board meetings across Virginia, featuring parents with quavering voices whose children are wondering if they are “evil” because they are white. Setting aside my skepticism that these conversations ever happened, it seems to me that the obvious answer to this question is, “No, honey. You’re not evil. But white people in America have sometimes done awful things, so it’s important that we learn about them so we can be better.” Granted, I’m not a parent, but that seems a lot easier than where babies come from or even whether Santa is real.

But to many of our fellow citizens, the obvious answer was to shield little Connor and Madeline from anything resembling these uncomfortable truths until they’re old enough to handle them—which, so long as they’re shielded from their distress, will probably be never.

For the past 20 years, I’ve made my living teaching adults how to foster diversity in their workplaces, and how to create inclusive cultures where all people—regardless of race, gender, sexuality, religion, ability, or culture—can thrive and succeed. And I fear that my industry, now usually referred to as DEI (Diversity, Equity, and Inclusion) will be the next target of a right-wing campaign of fear and loathing.

The signs are there: recently, an op-ed was printed in the Wall Street Journal called, “How ‘Diversity’ Turned Tyrannical.” In it, physicist Lawrence Krauss describes the ways that a focus on diversity and inclusion practitioners like me are destroying both science and meritocracy by asking applicants for faculty positions at universities to describe how they plan to make their classrooms inclusive if they’re hired. Krauss likens such a question to Nazism and bemoans the fact that a bad answer to this question is often a dealbreaker for employment. I guess brilliant scientists whose classrooms only serve straight, white, male students with no thought to anyone else are…bad, somehow?

Anecdotally, I’m also noticing even more uncertainty among my potential clients about the value of the work I do, along with repeated requests to not make anyone uncomfortable. Unfortunately, everyone who works in corporate America who isn’t straight, white, male, cisgender, able-bodied, and Christian is already uncomfortable—and those who tick most or all those boxes are going to have to step outside of their comfort zone eventually if we’re ever going to advance our workplaces, communities, and society toward any kind of progress.

So, I’m getting ready for a storm—but instead of rain and wind, I’m preparing for torrents of ugly and hurricane levels of ignorant. I plan to center the stories of people of color, women, LGBTQ people, and people with disabilities, and why they deserve to live lives as comfortable as anyone else’s. And I intend to remember that comfort is not the goal—justice is. ▼