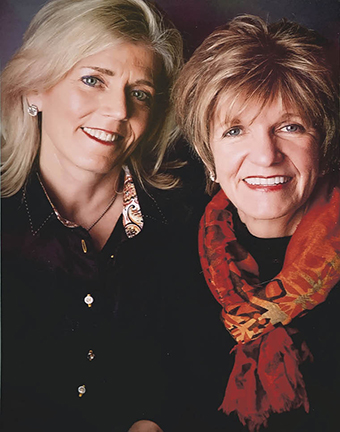 In June 2018, I began writing my family history. The true story was filled with tales of circus performers, multiple deaths in a backyard, schizophrenia, alcoholism, drug abuse, out of wedlock pregnancy, physical abuse, a plane crash, wife swapping, and homosexuality. I pitched what I thought was a colorful and compelling story to a panel at a writers’ conference and to a New York Times best-selling author.

At the end of my presentations, both audiences told me, “No, you need to tell your story.” They believed that the story of my own life was what the world needed to hear. Though it had been easy writing about my family’s—other people’s—secrets, telling my own was far more difficult. I realized what I needed to do was to use my truth to help those who were hiding theirs.

I knew I was gay at the age of eight. Hearing my mother’s definition of “queer” described me perfectly but her disapproval meant I would hide my truth for years and immediately leave my small town in Pennsylvania for city life in Washington, DC, after college.

My mother, burdened by her own tragic secrets and a possible lesbian encounter of her own, could not support me telling my truth and proclaimed she would “blame herself and not know what to do for the rest of her life” if I didn’t have “normal feelings toward men.” Worrying that my mother might even take her own life, and despite having a father who, raised in the non-traditional life of circus performers, encouraged me to be my true self, I lied. I replied to this person I loved more than anyone, “Of course I do, Mum.”

COMING OUT: It Only Took Fifty Years has been described as a moving and inspiring call to action to openly love, and to love who you love right now. The memoir is a celebration of living an authentic life every day. The highest compliment I received was when my editor came out to her family the day after reading my story.

In my book, I share how, for a long time, I lived a double life as a polite straight daughter and a passionate gay lover. When I became a teacher and high school principal, I began living a triple life, adding a hidden nocturnal world centered around bartending in dangerous neighborhoods in Washington, DC, where I was hit by a rock, saw a gun pulled on a friend, witnessed fights, saw arrests, and experienced marches that pitted straights against gays. During this time, I jumped from girlfriend to girlfriend and dabbled in activities far different from the straight educator I portrayed by day. It was exhausting.

Many will recognize the stories of gay life I share now. From the days of Nomad Village and the Boat House in Dewey Beach to The Strand, the Renegade, and Cloud 9 in Rehoboth Beach, and including Phase One, the Lost and Found, and Tracks in Washington, DC. I did it all, meanwhile returning every Monday through Friday to the classrooms where I taught and the offices where I was high school principal wearing my business suits, high heels, and always lipstick.

After 30 years of career accomplishments, numerous short-lived gay relationships, and a few flings with straight girls, I finally met the beautiful, green-eyed blonde I would marry on a flawless September afternoon in Annapolis, Maryland. The intimate crowd included a few who did not outwardly endorse a same-sex marriage. At least they were there, especially our mothers, with expressions that were both loving and slightly wary. Decades had passed as I waited for my real life to begin and hid my sexuality to please the people I loved the most. And there I was, marrying the woman of my dreams and living honestly.

Against the backdrop of the burgeoning LGBTQ movement, today I have become a courageous trailblazer. Mine is a story of hiding, playing it straight, and finally living my truth. I hope sharing my story will help many who are in similar situations.

In The Boys in the Band, Michael remarks, “Show me a happy homosexual and I’ll show you a gay corpse.” My deepest wish is that there is not one homosexual on the planet who believes that. Do not make the mistakes I made. Openly love who you love. ▼

Janis “Jan” Mills is an educator and author. She may be contacted at jemills0921@gmail.com. Her book is available through Amazon, Barnes and Noble, and her publisher, Desert Palm Press. It can also be purchased at Browseabout Books in Rehoboth Beach, Delaware.