A Word of Thanks 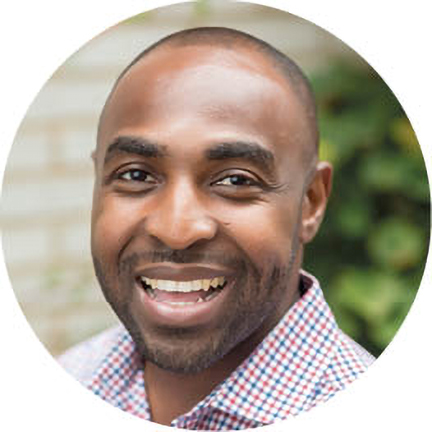 Good friends should make you better. A shopping trip with one of my friends made me better and hopefully has had ripple effects for other people over the years. I think about our time in that retail store and his actions often. He modeled something for me that has now become a habit. It seemed so simple, I wondered why I’d never thought before to do it myself.

We’d gone to brunch and going shopping afterward felt like the natural next step. We browsed several stores in the mall and picked up a few items. What made the trip to one store stand out was the great customer service and positive attitude from one of the sales associates. My friend had lots of questions and the sales associate had lots of answers, suggestions, and tips. The sales associate wasn’t just doing his job, he was doing it really well. I was impressed.

My friend purchased several items but before we left the store he circled around a few times in search of the manager. When he couldn’t find him on his own, he asked another sales associate if they’d be able to find the manager because he wanted to have a word. Honestly, I was a bit confused. Why would my friend want to speak to the manager after we’d just had a quality experience and he’d already bought a bunch of items?

Moments later the manager appeared, and my friend’s face lit up. My dear friend and fabulous shopping partner showered such high praise on the young sales associate who helped us that the manager started beaming too. I chimed in. It was a real love fest. We left the store happy with his purchases and happy to have been able to elevate the solid work of the employee—who at the height of holiday shopping season likely had been putting in extra effort and hours but didn’t show it. We appreciated it.

At that young age, I was grateful to my friend for modeling that kind of behavior for me. So often we’re accustomed to seeing someone ask to speak to the manager when something is wrong and they want to complain about what someone has done. But we don’t often enough call out or lift up when someone is doing something right or going above and beyond. We must direct more energy to that which we want to see grow.

This summer I was walking down the street and saw a woman pass out right in front of me. Thankfully, before she could hit the ground, I was able to catch her and hold her up. A driver spotted what happened, stopped his car, and got out to assist. I continued holding her up while he called for an ambulance. Two construction workers completing a job at the house across the street saw what was happening and rushed over to offer their help, too. The woman said she needed water. The two guys ran to their truck and returned with bottles of water for the woman and a couple of large orange traffic cones to place around the car of the guy who hopped out to assist. When the ambulance came the two paramedics spoke with her, took her vitals, and treated her as if she was their own grandmother. They got her and her groceries in the ambulance and were off.

Just before they left, I made a point to take a photo of their truck and get their names. I also took a photo of the side of the pickup truck from the construction guys. It had the name of the business and its phone number. When I made it home, I sent an email to the EMS chronicling what happened and the respectful job the two paramedics did that day. I also called the number of that construction company. The manager who I spoke with was surprised by my call and said that he only gets calls of neighbors complaining about the work of his teams. He’d never gotten a call from someone to tell him about the good that they’ve done. I was delighted to be his first; hopefully, I won’t be the last.

During this season of reflection and gratitude, let’s all be sure to thank and show appreciation to the people in our family, our friendship circles, and immediate colleagues—but let us also be intentional about thanking and lifting up others who we encounter on our journey. A word of thanks can make a world of difference. ▼

Clarence J. Fluker is a public affairs and social impact strategist. Since 2008, he’s also been a contributing writer for Swerv, a lifestyle periodical celebrating African American LGBTQ+ culture and community. Follow him on Twitter: @CJFluker or Instagram: Mr_CJFluker.