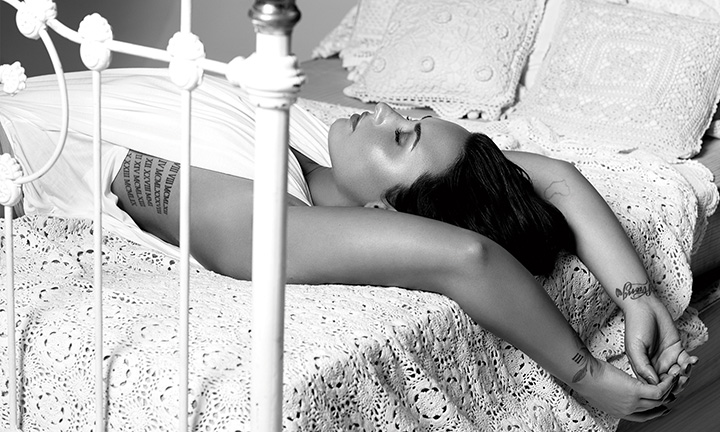 ‘Sorry Not Sorry’ singer talks gay icons, not pandering to the LGBT community, and opening up about her sexuality in new doc.

Whether it’s knowing the already-established history of her sexuality or recalling that time a man had a very visible erection on stage as she performed, Demi Lovato appreciates Demi-schooled journalists.

“Thanks for doing your research,” the 25-year-old singer-actress tells me. “I really appreciate and respect that.”

Her warm send-off caps our frank exploration of queer topics, including the Disney alum’s desire to maintain an air of mystery regarding her own sexual orientation.

While promoting her sixth studio album, Tell Me You Love Me, Lovato talked artists who pander to the LGBT community, daddy issues, and Mariah Carey, meanwhile thoroughly explaining her mindful decision to remain tight-lipped to the press about the gender of the person she’s dating. 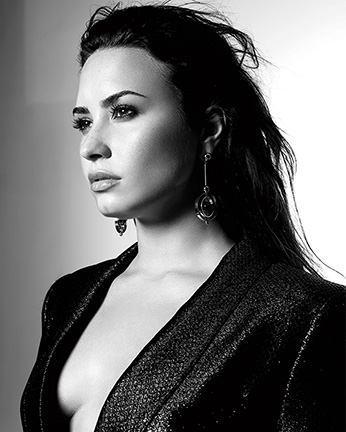 (Laughs) You know what, it was very interesting. I wasn’t paying much attention to what was going on behind me, but it was definitely a first-time experience...and it will probably be the last. Actually, who knows. It might not be the last!

You weren’t paying attention to it? And by “it,” you know what I mean.

I definitely noticed it, but I was trying to perform!

It was being called one of the most cringeworthy stage invasions ever.

Yeah, it was pretty cringeworthy.

While we’re on the topic of wangs, tell me how the first thing out of your mouth while accepting the GLAAD Vanguard Award last year ended up being about Nick Jonas’ penis, when you said yours is bigger than his.

It was a joke that I was thinking about saying before I went on because I know that everyone in the audience was totally daydreaming about Nick.

Was it even more special to have Nick present the award to you?

It definitely meant something that it was being presented by somebody who has been very, very close to me for almost 10 years of my life, but also, it felt really amazing that I was being awarded by a whole community of people. I wasn’t seeking an award. I was just doing what is right. And people should be accepting of the LGBT community. It’s a no-brainer for me. So, defending and standing up for the LGBT community is something that I’ve always been fearless to do because it’s just the right thing to do.

You’ve headlined many Prides and you even filmed your video for 2013’s “Really Don’t Care” at LA Pride. What has been your most proud Pride moment?

I think my most proud Pride moment would be getting the Vanguard Award. It was just amazing. It was just a really good feeling and I was so honored to get that award.

When in your career were you first aware that you had an LGBT following?

I was aware at the very beginning because I came out with a song called “This Is Me” for a movie called Camp Rock (in 2008) and I had gay guys tell me, “This song helped me come out to my family because this song represents who I am.” That was when I was 15, and that was really beautiful to me and really unbelievable and powerful.

You have become a staunch advocate for the gay community. I bet your late, gay grandfather would be really proud of your LGBT activism. I love what you said about him in 2014 on Trailblazers, a Logo TV special honoring LGBT civil rights pioneers. How did he influence the way you grappled with your own sexuality?

He definitely influenced me a lot. I actually would not like to talk about it just because I feel like—I think I outed him, actually, to some relatives, so it’s kind of a sensitive subject.

You didn’t know he wasn’t out?

How about other queer trailblazers that you’ve looked up to?

No—you know, I love who I love and I feel like I look at everybody who is outspoken about who they are as an inspiration and that’s it.

Your sexuality has been thoroughly dissected by the Internet after you alluded to being open to both genders. I want to give you the opportunity to speak on it as directly as you’d like.

Thank you for the opportunity, but I think I’m gonna pass.

“Cool for the Summer” became an anthem for people in the LGBT community, but AfterEllen, a lesbian pop-culture website, got the impression you were suggesting that same-sex intimacy has to be a secret. Was that message your intent and how would you respond to their feedback?

My intention with the song was just fun and bi-curiosity. I think people look at song lyrics—they look too into it. I wish I could tell that website to “chill the fuck out” and “take a break,” because it’s just a song.

I think we live in a world today where no matter what you do, you’re doing something wrong, whether it’s cultural appropriation or it’s being insensitive to certain groups of people. We just live in that age where everything we do is wrong and, unfortunately, everyone’s looking for a reason to have their voices heard, and sometimes it’s not always in the most positive way.

As someone who is an LGBT advocate, is there a reason you choose not to speak openly about your sexuality?

I just feel like everyone’s always looking for a headline and they always want their magazine or TV show or whatever to be the one to break what my sexuality is. I feel like it’s irrelevant to what my music is all about. I stand up for the things that I believe in and the things that I’m passionate about, but I like to keep my personal life as private as possible when it comes to dating and sexuality and all that stuff just because it has nothing to do with my music. Unfortunately, we live in a world where everyone is trying to get that soundbite and I am purposefully not giving the soundbite. Watch my documentary.

I have a documentary coming out on October 17 (on YouTube called Demi Lovato: Simply Complicated) and I answer a lot of questions in my documentary.

Yeah, some about that. Because if ever I want to talk about it, I want it to be on my own terms.

Then can we talk about how the drag queens are about to be practicing every song from this album for their routines? Because you guest judged RuPaul’s Drag Race. You know drag. What performance advice do you have for a drag queen who wants to do your new song “Daddy Issues”?

Ohh, I was thinking that would be a fun song for drag! I think a lot of people can relate to the lyrics, so just relate to it and then pour your heart and soul out into it. 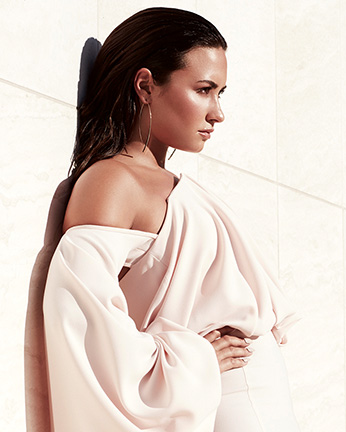 Is it important to have daddies on stage?

No, no, no. It’s actually coming from the point of view where it’s like, “I have daddy issues,” so you don’t have to dress as a daddy. I mean, you can if you want! (Laughs)

Do you have a desire to be a gay icon?

Have some singers tarnished the “gay icon” label?

No. Nobody has tarnished the label, but I’ve heard people say with certain people they are kind of using the fanbase just to get to that demographic. I never want my music to be for anyone. I want my music to stand up for them.

You don’t want to pander is what it seems you’re saying.

Yeah. I’ll never do that. If the gay community loves my music because they love it, then awesome.

When it comes to gay icons, the Chers, Madonnas, and Gagas of the world, which do you most want to share the stage with?

Even though you called her “nasty” for her J. Lo shade, and her response when asked about you was “I don’t know her,” you both have GLAAD awards and I want to see you two kiss and make up and record a song together.

I think she’s got an incredible voice and, you know, yeah, I’d love to share the stage with her.

As someone who has overcome obstacles to be the sober, confident, and empowered woman you are now, what would you tell a young, struggling LGBT person also trying to triumph over similar substance-abuse hurdles and body-image issues?

As editor of Q Syndicate, the international LGBT wire service, Chris Azzopardi has interviewed a multitude of superstars, including Meryl Streep, Mariah Carey, and Beyoncé. Reach him via his website or on Twitter (@chrisazzopardi).