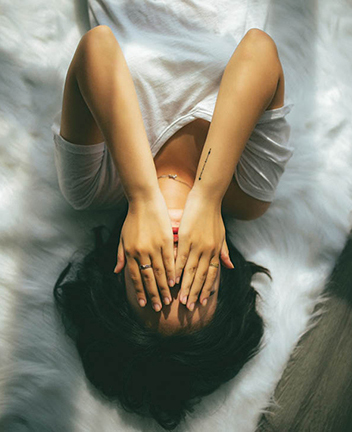 Needles and Travel and Triggers—Oh, My!

Since the start of the COVID pandemic to last Christmas, I hadn’t traveled at all. In fact, I found I was the happiest in my house—never leaving even to live, work, or play.

But recently, I’ve been traveling farther and farther away from my “safe zone.” My commute to the office, which has partially resumed, is an hour one-way. This past Christmas, I went on a week and a half vacation with my family to Florida which included Disney and Clearwater Beach. As I write this, I’m sitting in Phoenix, Arizona.

One might think that I missed travel, given that chronicle of the past couple months, and potential plans to go to Maine this summer and Disney again next winter. But the opposite is true.

I really dislike the process of traveling. So why do it? Well, besides liking the destinations (sometimes), I find it’s important to push myself outside of my comfort zone. If there are compelling enough reasons, I’m all too happy to shrink my world into about 2,000 square feet.

My early twenties were particularly hard for me, and I found myself dealing with a number of triggers. At about 26, I decided I needed help managing stress and triggers. I found a professional to help me understand my anxiety and help me manage it.

Technically, I have generalized anxiety disorder (GAD). I also have experienced episodes of panic, but it’s been years since I experienced a panic attack. In the past decade and a half, I’ve learned a lot. My therapist has taught me how to reframe situations, manage difficult emotions such as frustration and anger; I’ve even experienced self-paced exposure therapy. Now I’m in my forties and much better equipped to deal with triggers—but I still have to deal with them.

Often, depression is diagnosed at the same time as anxiety. According to the National Institute of Mental Health in 2020, 8.4 percent of US adults had a major depressive episode in the past year. The incidence of depressive episodes was highest among adults aged 18-25 (17 percent) and lowest among adults aged 50 and older (5 percent). Like anxiety, incidence of a major depressive episode was higher among women compared to men (10.5 percent vs. 6.2 percent). These trends are consistent with the Delaware Behavioral Risk Factor Survey (DE BRFS). According to the DE BRFS, 15.6 percent of Delaware adults reported ever being told they had any form of depression. As with national trends, women had a higher prevalence compared to men.

Most national surveys either do not capture data regarding sexual orientation and gender identity or, if they do, the sample is too small to report out findings. However, the National Alliance for Mental Illness reports that lesbian, bisexual, and gay individuals are twice as likely as their heterosexual counterparts to report a mental health condition. Transgender individuals are four times as likely to report having a mental health condition compared to cisgender individuals.

The good news is that there are many resources available to help manage different mental health conditions. There are a variety of different professionals including licensed social workers, psychologists, and psychiatrists. Different therapies can help someone manage their symptoms and triggers.

If you are looking for a professional, it’s important to interview them. It’s okay to ask hard questions and to find out their therapy philosophy. It’s a relationship—and for therapy to be successful, the relationship has to be built on shared values and goals.

For me, I found that exposure therapy was very effective in overcoming my fear of needles (trypanophobia). I no longer faint at the prospect of a blood draw. For my generalized anxiety, I’ve worked with a psychologist to identify triggers, reframe stressful situations, and better cope with daily stress. This process has given me a sense of empowerment and control over my life. There’s still work to be done. This is a lifelong journey, and I’m a better person for tackling the challenge. ▼

Stephanie Belinske is an epidemiologist and a public health doctoral student at Johns Hopkins University.

Photo by Anthony Tran on Unsplash